Smartwatches for businesses? Thoughts about the Samsung Gear 2

Home Blog Smartwatches for businesses? Thoughts about the Samsung Gear 2

Michael Pietroforte  Tue, May 27 2014Tue, May 27 2014  android, hardware  0
I have been wearing a Gear 2 on my wrist for a couple of days, and I am beginning to wonder how long it will take for IT to start managing smartwatches.
Contents 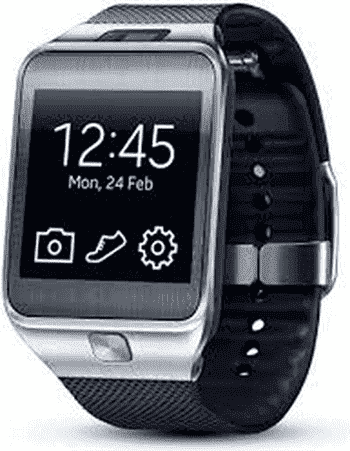 The main reason I wanted a smartwatch was because I usually run after every new trend. I had to be one of the first who had a computer at home, which was about 35 years ago (a Commodore CBM 3032). It cost a fortune for a high school student, and all my friends believed I was out of my mind. It was like that with the Internet, smartphones, e-readers, and a dozen of other new technologies.

When I bought the Gear 2, I knew that I didn’t really need a smartwatch; however, I was quite sure that I badly wanted one. I had considered the Gear (1); however, reading so many negative reviews helped keep my innate new-trend disorder in check. After measuring my time with the Gear 2 for a day or so, I knew that I would never wear a conventional watch again.

Email was the last feature I had in mind when I imagined myself proudly walking along the street with my new gadget. I mean, I always bring my smartphone, so I have access to my emails wherever I am anyway. However, checking my emails on my watch is one of the features I use most often now.

The point is that you don’t have to grab your phone after every beep-beep. Instead, whenever my watch vibrates, I have a quick look at my wrist to find out whether it is worth taking a longer look. The Gear 2 automatically displays the sender and the subject of a new email. With a tap, you can start reading the email and, if you think the message needs more attention, you can tell your watch with another tap to open the message on the phone.

I believe that this is a killer feature for many of your users. Imagine being in a meeting. If you respect the people in the meeting, then your phone is in silent mode and you don’t start fiddling with it whenever it starts blinking. On the other hand, a watch that vibrates, unnoticeably to other people nearby, is a different animal. Since the device is close to your skin, the vibration is hard to miss in contrast to a vibrating phone in a pocket. More important is that looking at your watch is not as impolite as playing with your phone. In most cases, you don’t even have to move—a glance at your wrist will do. 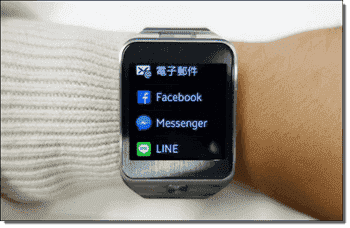 Essentially, what works with email works with any app on your phone that is capable of receiving notifications—SMS, instant messaging, your favorite monitoring apps, you name it. You can use the Gear Manager on your phone to configure which apps are allowed to send notifications to your watch. (I guess you know that Samsung watches officially only work with Samsung phones and I admit that I strongly dislike this Apple-like style.) 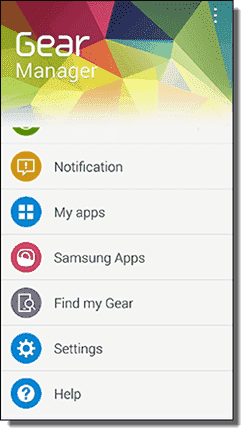 Are you wondering whether you can use your watch to write messages? You can’t, really. What you can do is reply with predefined templates: “Yes,” “No,” “I’ll call you later,” “Go to he…”. Unfortunately, on the Gear 2, that only works for SMS. I also don’t understand why I can’t reply with a voice message considering that the watch has a microphone. Room for improvement.

To all Knight Rider fans: yes, you can now talk to your watch. It’s amazing that it took our engineers more than 30 years to bring David Hasselhoff’s watch on the market. The Gear 2 allows you to answer phone calls with a tap on the display. The watch has a speaker and a built-in microphone, and you can connect a Bluetooth headset to the watch. 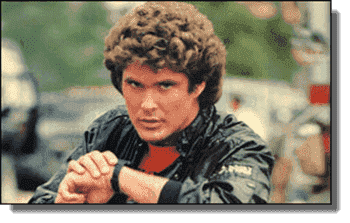 It is also possible to initiate calls from the watch. Your phone’s address book is automatically synced with the watch. If you have many entries in your address book, the watch needs some time to find the right contact. Most people will be faster with the phone. However, you can use the S Voice app to give commands to your watch, which also works for phone calls.

Note that your Gear 2 has to be in Bluetooth range to your phone for calls and for any communication features. You can consider the watch as a terminal for your phone. By the way, the Gear 2 complains by vibrating whenever the phone is out of range. This feature prevented already several times that I forgot my phone and you can see it also a security feature because it will make it more difficult for thieves to get hold of your beloved phone.

So why would a business user want a watch for phone calls? The number one reason, probably, is to impress other business users. What worked so well with the iPad when it was new will work even better when the innovative manager starts talking to his watch in the cafeteria. However, satisfying our gorilla-chest-beating instinct, from which most males still suffer nowadays, is not the only useful feature of the phone call feature.

The watch can replace the hands-free kit in the car. You can accept calls while walking without laboriously dragging out your phone. And, you will never have to rush to your phone next door when you expect an important call. I think all kinds of users who spend most of the day on the phone (sales, PR, our mothers) will like this feature.

One of my favorite features of my first smartphone was that I could sync my calendar with the phone. I stopped using a paper calendar long ago. Bringing my calendar with me wherever I went was a nice experience. Even better was that my electronic calendar could also remind me of an upcoming event, something where every paper calendar falls short. In a way, the calendar on a smartwatch is the next step into this direction. A watch is just a better tool than a phone when it comes to all kinds of notifications. The watch is always close to your body, shaking your arm discreetly whenever you need to be reminded of something. This way, you will hardly miss a meeting again. Unfortunately, the Gear 2 only syncs my Outlook calendar, but not my Outlook tasks, with the phone. Room for improvement.

Yes, you can use your phone for voice memos too. This applies to almost all features of a smartwatch. As noted before, for some functionality, a watch is just the better tool than a phone. The point of a voice memo is to quickly hold on to an important thought. The faster you can take down your great new idea, the better. The watch is always in reach and doesn’t have to be dragged out of the pocket. The Gear 2 automatically syncs new memos with the phone. I think it is a great feature for all creative people who earn their money by producing new ideas.

Computers are so useful because they can run applications. A conventional watch can’t run apps, which makes it a poor contender. In the long run, all hardwired watches will disappear, just like hardwired word processors (typewriters) disappeared. Try to explain why Word is better than a typewriter. It is more difficult than you think, even though it is self-evident, and I still remember the times when it was anything but self-evident for most people.

At the moment, the number of features for businesses users is limited. This will change quickly. I can already imagine future applications. For instance, I would like to sync notes with my watch (Evernote is available for the Gear 1), and it would be great if my watch could read aloud my emails, articles, and books. It is certainly also only a matter of time until smartwatches will be independent phones and Internet devices, and even support video conversations (the Gear 2 allows you to capture short videos and pictures).

Its closeness to the body, we will allow new functionality for which a phone can’t be used. For example, the Gear 2 can measure your heart rate. I think an app that warns you in a meeting to hold back a comment because your heart rate is above 100 could be quite useful and might save the jobs of many impulsive people. You are laughing? Then read this. So far, you can use the heart rate feature of the Gear 2 only for the exercise apps.

The Gear 2 can also measure how well you slept by measuring the time you spent motionless. I suppose that would be a nice app for some government agencies. Future smartwatches will be able to capture a lot more information from your body. I am thinking of things like blood pressure, body temperature, and blood glucose.

I think you got the point. Just as computers, in the beginning, were useless gray boxes for most people, it is only a matter of time until the app your grandmother always needed becomes available for smartwatches. As of matter of fact, ever since computers appeared on this planet, they moved closer and closer to humans.

The first computers were hidden somewhere in the basement, and you had to go there to use the machine. Then, computers suddenly appeared in our offices and in our living rooms. Next, we allowed them to sit on our laps, and now you hold a computer all day in your hand and can’t stop fondling it. Smartwatches and other wearables, such as smartglasses, are just the next step closer to our bodies. In a year or two, you will stick a phone on your skin and if you saw the movie Transcendence, you know how close computers will be to us in the future. 😉

Do you disagree? Do you believe talking gorillas will always want to wear a Rolex or will Apple’s iWatch work even better as a status symbol? Complain in the comments below!