Timothy Warner  Tue, Nov 5 2013Tue, Nov 5 2013  file tools, office, sharepoint  0
A common question for administrators looking at Office 365 is, “What if our company suffers an Internet outage?” As it happens, SharePoint 2013 includes many options for syncing user data offline.

The big fear for Office 365 administrators is how users can remain productive in the event of an Internet outage. After all, we presume that the vast majority of the company’s business is performed from SharePoint 2013 lists and document libraries.

Even for on-premises environments, we have need for offline data synchronization. For instance, what if some of our users work from company-issued laptop computers and they cannot reach the internal SharePoint server from remote locations?

Let’s have a look at the primary ways in which SharePoint 2013 users (either on-premises or cloud, it doesn’t matter) can make local copies of their data and resynchronize with the server-based copies once their computer reconnects to the SharePoint farm.

SkyDrive is a useful but blindingly confusing offering. On one hand, we have “SkyDrive,” which is the consumer-based cloud storage solution that looks, acts, and feels very much like Dropbox, the service’s chief competitor.

On the other hand we have SkyDrive Pro, which is supposed to be the business-class version of SkyDrive. One reason among many that the terminology is weird is that in SharePoint, each user has their own personal storage area called their SkyDrive Pro repository. If the company uses Office 365, then this naming convention seems reasonable.

But what if the company is an on-premises shop? Why call storage that is being locally provisioned and managed SkyDrive Pro? Anyway, let’s leave that aside for a moment.

SkyDrive Pro is also a client-side application; there are varieties for Windows Desktop and just about all mobile platforms. Windows 8.1 includes SkyDrive/SkyDrive Pro functionality in-box. For older operating systems, you can download the SkyDrive Pro client directly from the Microsoft Download Center.

Once installed, SkyDrive Pro runs in the system tray just like Dropbox does. Right-clicking the notification icon brings up several useful options, as shown below. 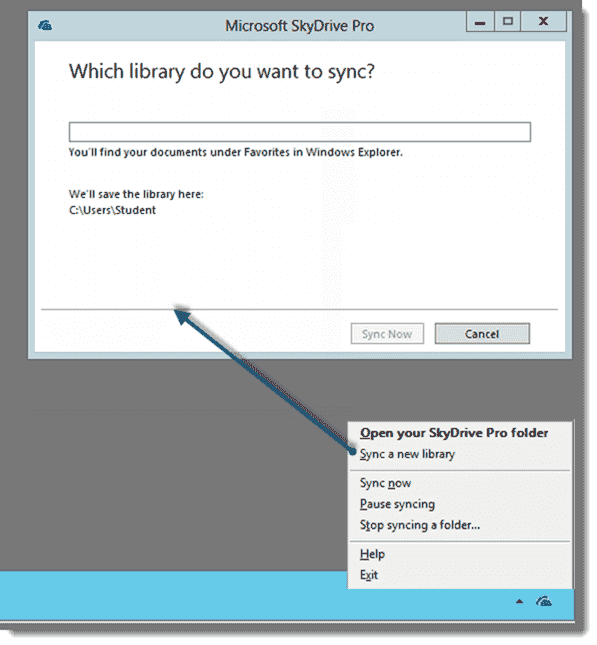 We can sync SharePoint files offline by using the SkyDrive Pro client.

The way I suggest that users employ SkyDrive Pro isn’t monkeying around with the client application directly, but instead browsing their company’s SharePoint portal until they find a document library they would like to take offline and clicking Sync from the top navigation bar.

Performing this action invokes SkyDrive Pro if the tool is installed on the computer and asks the user if they want to take the library offline. 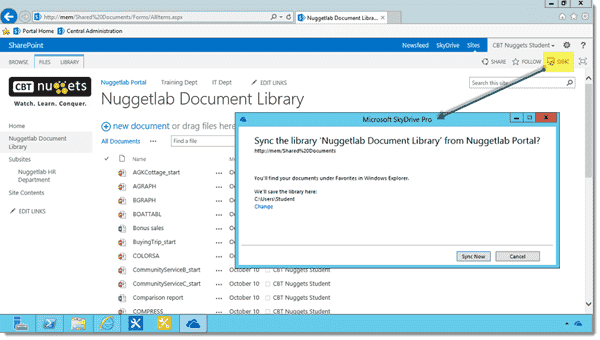 The user is then free to work off the local copies of the files. Note that SharePoint document management restrictions remain in full force. That is to say, stuff like check out/check in, version control, metadata fields, and so forth are enforced even when the user employs their local copy of Office 2013 applications.

We must remember that just about any user-facing asset in SharePoint is a list. Even document libraries are specialized lists. To sync a list offline, browse to the target list in the SharePoint portal, open the List Ribbon tab, and click Connect to Outlook from the Connect & Export group. 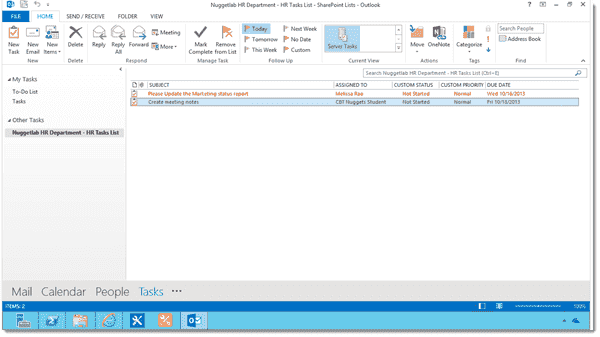 We can interact with SharePoint lists fully by using Outlook 2013.

Connecting a list to Microsoft Outlook 2013 allows the user to interact with the list items with 100 percent parity. For instance, take a look at the screenshot above: We can manage these task items to the very same degree we can do so from within SharePoint itself. Feasibly, once a list is synchronized with Outlook, you may not ever have to revisit the portal-based list again.

Microsoft formally discontinued SharePoint Workspace 2010, but you can still purchase the software from Amazon, eBay, or a number of other resellers. According to Microsoft, SkyDrive Pro replaces Workspace. However, as I just told you, SkyDrive Pro cannot synchronize SharePoint lists, which introduces a functionality problem for shops that may not be big fans of the Microsoft Outlook client.

The looming, obvious question at play is, of course, “Does SharePoint Workspace 2010 work with SharePoint 2013?” The answer is, believe it or not, an enthusiastic “Yes!” 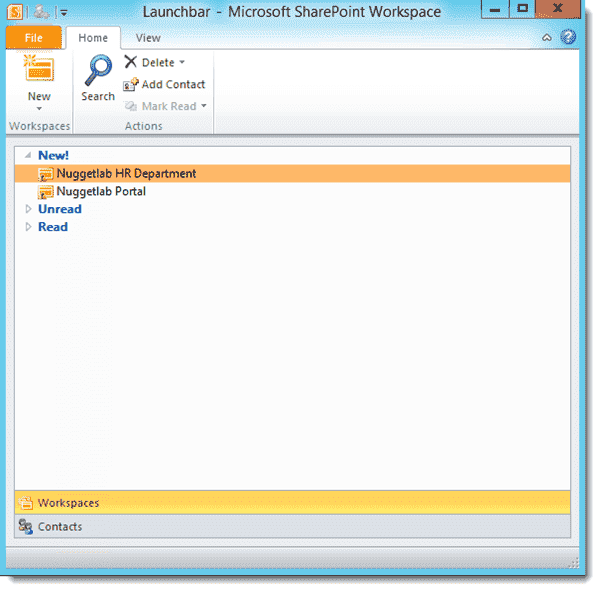 Believe it or not, SharePoint Workspace 2010 can sync SharePoint 2013 site contents offline.

We can use SharePoint Workspace 2010 to sync entire SharePoint sites offline—lists, libraries, the works. Workspace also performs bi-directional data synchronization with the live SharePoint server just like SkyDrive Pro does.

Two important tips, though: Number one, make sure that you download all available updates for SharePoint Designer 2010 so the tool can be made aware of SharePoint 2013-specific changes such as Workflow Foundation v4 and the app model. If you don’t update, you’ll definitely encounter synchronization errors.

Number two, you may find some “competition” between SharePoint Workspace 2010 and SkyDrive Pro if they are both installed on your system. The best practice advice is to re-run the Workspace setup program and to specify the “repair” option.