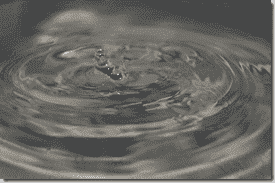 In my last post, I discussed the typical arguments when it comes to the question of whether it is justified to skip Windows 7. Today I will put forward three somewhat unusual arguments that are, in my view, even more decisive.

My last argument was that the new Windows 7 features will increase overall user productivity. However, the mere practical effect of the new features is only one side of the coin when it comes to productivity. On the other side is the often underestimated user motivation.

It is true that some users are reluctant to learn new things and hope to keep their current OS as long as possible. But I’m guessing they’re not the most productive ones in your organization anyway. On the other hand, those users who are open to changes probably will have Windows 7 on their private PCs soon. It will certainly have a negative effect on their motivation, if you give them outdated equipment at work. Would you want to work in an office with furniture that hasn’t been replaced for the last 20 years?

You might say a desk is desk and a chair is a chair. Users only have to sit at a desk anyway, and a Windows XP PC doesn’t stand better on a new desk. But the truth is that modern motivational psychology has found that the so-called flow is an even more important factor than the person’s motives when it comes to motivation. To put it simply, you could say that a user who has more fun at work will work better. And there is no doubt that the most productive users who embrace innovations easily will have more fun working with a modern OS like Windows 7.

It is a general rule of thumb that skipping a desktop OS version will only cause more costs in the long run. Of course, there are exceptions, but in my experience these cases are rare. There are not just the costs of higher infection rates and lower user and admin productivity. The main point here is that ruptures always amplify the effort necessary to resume normal operation. Of course, any new OS causes such ruptures. This is the main argument of the “skippers.”

However, the bigger the gap, the more energy is required to jump to the other side. Admins who are already familiar with Vista can now focus on the new features in Windows 7 and deploy the new OS without time pressure. Admins who still live in the XP world have to learn the Vista part of Windows 7 plus the new enhancements. Once the new PCs are there, the new OS has to be deployed quickly. The greater the time pressure, the more likely are the mistakes which will only cause more ruptures.

This argument also applies to end-users. The more they have to learn about their working environment in a short time period, the more it will affect their daily work. The smoother the transition to a new level, the less turbulence. This is what chaos theory tells us, and we all know that a complex Windows network is the perfect playground for chaos experts.

I think many CIOs and CTOs are much too dependent on what others are saying about Windows. Fifty-nine percent of businesses that skipped Vista never tested the operating system. How did they come to the decision to skip? And what about the 40% that already plan to skip Windows 7? Did they just skim over the feature lists?

Of course, the new features are the very reason why we upgrade. However, in my view it is impossible to really predict the exact benefits of a new OS. How do you calculate the costs that a computer worm will cause if it interrupts your business for a couple days? You can’t know in advance whether your network will be affected or not if you skip Windows 7. Past statistical data is often useless because IT is evolving too fast. Moreover, the number of new features every new OS version introduces is usually just too big to anticipate the concrete influence on productivity.

The only thing that is certain is that 5,000 engineers who have been in contact for years with thousands of businesses out there will always create a new OS that will be significantly better than its predecessor. Those journalists who know of a Windows version where this was not the case, must be smarter than those 5,000 engineers.

Of course, this doesn’t mean that you should always upgrade without even evaluating a new OS. If you have incompatible applications or hardware, then upgrading is probably not an option. And If you see that an upgrade would cause too many troubles because of the peculiarities of your environment, then skipping Windows 7 makes sense. Perhaps you are thinking that Windows 7 is just too expensive or that there are better operating systems. Maybe so.

However, concluding that your organization can do without the new Windows 7 features after reading a couple of reviews is certainly grossly negligent. I think for many of the 40% who already know that they will skip Windows 7, it should be enough to sit back for a moment and think about what they really know about the latest Windows version in order to acknowledge that they are not really able to make this decision yet.