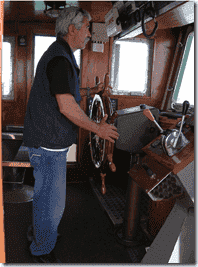 According to a recent survey, 60% of all businesses plan to deploy Windows 7. This is good news. It’s not just because of the positive press Windows 7 received; it probably is mostly because many organizations have skipped Vista and now have to purchase new PCs. However, I suppose if this survey were about Vista the result would have been that 40% of business already plan to skip Vista. Anyway, this article is for the “skippers” who try to get out of the way of new Windows versions the way captains try to avoid icebergs.

The number one reason for deploying Vista was certainly security. Regular readers will probably start rolling their eyes, moaning “not again.” But when it comes to security, one can’t wag one's finger too often. It is important to point out that according to new data from Security Essentials users, it is not just that XP is much more vulnerable than Vista; it appears that Vista is even more vulnerable compared to Windows 7. I wasn’t surprised to learn that, of all infected PCs, 52% were running Windows XP and only 32% Vista. But the fact that only 17% run Windows 7 seems to be surprising at first because Windows 7 and Vista are not that much different. One could object that this data is from Microsoft. Of course, they want to make their latest offspring look as good as possible. However, I think, this big difference can be partly explained by the fact that many of the Windows 7 machines were just installed and did not have enough time to get infected. Nevertheless, there is no doubt that Windows 7 is the most secure Windows OS. I am positive that long-term data will prove this.

Given the fact that Windows 7 is hyped by the media and analysts, it is obvious that most ISVs and IHVs will now focus on the latest Windows version. Of course, they will all officially support Windows XP and Vista for some time. However, claiming compatibility is one thing; commitment is something different. If it is correct that 60% of all business will upgrade to Windows 7, then the share of XP machines in corporate environments will soon decrease, and within a short time period, XP will no longer be the norm but the exception. In the IT business, it’s always a problem if you belong to a minority, because it is less likely that compatibility issues will be detected. And if you still have applications in your organization that have problems running on Windows 7, then you can make use of the new XP Mode feature.

Windows 7 also has a few new features for admins, but here the big changes certainly came with Vista. Most noteworthy probably is that Vista was the first Windows version where Microsoft acknowledged that imaging is a far better OS deployment method than unattended installations. The end of the HAL hell simplified OS deployment, significantly. If you are moving from XP to Windows 7, you will learn to appreciate this feature. In organizations having many users who are working from home or travel often, Windows 7 comes with quite a few important network-related enhancements that will make an admin’s life easier.

I strongly believe that every new Windows version increases productivity. People often have problems seeing this because many of these tiny enhancements that come with every OS seem to be negligible. Maybe the new Windows 7 taskbar or the Jumplists improve productivity. But does this really justify deploying a new OS in the whole organization or even buying new PCs? I believe, most people underestimate the importance of the sum of all user interface enhancements. Every user works differently, but the likelihood is quite high that each user will find at least one feature that increases his or her productivity significantly, and this implies that the overall productivity of the entire organization will be increased. The problem is that this is hard to prove. That’s why it’s quite easy for the skippers to say that their users only need email and the web to do their daily work, so it doesn’t really matter if they use Windows 7, Windows 95, or even Snow Leopard. However, there is one factor that can’t be easily explained away when it comes to user productivity. This will be the first topic of my next post.