Seven reasons to stick with Windows XP? The angst of the unknown

Home Blog Seven reasons to stick with Windows XP? The angst of the unknown 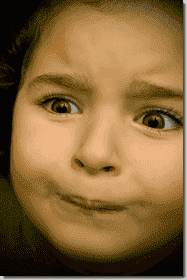 Adrian Kingsley-Hughes from ZDNet believes there are seven reasons to stick with Windows XP. I would like to express my opinion about each of his claims in this post. But first read this warning: If you are a Windows XP fan and dislike sarcastic rants, you had better not only skip Windows 7 but also this article.

Okay, you obviously ignored my warning. So let me first raise your adrenalin level a little before we tear each of Kingsley-Hughes’ points into pieces.

I have already outlined that skipping an operating system version is a mistake in most cases. I know that a large number of admins are "skippers". And it’s no wonder. Admins tend to be overworked, and operating system upgrades usually just mean more stress for a certain time period. That’s why they easily fall for such false arguments as those presented in this ZDNet article. The fact that the majority of the readers voted for this article proves it. Telling your boss that you don't like to upgrade to a new operating system because you don't want to work more for a certain time period is probably not the smartest thing to do. But repeating "arguments" published in a well-known magazine that even your boss finds appealing might foster your career and your leisure time as well.

Okay, if you are a skipper, you are now well prepared for what comes next.

Stick with what you know

This is my favorite. "Stick with what you know" translates into "Don't even try to learn something new." "Learning curves" are dangerous paths which we should "bypass altogether." How can a writer ever publish something like this? This is very close to "Never read again" or at least "Never read Kingsley-Hughes again."

Adrian Kingsley-Hughes is afraid of the "unknown." Well yes, computers are mysterious beings and their future behavior is often unknown to us, particularly if compatibility issues arise after an operating system upgrade. Of course, moving into uncharted territory always causes uncertainty and you have to weigh the gains against the risks. But Kingsley-Hughes believes that "the best research and testing" can "never truly eliminate" the "unknown." Thus, he tells us weighing the risks is pointless because it is doomed to fail anyway. It follows that if you want certainty, you had better never upgrade. But rest assured that another thing is very certain then. Sooner or later your company will also be unknown because it will cease to exist.

Let me cite the first sentence of this claim:

While many people like to cling on to the belief that upgrading operating systems will save them money, in the real world this is rarely the case.

Please read this sentence again. Now tell me what is wrong with it? How often has your company upgraded operating systems, and why? If you are Kingsley-Hughes fan you probably would say "But only because the Microsoft-Intel cartel forced us." Is that so? Did they also force you to replace all the typewriters with word processing systems in your company? Yes, this also cost a lot of money. The point here is that "avoiding costs" is not the same as "saving money." The word that differentiates these two sentences is called "investment." If Google had invested more in their IT infrastructure and replaced all their XP machines with Vista earlier, they would have never been hacked by Chinese hackers. Google’s reputation has been tarnished, and many companies will now hesitate to invest in Google's cloud infrastructure. Believe me, sticking with XP didn't really save Google any money.

XP is still supported by Microsoft

Last time I checked, Microsoft still supported XP. Yes. So what? By the way, Windows 2000 is supported until July 2010. Perhaps this is a good reason to downgrade your XP machines to Windows 2000 until then? We don't know whether Kingsley-Hughes would recommend this. However, we do know that "support" and "support" are two completely different things for Microsoft. "Extended" support until April 2014 doesn't mean that they will offer more support for XP. It means all you get are security updates. They won't even fix bugs any more. Hence, if a yet unknown XP bug crashes one of your central apps in 2013, it is unknown but highly uncertain if your company will survive.

This one surprised me. It appears upgrading third-party components does not lead into the unknown. Perhaps the "certainty argument" only applies to Microsoft software. I don't know. I have to cite the Google hack incident again to demonstrate how wrong this argument is. Security updates for applications and the operating system are necessary, yes, but by no means are they sufficient to "stay secure." We are living in a fast-moving world. The number of hackers and crackers out there is increasing every day. To stick with a hopelessly outdated operating system is not only insecure it is also grossly negligent. Besides, if you constantly upgrade your whole IT infrastructure except your operating system, you will run into compatibility issues and be plunged into the "unknown" faster than you can deploy patches.

Do you really need to upgrade?

Kingsley-Hughes suggests that you think about it. Thinking is always good, even if you are exposed to the danger of having to learn more about the unknown. Unfortunately, the result of Kingsley-Hughes' thinking is also unknown. No, seriously. Don't even start to think "how those new features will translate into value for the money." This bad habit has become quite popular lately. The point is that it is absolutely impossible to relate such a complex piece of infrastructure as Windows to the earnings of a company. There is no formula that translates features directly into the value of money. This is why the skippers have such an easy win. If you can't calculate the exact value of improved security or central management, then there probably is none, they argue. But this is just nonsense. It is a matter of fact that worldwide productivity skyrocketed because of the introduction of IT, and in fact, the accelerating advancements in hardware and software technology still increase productivity year after year at a never seen accelerated pace. Of course, the Windows ecosystem is a major component in this process. Falling technologically behind competitors has never been riskier than in these days. So after evaluating Windows 7 in detail, I can tell you the outcome of my thinking: Yes, you do really need to upgrade.