Wolfgang Sommergut  Mon, Oct 3 2022Mon, Oct 3 2022  active directory, antivirus, group policy, windows  1
Together with the release of Windows 11 2022, Microsoft published the corresponding security baseline. It recommends activating a whole range of additional group policies, most of which are new with this OS version. One main focus is on safeguarding printers.

The security baseline is a collection of recommended settings for group policies. It represents the manufacturer's best practices and configures settings even if they are already secure by default. This prevents users or admins from changing them in unfavorable ways.

Microsoft is usually quite conservative when recommending new security settings because they can easily lead to compatibility issues or impact the user experience.

However, the baseline for Windows 11 2022 introduces several new policies with this release. Some of these were previously included in SecGuide.admx, which is part of the security baseline.

Most of the additional settings now recommended are related to printing. This is not a big surprise, as several serious vulnerabilities have been discovered in the corresponding subsystem over the past year.

In addition, it introduces four settings for communication with the print spooler via RPC: 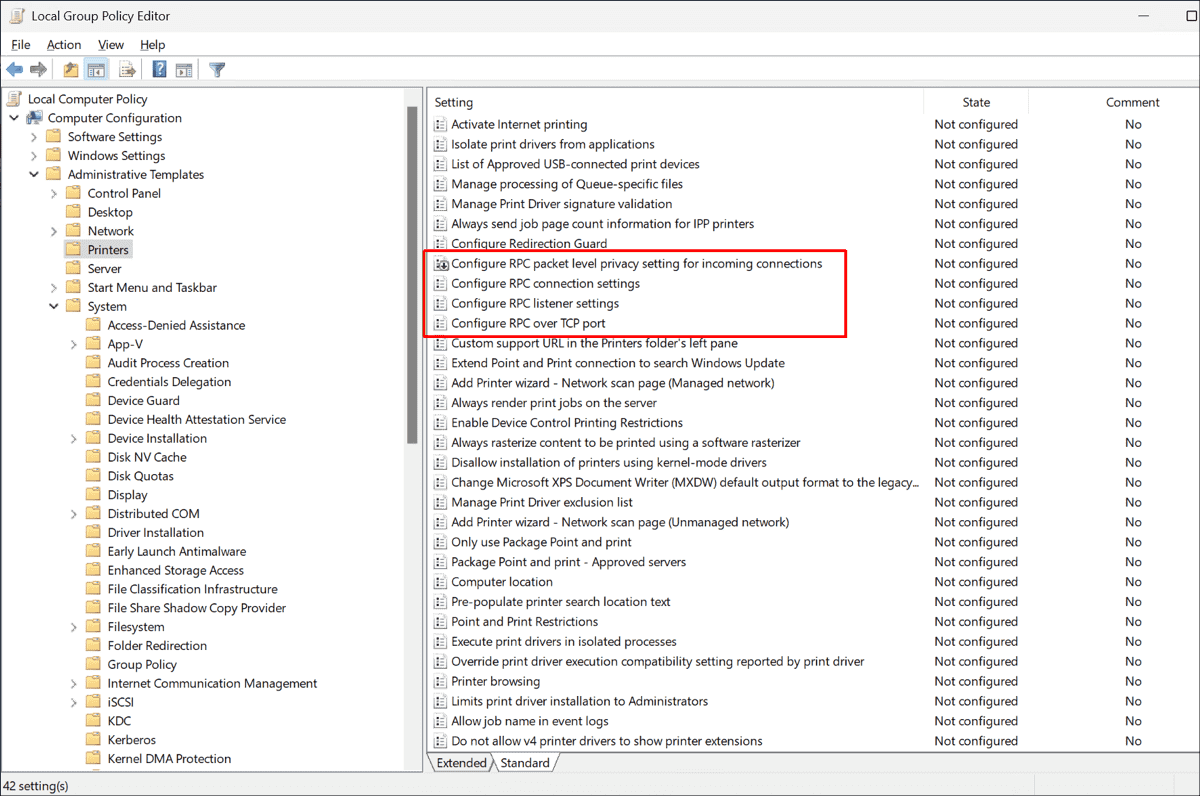 There are two more settings for the printing system:

Windows 11 2022 extends SmartScreen's protection against phishing attacks. To do so, it monitors when users enter their credentials in web applications. If these are known phishing sites or other malicious sites, then it prompts users to change their passwords. If they do not do so, then they receive a warning as soon as they use the password in another application or website.

In addition, the feature monitors whether users save their Windows passwords in Office documents or text files and warns them about this behavior, if necessary. 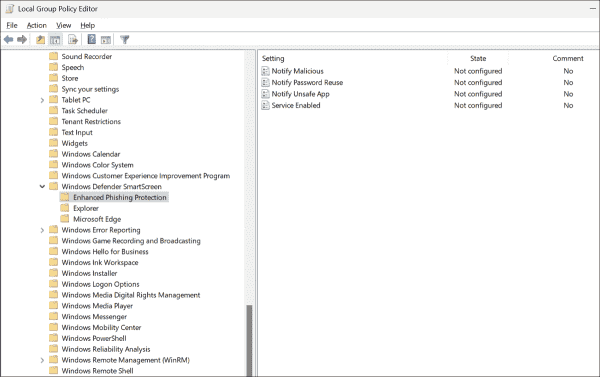 It contains the settings for the purposes described below.

In addition, Microsoft has added another rule to Attack Surface Reduction (ASR). It is called Block abuse of exploited vulnerable signed drivers. As usual, there is no separate group policy for this; rather, you enter a GUID and a numerical value for the desired action in a table for each rule. The documentation for the newly added rule can be found here.

Allow Custom SSPs and APs to be loaded into LSASS: The Local Security Authority Subsystem Service (LSASS) allows third-party providers to plug in their own modules for login. This allows them to customize the login, for example, to enforce password rules or MFA. However, this possibility can be abused by malicious players for attacks. With the new setting, admins should close this gap if no such add-on is used in the company. 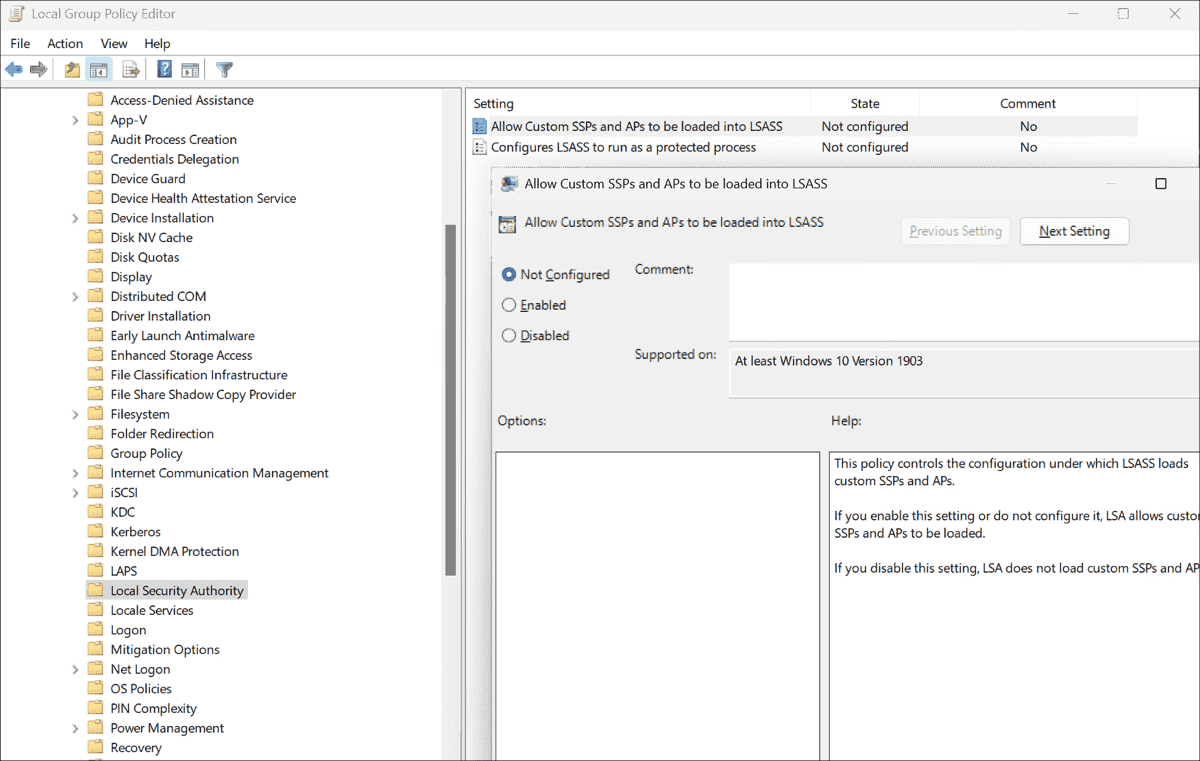 Configure LSASS to run as a protected process: This setting is the successor to LSA Protection in SecGuide.admx, but it is only available in Windows 11 2022; on older versions of the OS, you must stick with the option from SecGuide.admx.

Allow Administrator account lockout: As with other accounts, this can now be used to prevent possible brute force attacks on the integrated local administrator. 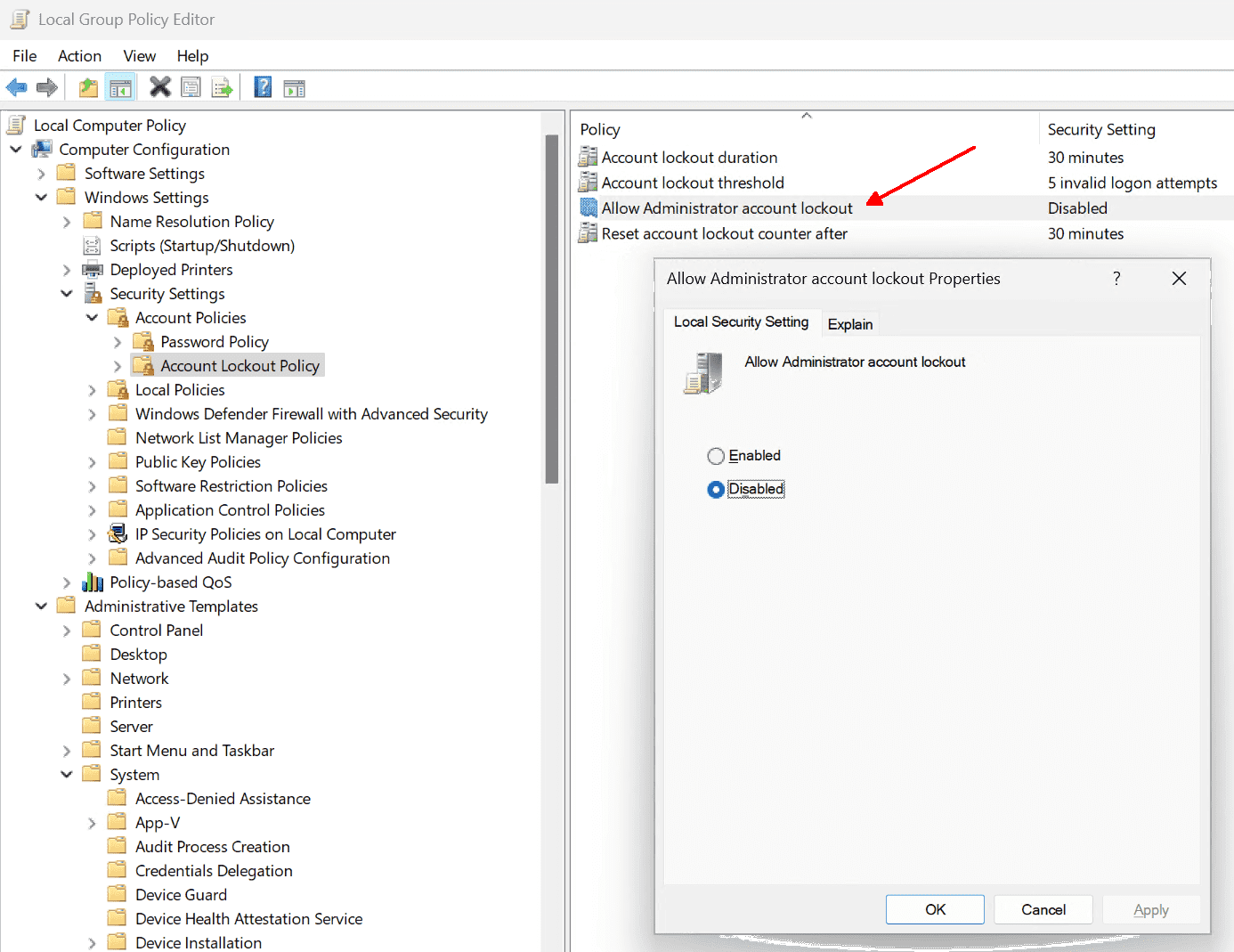 The new release of Windows 11 includes a setting that can be used to disable NetBIOS. This measure has been considered best practice for a long time, but until now, there has been no group policy for this purpose.

It can be found under Computer Configuration > Policies > Administrative Templates > Network > DNS Client and is called Configure NetBIOS settings. 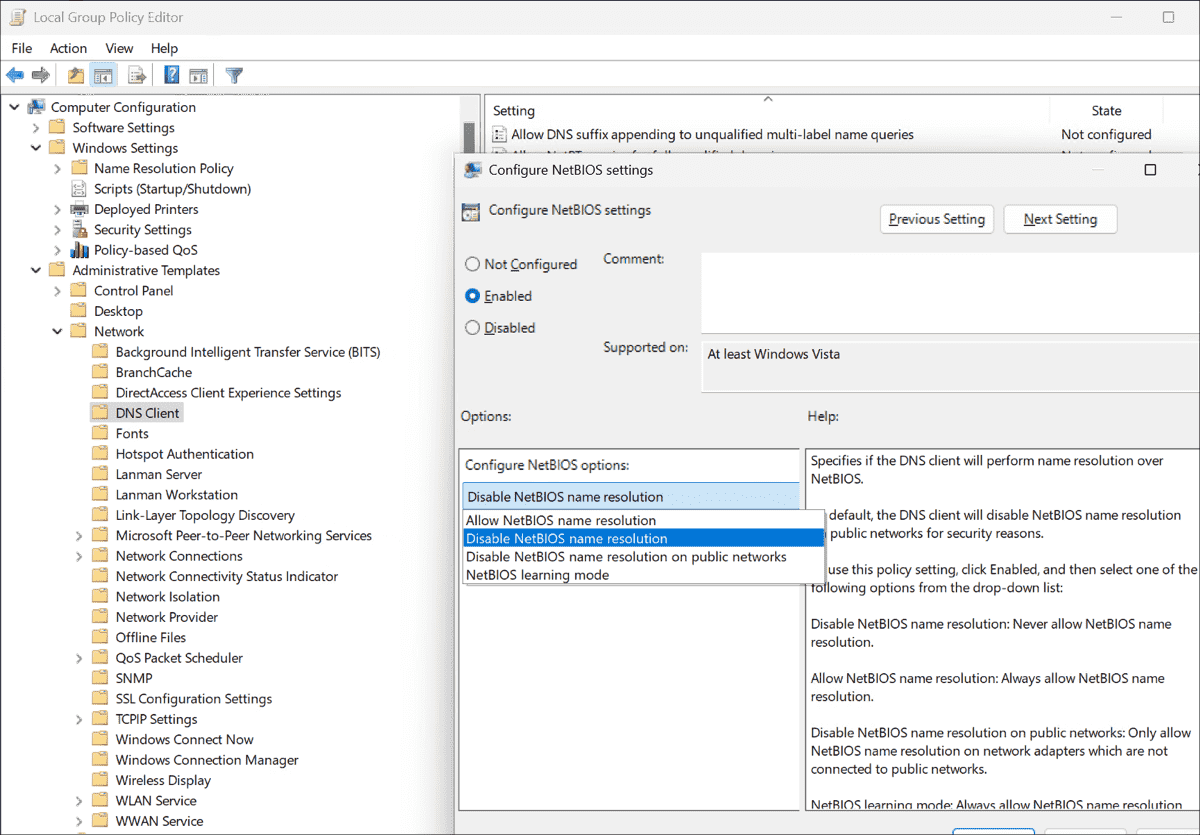 It doesn't only allow simply switching NetBIOS on and off; rather, it can disable it only in public networks, for example. However, the security baseline recommends completely disabling the outdated protocol, if possible, for compatibility reasons.

The support for DNS over HTTPS (DoH) introduced with Windows 11 and Windows Server 2022 secures DNS queries and thus prevents DNS spoofing. However, Microsoft currently considers it premature to recommend the use of DoH.

Windows 11 2022 introduces another technology for hardening the system kernel, which makes use of the hypervisor and modern hardware. It requires at least Intel Tiger Lake or AMD Zen3 processors. In addition, HVCI must be enabled. 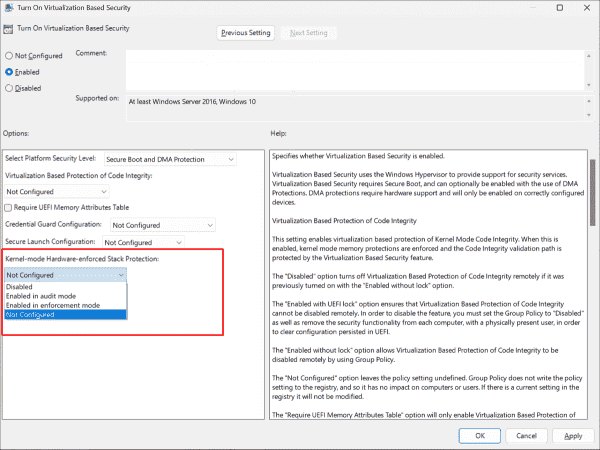 Considering the relatively few new features in Windows 11 2022, the OS brings a surprising number of settings to increase security. Most of these have been included in the security baseline.

Microsoft has paid particular attention to securing the printing system, which has been affected by several critical vulnerabilities in the recent past. The additional protection mechanisms in Defender and the hardening of the logon process are also noteworthy.

Finally, many admins will appreciate the fact that NetBIOS can now be (selectively) disabled via group policy.