Secure email and privacy in the cloud with Proton for Business

Proton was created as a crowdfunded project that originated in Switzerland in 2014. Its founders wanted to give people control over the privacy of their digital world and to have private, secure email. Proton did this before GDPR and other privacy acts became law in today's modern world. Its founding mission has been to protect both identity and data to prevent having your data sold or stolen and to help secure your data from cybercrime. Today, Proton has millions of users around the globe.

What is Proton for Business? ^

Proton for Business is a turnkey SaaS solution that provides businesses with a suite of end-to-end encrypted apps to keep business data secure. By using the Proton solution and its inherent encryption, companies can meet compliance requirements regarding data such as PII, financial information, and other sensitive data to be protected.

It provides the following features:

How does Proton for Business implement the zero access and end-to-end encryption technologies?

Most cloud providers keep the encryption key to read emails and communications for targeted advertising purposes. However, when their servers are hacked and compromised, attackers can access the encryption key, allowing them to read your data. Since Proton's goal is privacy and security and not advertising, their zero-access encryption approach is much more secure.

They also use end-to-end encryption, complete encryption from start to finish. For example, if a Proton user sends an email to another Proton user, the data is never visible, even to Proton, during the exchange. With these two encryption mechanisms, your information is fully protected and only visible to those you choose.

There are three Proton for Business plans:

You can take a look at the detailed comparison of the plans.

Let's take a closer look at the individual services offered by Proton for Business. These include:

Proton Mail uses end-to-end encryption to keep your business users' conversations private. The encryption and security processes are independently audited and help protect your business from breaches. One advantage of Proton for Business email is that it does not serve ads to you based on email activity. In addition, they take great pains to hide personalized information and prevent things such as tracking pixels and a visible IP address.

One thing that stands out is the advanced security layers they have built into Proton mail. These include the following: 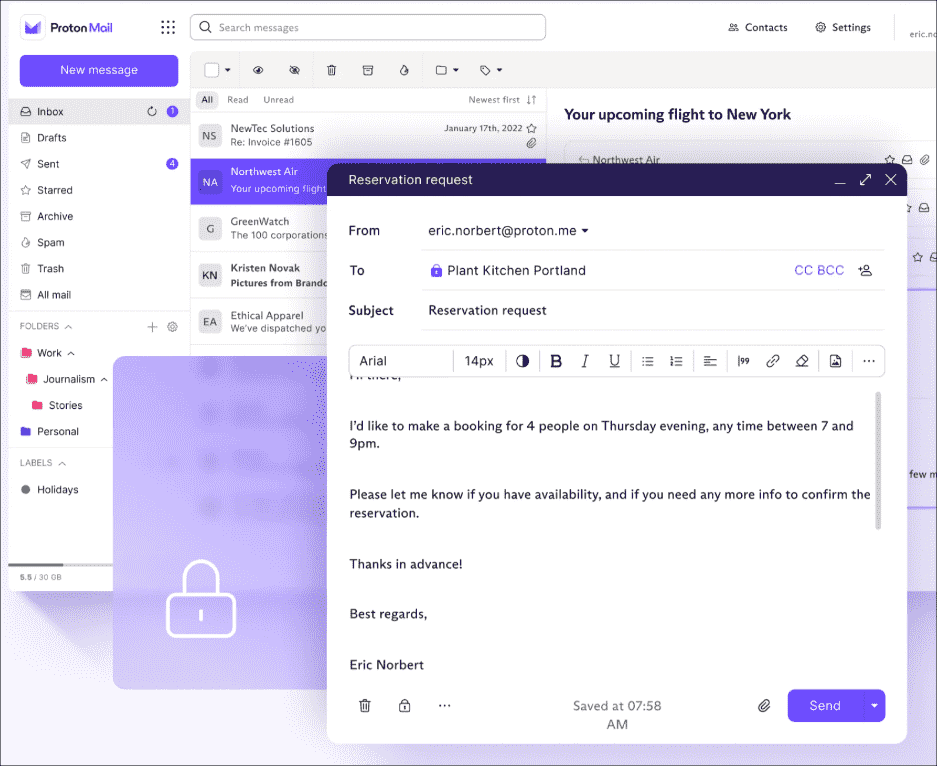 Proton Email provides strong privacy and security for your inbox

Event details, such as title, description, location, and people invited, are encrypted. Like Proton Mail, Proton cannot read the calendar events in your account, as your private key—which only you can access—is used to apply encryption to your calendar events. 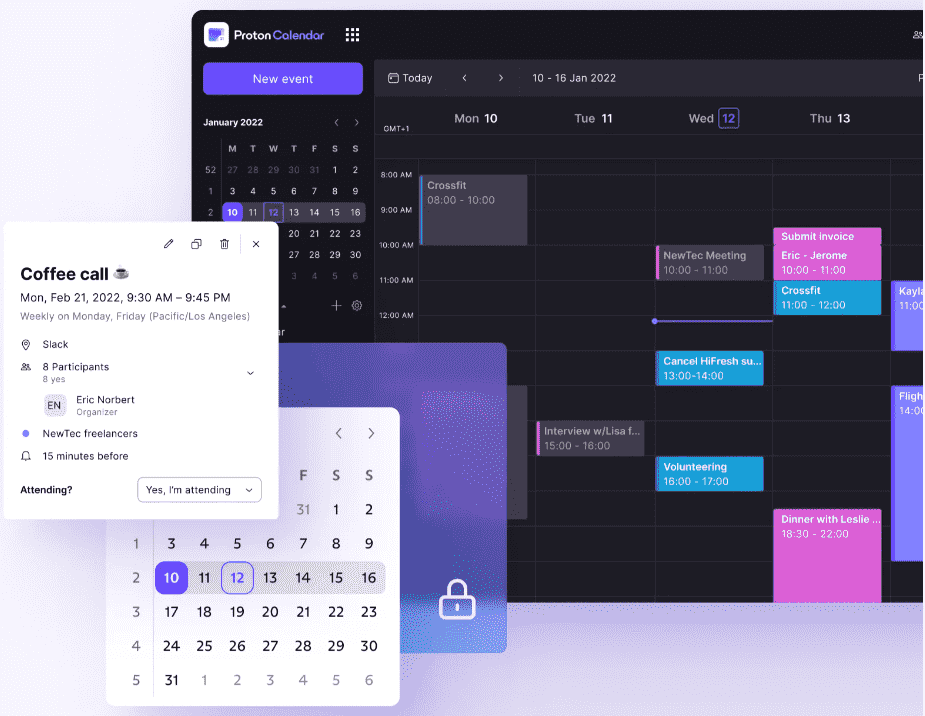 Organizations utilize the cloud heavily for storage space, in addition to email and calendaring capabilities, as part of Software-as-a-Service (SaaS) offerings from hyperscalers. However, as with cloud SaaS email from the big vendors, your files are accessible by the provider. Therefore, if their servers are compromised, your data is at risk. In addition, compliance concerns mean that you have complete control over your business-critical data.

The nice thing is you don't lose functionality. It works like other cloud providers in that the Proton Drive apps provide automatic cross-device syncing, which most are accustomed to with current cloud SaaS providers. Proton Drive is available in a beta version. When navigating the service, you need to agree to the terms of beta access. 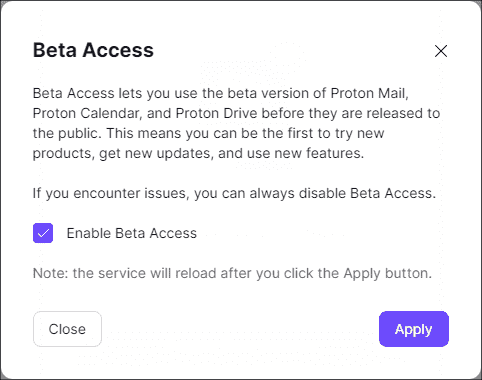 The Proton VPN solution, as part of Proton for Business, offers secure VPN tunneling, allowing passwords, confidential data, and other traffic to have an extra layer of security. It enables businesses to establish trust in the Internet connection used by end-users, no matter what type of connection it may be (home, public, office, etc.). The Proton VPN solution provides multiplatform support, including PCs, Macs, smartphones, and routers. In addition, it offers native apps for Windows, macOS, Linux, Chromebook, Android, and iOS/iPadOS.

Part of the Proton VPN solution is a VPN accelerator, which helps improve VPN connection speeds. Proton says this can be as much as 400%. The Proton VPN Accelerator works by offloading CPU processing and streamlining the overhead of the VPN protocols used.

Although Proton is located in Switzerland, it offers VPN servers worldwide to reduce latency and unnecessary network hops. Proton refers to these VPN servers as secure core servers. They are fully owned and operated by Proton.

Signing up for and using Proton was simple and intuitive. When you sign up, the wizard walks you through choosing your Proton account and finalizing the configuration. 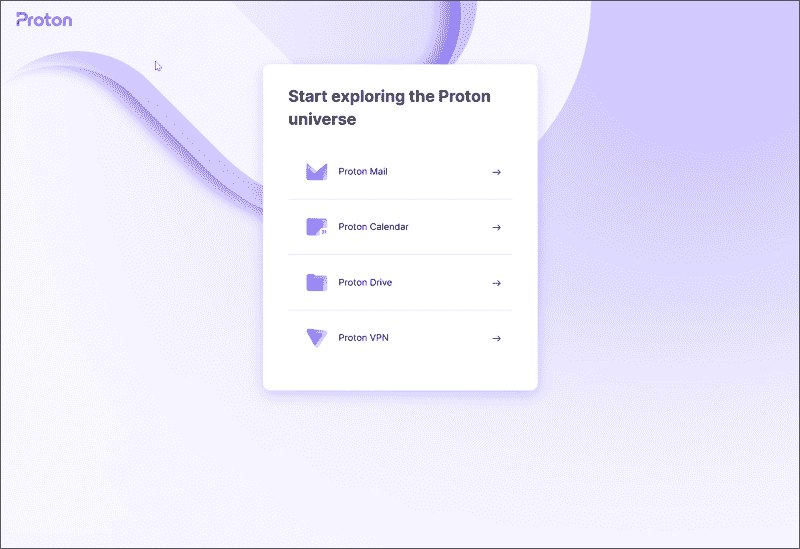 The Proton interface allows easy switching between your Proton apps, including Mail, Calendar, Drive, and VPN. 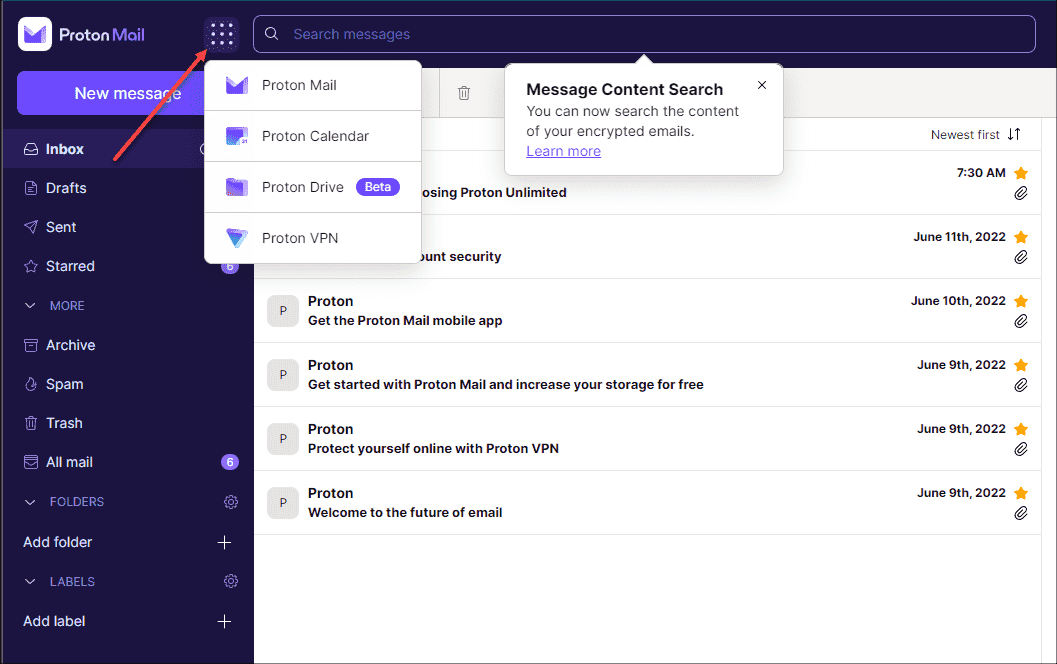 Viewing the Proton apps in the unlimited console 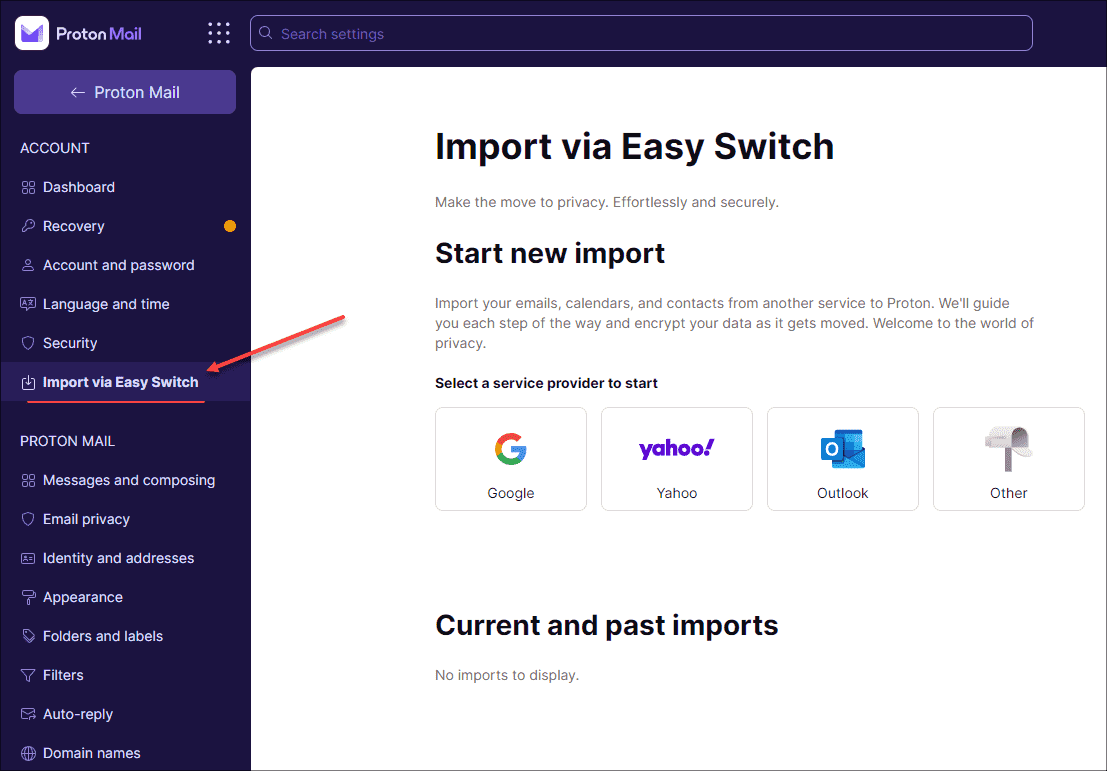 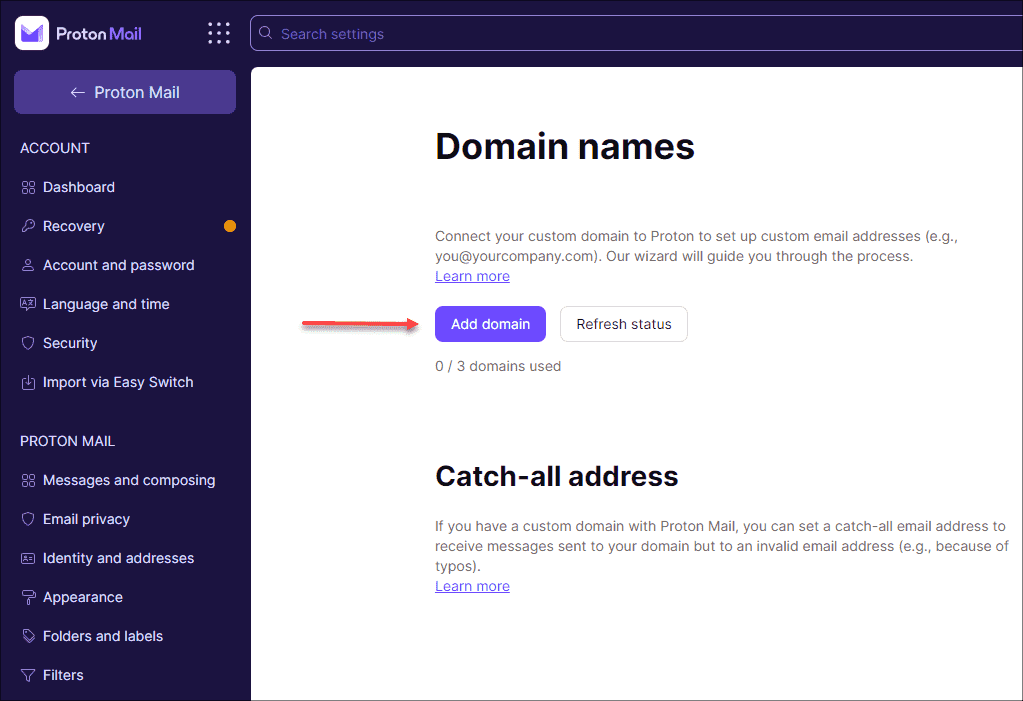 You can easily add email addresses for user accounts. 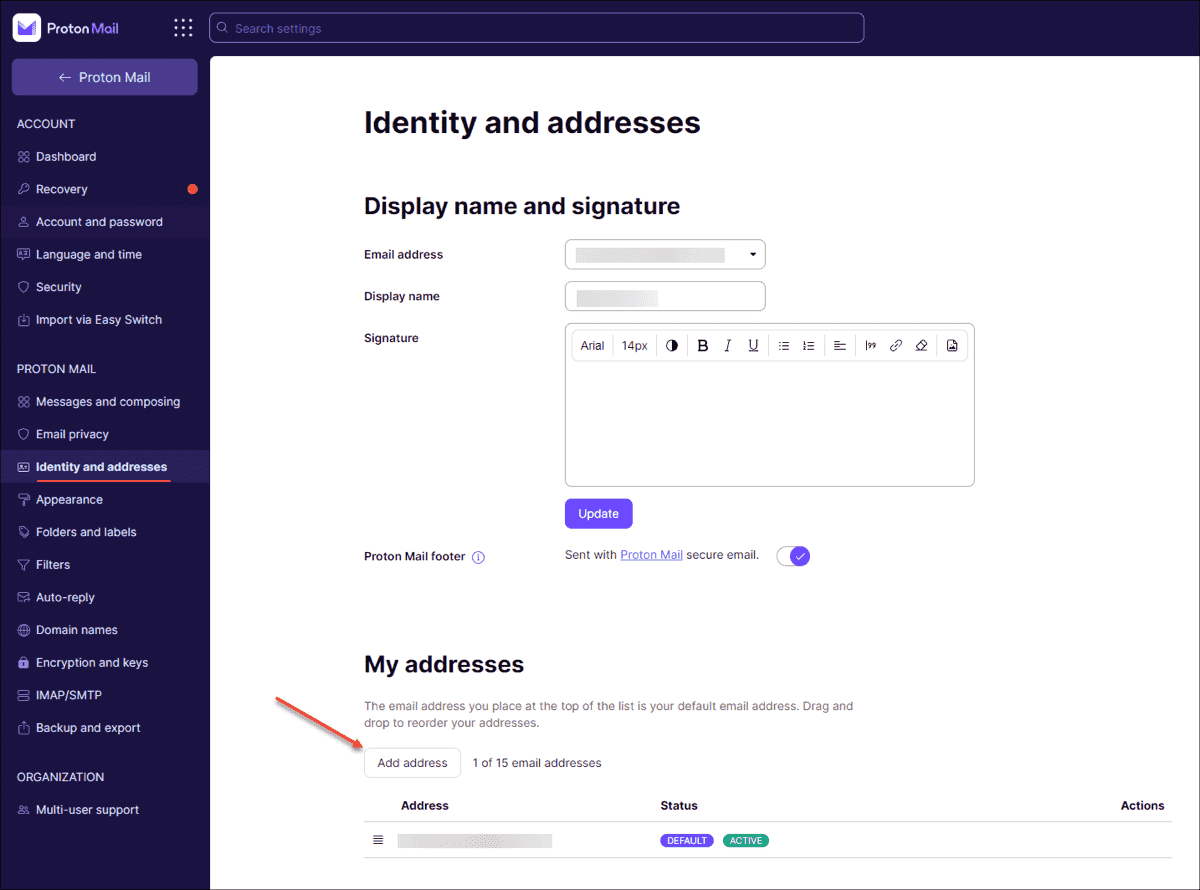 Managing your encryption keys, including encryption prompts and PGP settings, and even exporting your keys, can be performed using the console. 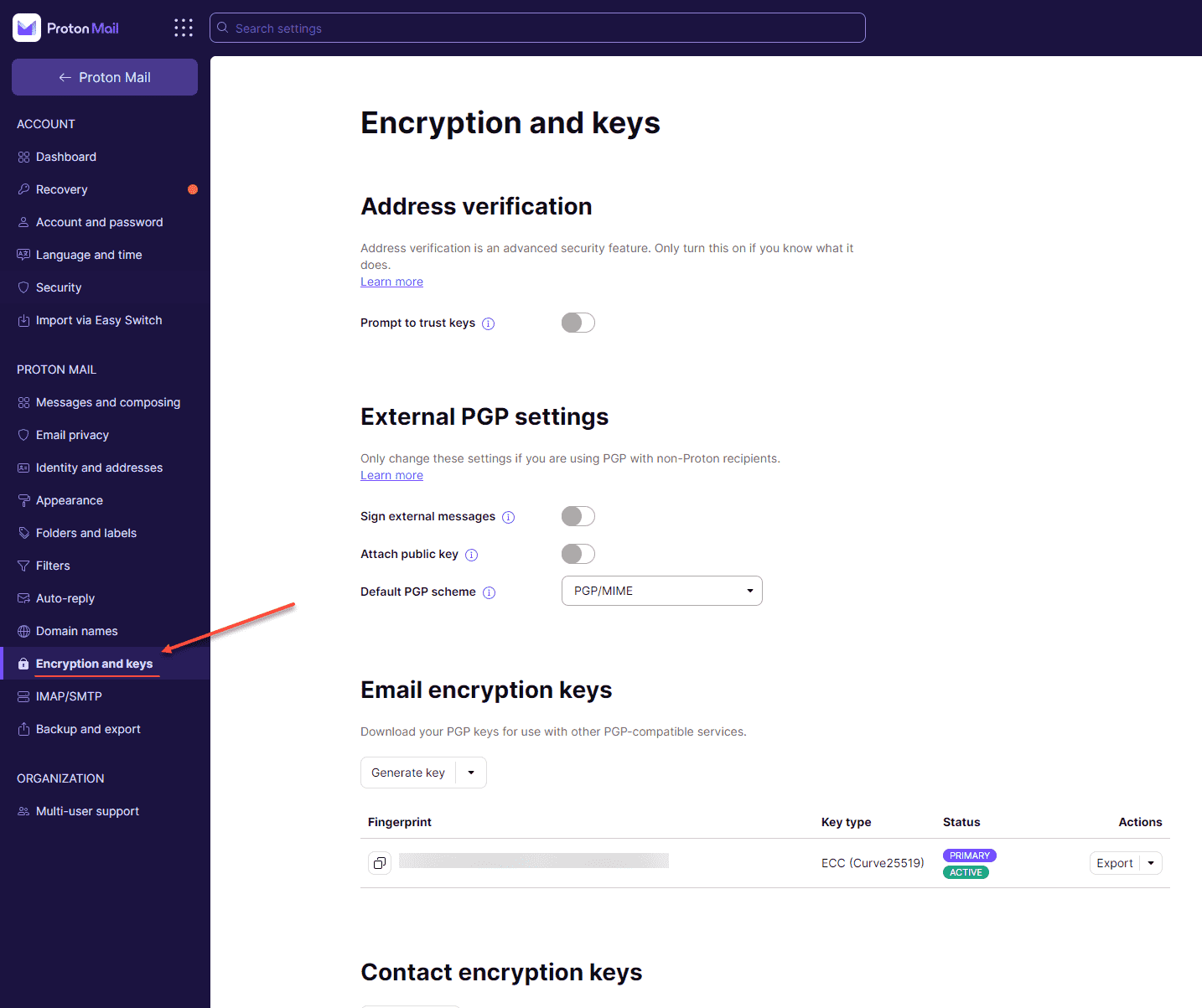 Impressions and wrapping up ^

Proton's attention to detail and mission to provide secure email and privacy for individuals and businesses stands out. The control over your data is above and beyond what you find in standard public cloud environments due to the extensive encryption implemented in the solution, including zero-access and end-to-end encryption.

For businesses that want an "easy button" to check the boxes needed for compliance and to increase their overall security and privacy stance for digital communications and file storage, Proton is a great solution.