Paul Schnackenburg  Fri, May 27 2011Mon, May 30 2011  hyper‑v, system center  0
In this part we see how System Center Virtual Machine Manager 2012 will make it a LOT easier to manage networks with new automation features, how it integrates with hardware load balancers and SAN storage.

One hassle in System Center Virtual Machine Manager 2008 and Hyper-V today is the restriction of having to manage networks on a per NIC basis; SCVMM comes to the rescue with new networking features.

The logical network system allows assignment of addresses to Windows based VMs running on all three supported hypervisor environments. Both IPv4 and IPv6 addresses are supported but not in the same address pool. 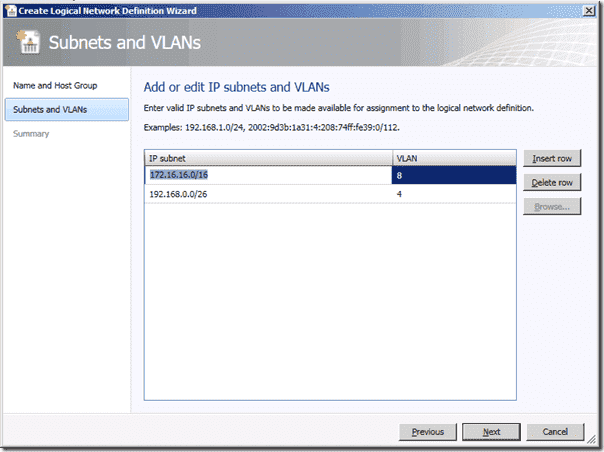 Hardware load balancers are now recognised by SCVMM and through creating one or more virtual IP (VIP) templates specific type of traffic can be controlled. A VIP template can control HTTP traffic behaviour on a BIG-IP from F5 for instance. In this beta the only load balancers that are recognised are BIG-IP from F5 and Citrix’s NetScaler but expect this list to grow, including support for Microsoft’s own Network Load Balancing in Windows Server. 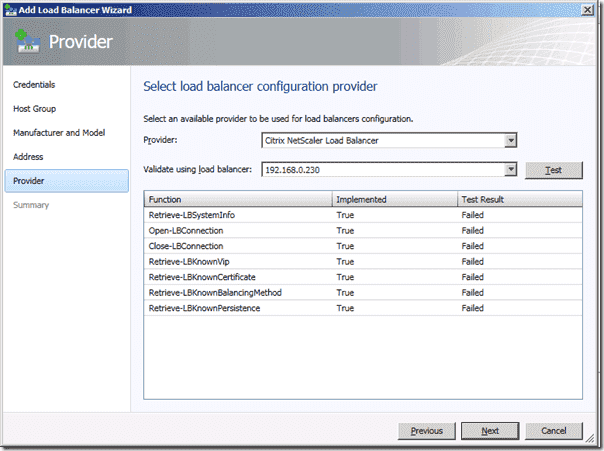 Not only does SCVMM give you logical networks, it also integrates tightly with your hardware network load balancers

If you’re integrating with VMware’s environment be aware the SCVMM doesn’t automatically create port groups on ESX hosts, this has to be done in vCenter to match the SCVMM logical network definitions.

SCVMM can discover and provision remote storage on arrays in the console and available storage can be classified. An 8 Gb Fibre channel SAN could be called “platinum” whereas a slower iSCSI SAN could be known as “silver”. SCVMM uses Storage Management Initiative – Specification (SMI-S) to communicate with external arrays and a provider for your SAN vendor needs to be installed on the server to unlock this functionality. Once communication is established you can create logical units (MBR or GPT), allocate them to host groups and then assign them to individual hosts or to clusters as Cluster Shared Volumes (CSV). In the beta EMC Symmetrix & CLARiiON CX, HP StorageWorks Enterprise Virtual Array (EVA) and NetApp FAS are supported but many more are likely to follow.

Storage groups are a new concept; they bring together host initiators, target ports and logical units. The SAN array integration is only available for Hyper – V hosts, storage for VMware and XenServer hosts have to be provisioned outside of SCVMM.

SCVMM 2012 also supports SAN technologies for deploying VMs like snapshot and clone: simply create a template (from a new or existing VM) that’s SAN copy-capable and the SAN will duplicate the LUN that contains the source .vhd file.