Managing PowerShell scripts across an organization can present many challenges, including auditing, lifecycle management, security, etc. ScriptRunner is a solution that helps organizations solve these PowerShell management challenges. Many new features are included in the latest release, ScriptRunner Portal Edition R1, which continues to enhance its ability to manage PowerShell in the enterprise.

The new installation is a byproduct of ScriptRunner's migration from its previous "old web apps" architecture to a new role-based ScriptRunner web portal. 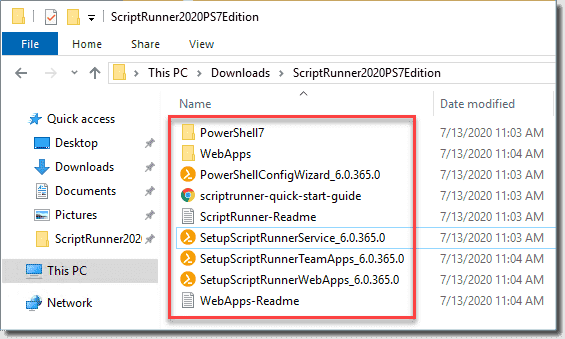 With ScriptRunner Portal Edition R1, there is a single installer along with the documentation. 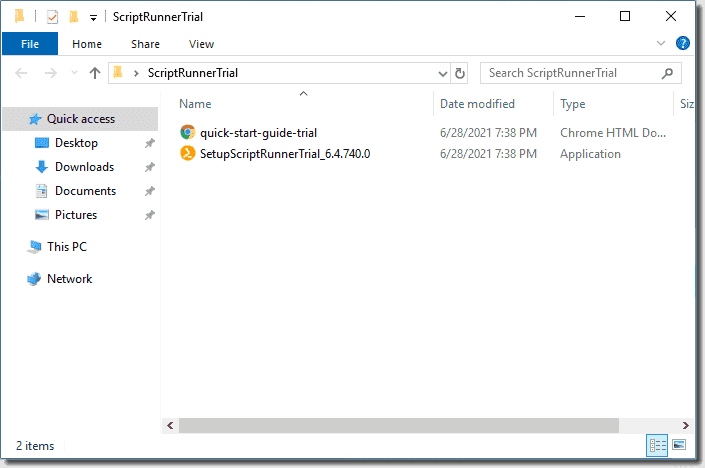 Aside from the simplified installation, ScriptRunner Portal Edition R1 has added many features to the web interface and offers enhanced capabilities for interacting with PowerShell from the ScriptRunner web UI. New features include:

Let's take a closer look at these.

One of the nice features in the new Script Portal Edition R1 web dashboard is the integrated script editor. The script editor is located in the scripts section of the ScriptRunner Portal. Click a script, and then click the Code tab. 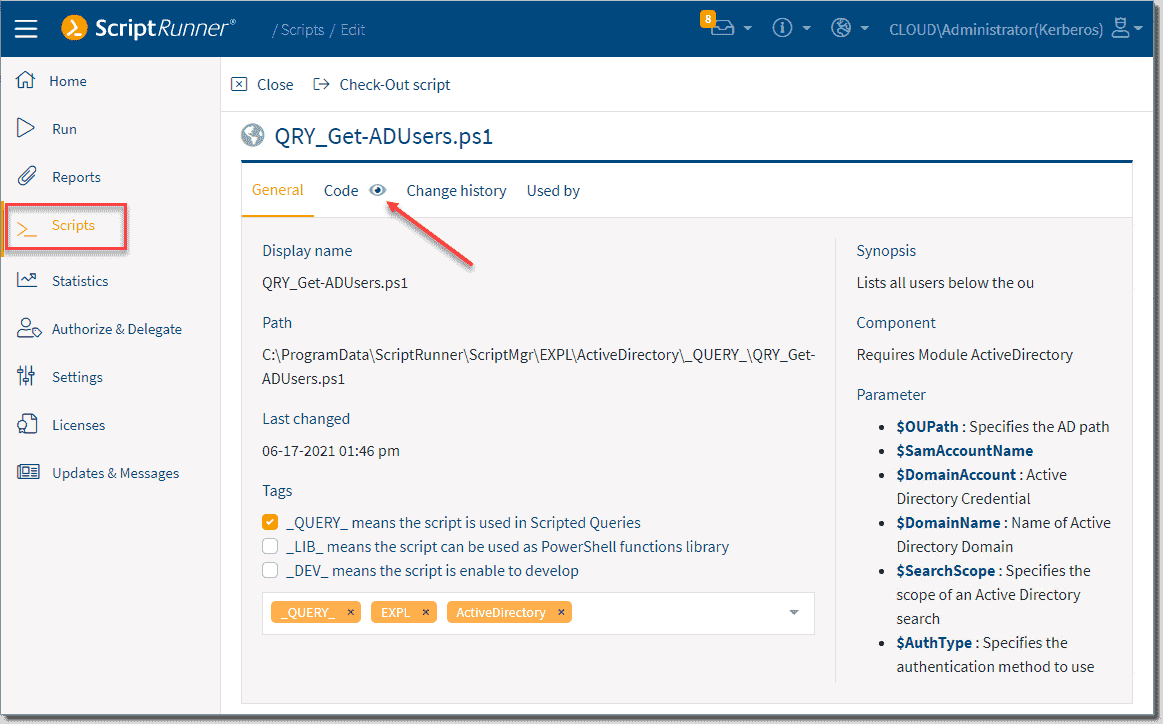 The integrated script editor brings the code up in a very IDE-like window with many great features, such as syntax highlighting and code completion. Initially, the script is in view-only mode on the Code tab. Clicking the "lightbulb" icon in the upper right of the code view toggles the dark mode view. 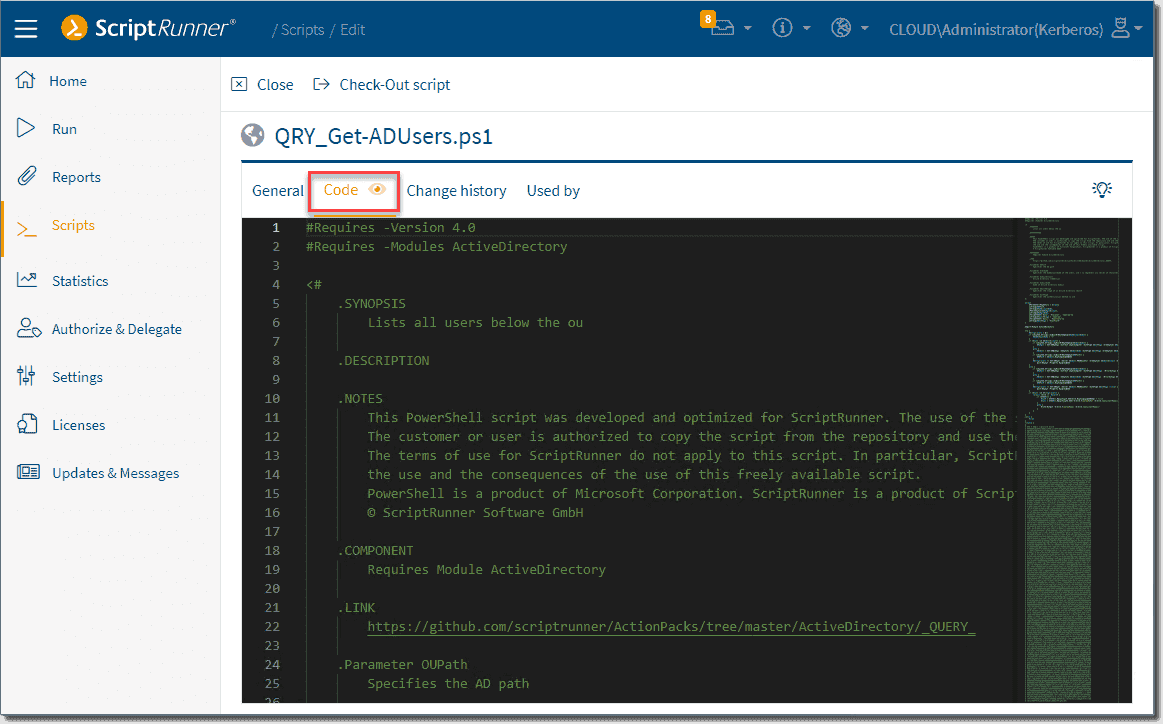 Viewing a script in the integrated script editor

The benefits of ScriptRunner can easily be seen when multiple technicians use PowerShell scripts. Scripts can be "checked out" properly through the ScriptRunner integrated script editor screen. The checkout process allows the scripts to be properly versioned, compared, and even restored to previous versions, as we will see. This is a great feature for collaborating with others who are running and editing the same scripts. 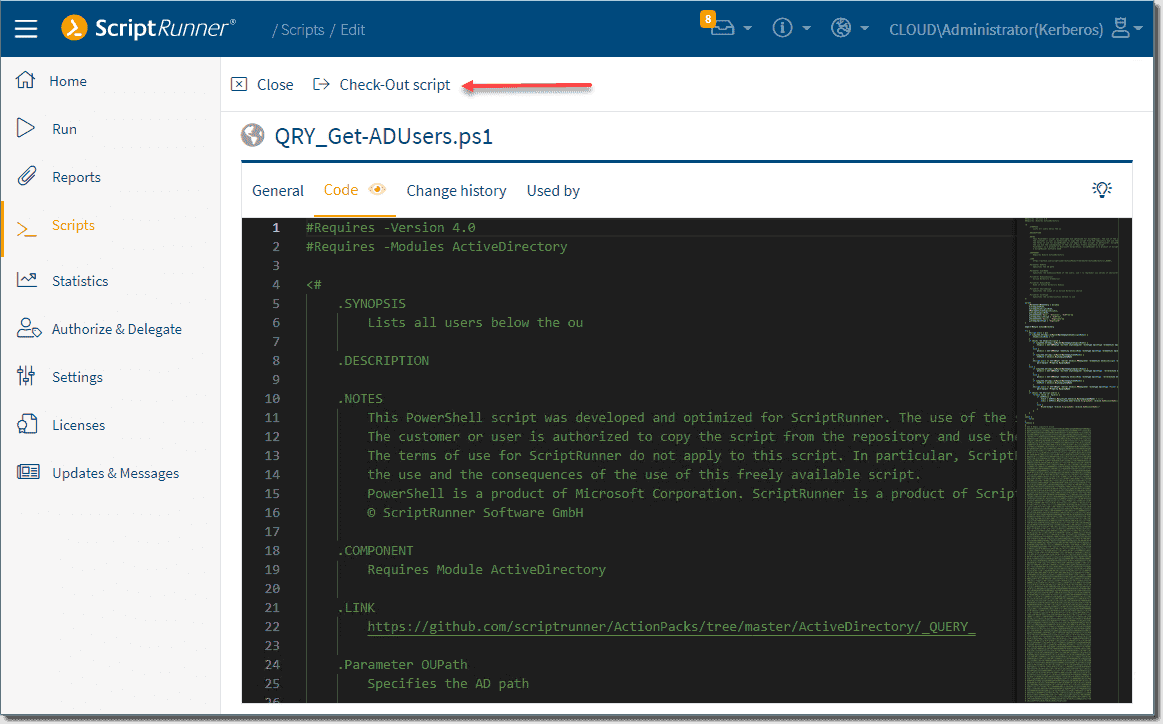 After you've made changes, checking in the script presents a commit dialog that enables entering a commit description. 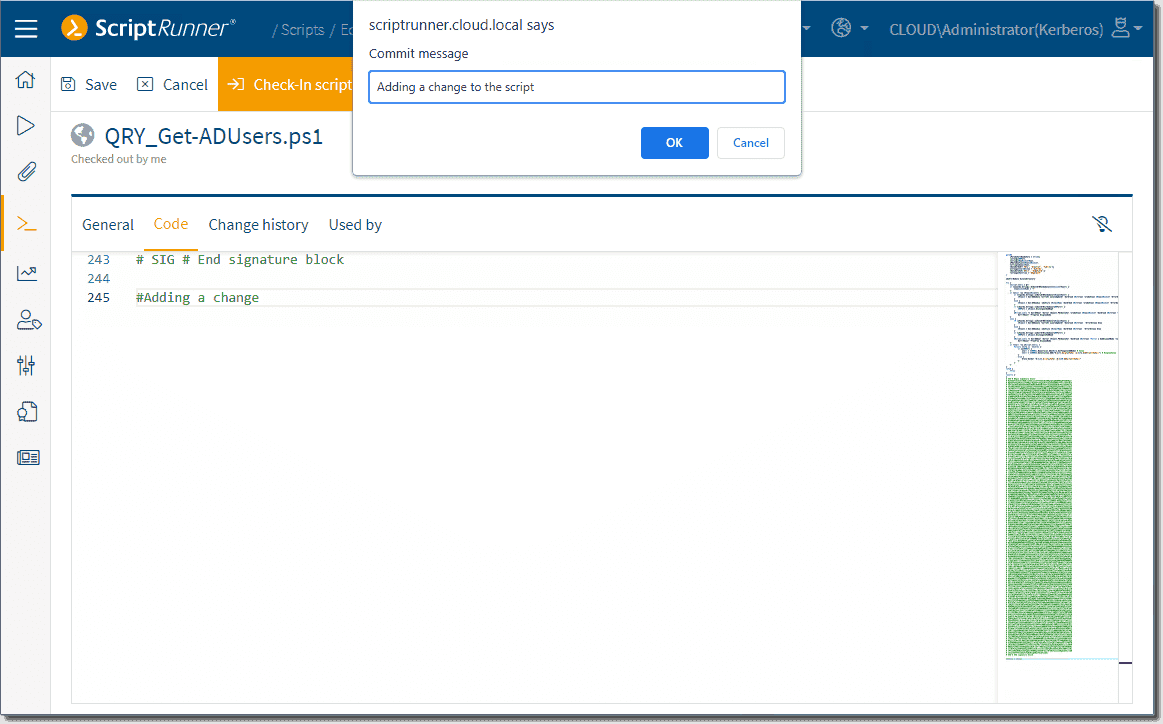 After entering the commit message, a new script version is created in the Change history tab. This feature helps to provide an audit trail and track changes as different team members modify scripts.

The checkin and checkout processes included with the new integrated script editor allow effective versioning of your scripts and the ability to compare different versions of scripts to see the changes that have been made. 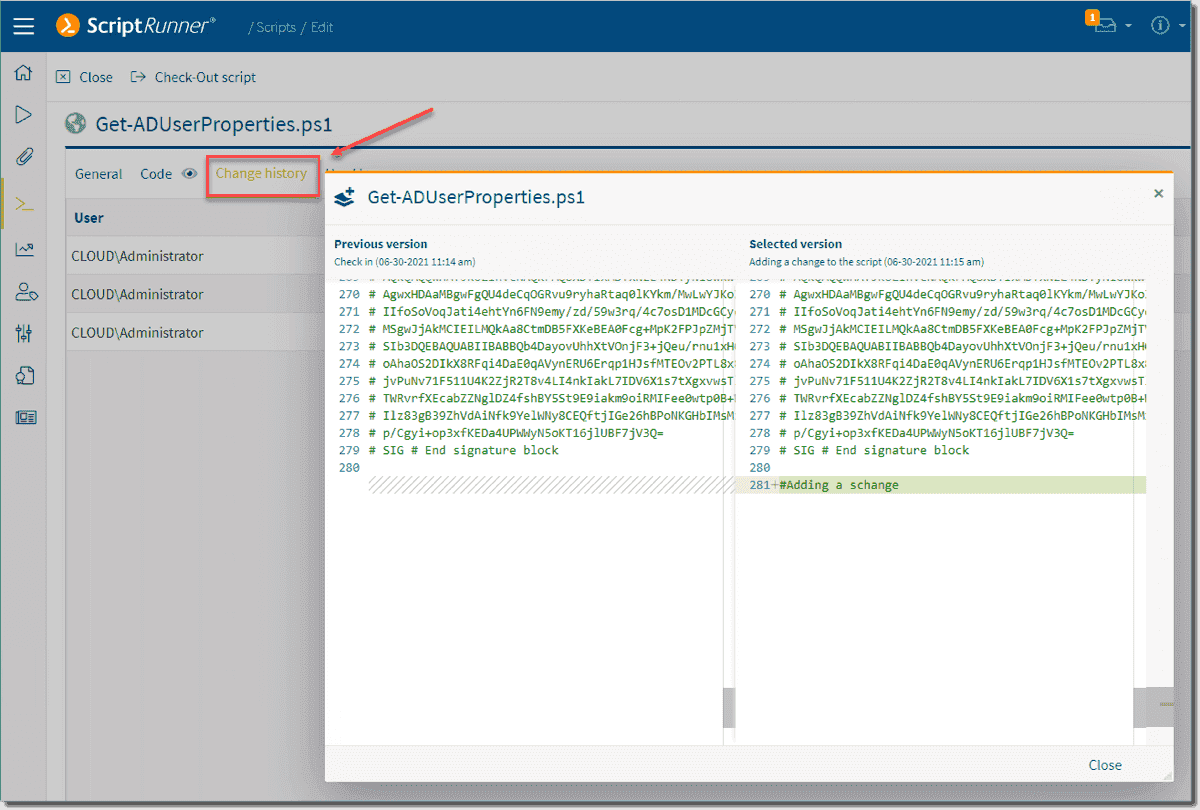 Comparing changes made between PowerShell script versions in ScriptRunner

You can restore a previous version of a script and revert earlier changes, if needed. 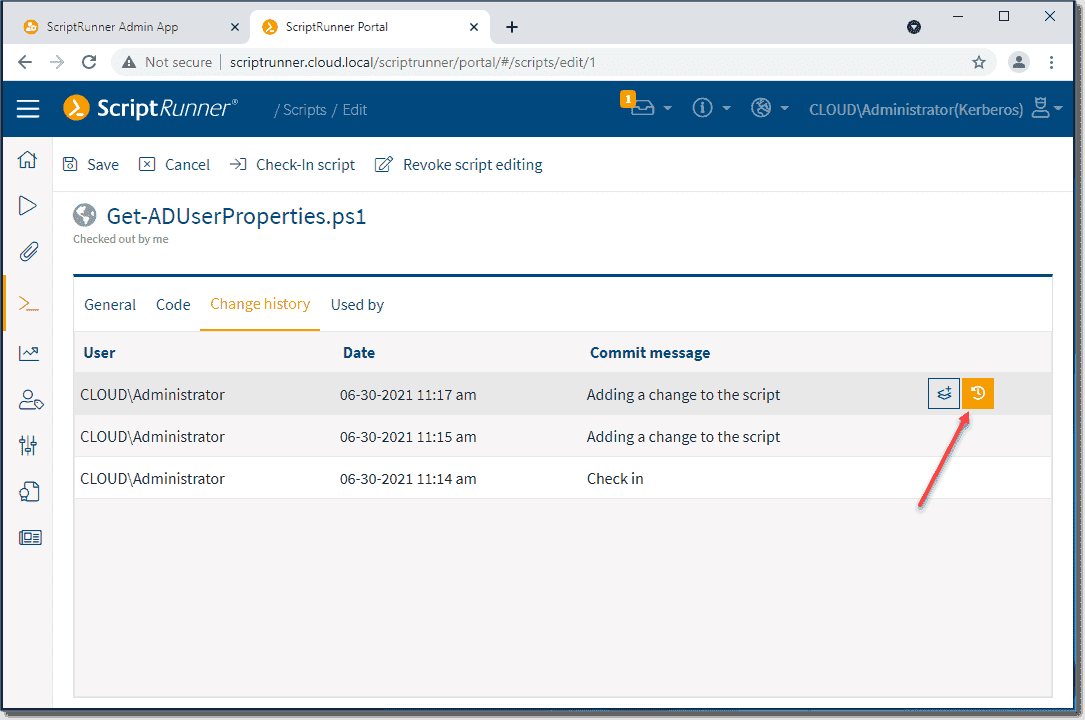 Restore a previous version of a PowerShell script

While ScriptRunner contains a wide range of built-in scripts and queries, most IT admins will want to write and use custom PowerShell scripts. With ScriptRunner Portal Edition R1, a new import wizard allows custom scripts to be imported easily through the web interface. 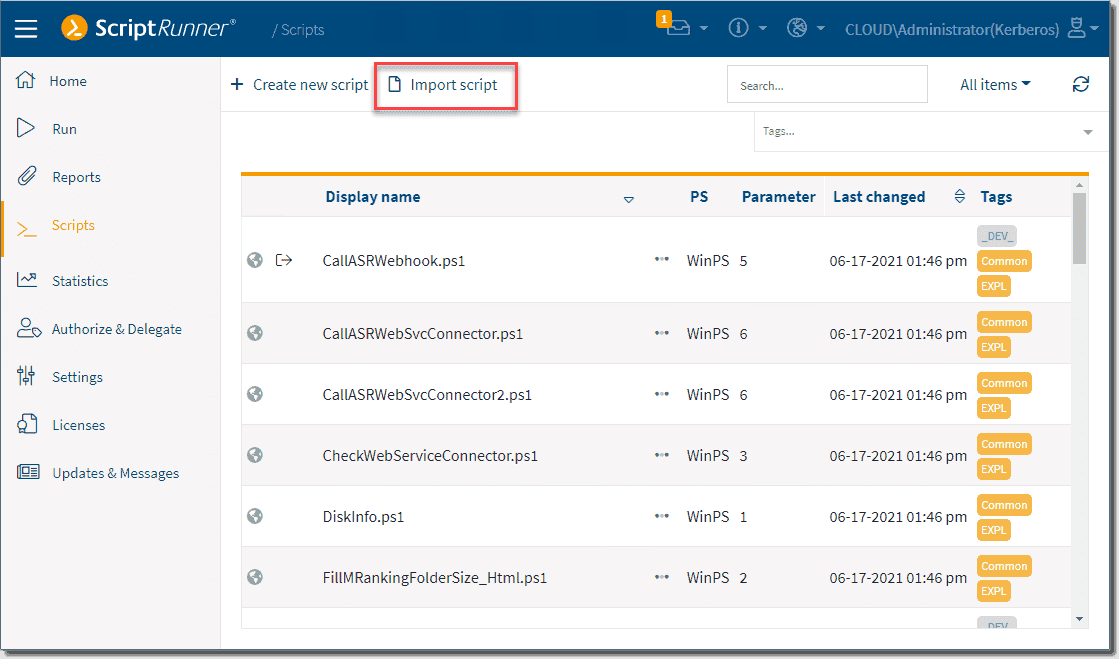 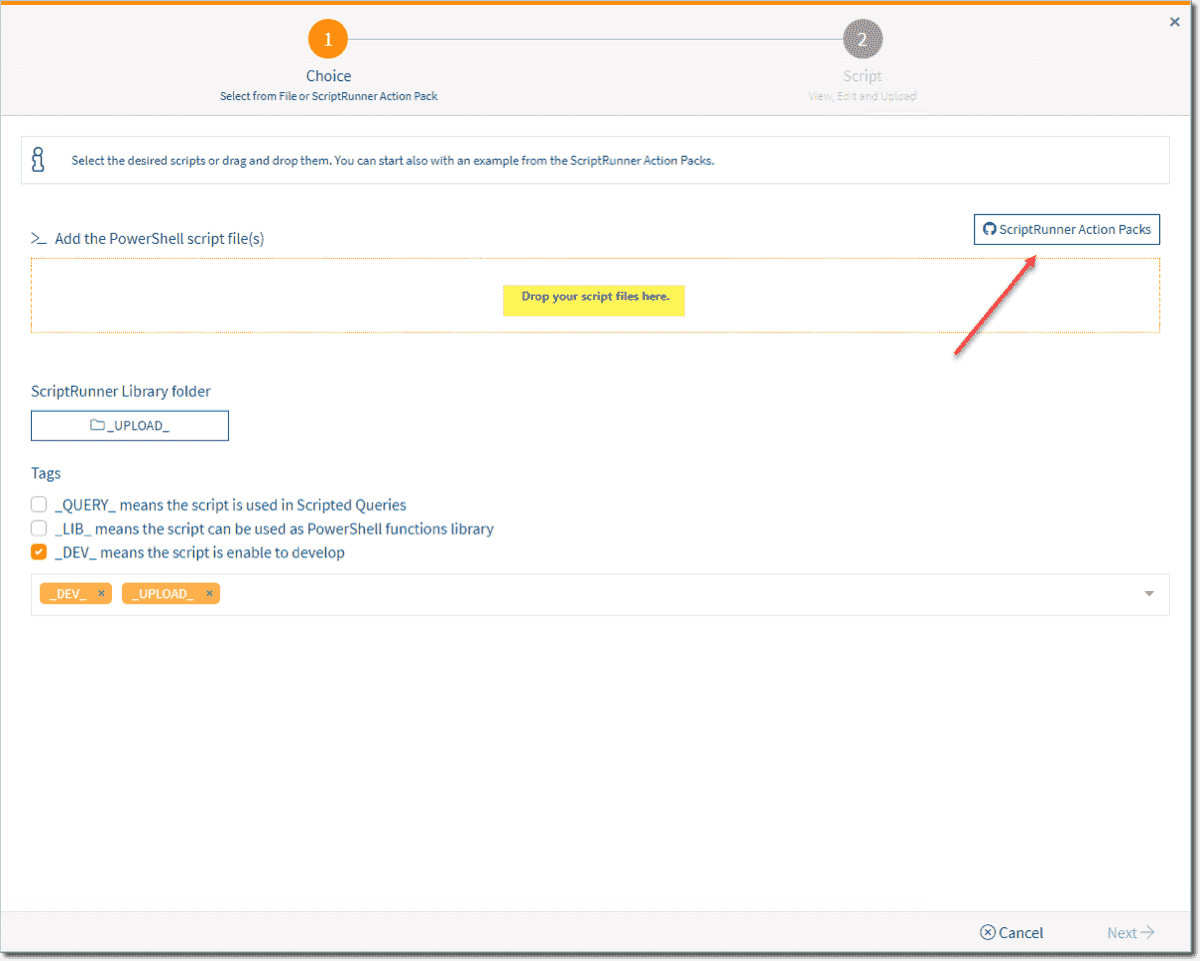 After clicking the ScriptRunner Action Packs button, you can choose from a wide range of available categories and scripts. 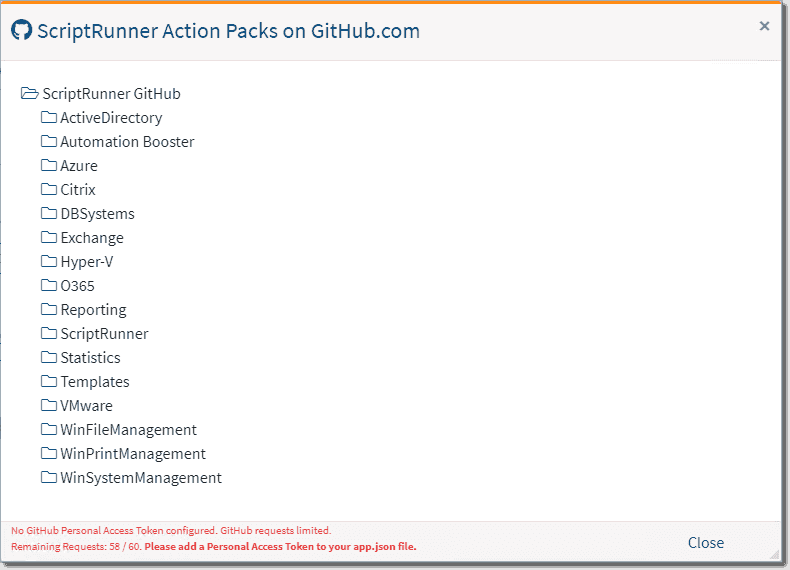 Development of new scripts with templates ^

Templates are a way to save time when creating customized scripts in ScriptRunner. Using a template when creating a new script allows starting with the script's framework so that you can just fill in the rest. So, it offers a shortcut for creating a new PowerShell script for use in your environment.

There are four sample script templates listed in ScriptRunner for creating a new script: 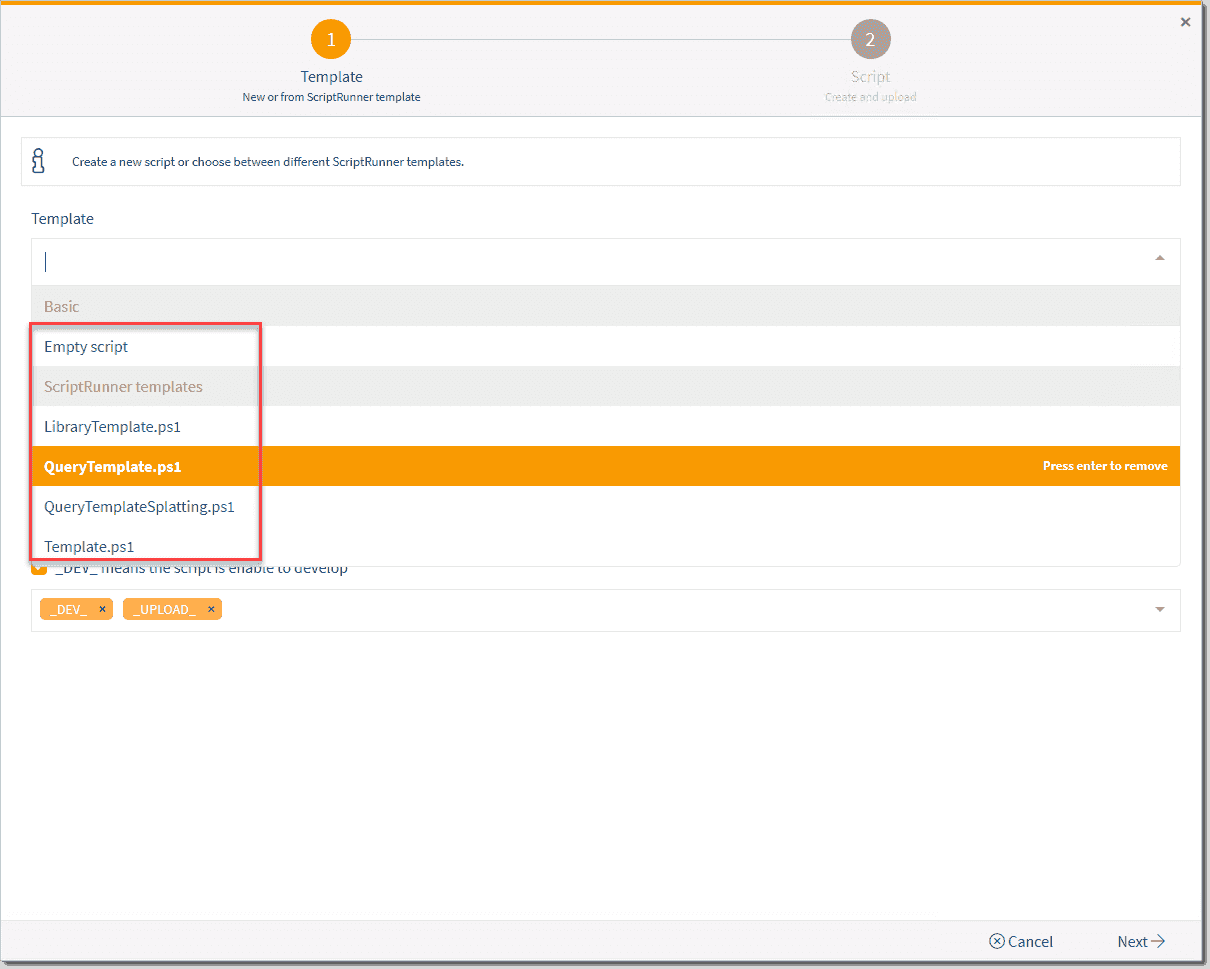 Creating a new script from a template in ScriptRunner

ScriptRunner has made many other enhancements throughout the solution, with enhanced workflows and additional settings throughout the app. In addition, the second ScriptRunner Portal Edition, R2, is slated for release in September of this year and will cover additional configuration elements and multi-backend capabilities.

While PowerShell scripting is a great way to automate tasks throughout an organization, managing the scripts, security, RBAC, and versioning can become a nightmare when left to manual means. ScriptRunner provides a robust solution that manages PowerShell scripts throughout the organization, allowing them to be run in a much more structured way and even be delegated to non-technical employees.

I found the new ScriptRunner Portal Edition R1 to be a worthy upgrade to the previous version reviewed. The installation process has dramatically improved. Along with the new features in the web interface that allow editing and checking code in and out of the solution, ScriptRunner Portal Edition R1 is a great solution to manage, configure, delegate, and run PowerShell code in the enterprise environment.