Long gone are the days when monitoring your IT environment meant waiting for the phone to ring and your users tell IT that something wasn’t working. Keeping an eye on your infrastructure is important for businesses of all sizes and Systems Center Operations Manager (SCOM) has been very good at providing that visibility for Microsoft’s platforms for many years, the current version (2007 R2) added native cross platform support for Linux and Unix. 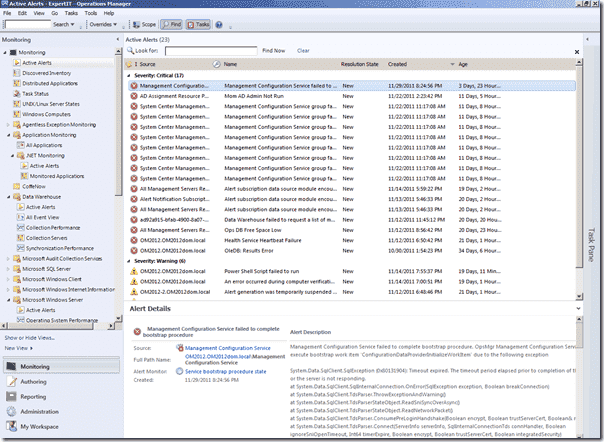 The new kid on the block is SCOM 2012, currently in Release Candidate and it adds some really cool features for network monitoring, High Availability (HA), application monitoring and dashboards. In this eight part article we’ll dive into these and other improvements; giving both sysops with SCOM experience and other IT admins insight into what SCOM 2012 can bring to your environment. 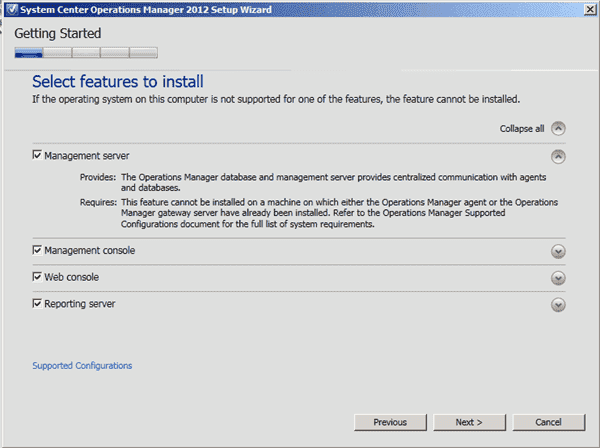 SCOM 2012 - The Installation Wizard has been improved, providing for a smoother setup experience.

The installation program will assign the Administrators group on the local computer to the Operations Manager Administrators role which is a change from SCOM 2007. During installation you specify the management server action account and the Configuration service and Data Access service, and although it’s not recommended from a security standpoint you can use the same account for both roles. The former should be a domain-based account and not a domain admin account. The latter account is used to read and update information in the operational database and can either be assigned to Local System or a domain account, where the management server and the databases are on separate servers it has to be a domain based account. 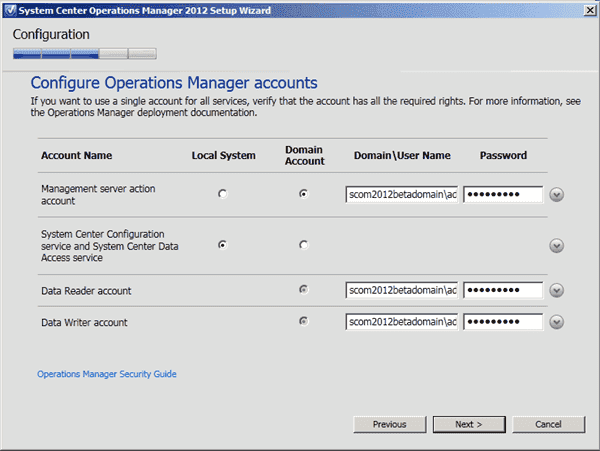 Make sure you plan your accounts for SCOM 2012 correctly.

All SCOM 2012 servers (Management Servers and Gateway Servers) are supported to run as Virtual Machines with the recommendation to run the SQL server database on physical servers or virtual servers with direct attached disks for performance reasons. VM snapshots are not supported for use in conjunction with SCOM 2012. Management and gateway servers have to run on Windows Server 2008 R2 SP1, recommended memory is 2GB or more with a 2.8 GHz CPU. Prerequisite software is PowerShell 2.0, Windows Remote Management (WinRM), Core XML Services and .NET Framework 3.5 SP1 as well as .NET Framework 4.

The SQL Server backend has to run either 2008 SP1 x64 or later or 2008 R2; on a server with at least 4 GB of memory, with database collation set to SQL-Latin1_General_CP1_CI_AS and full text search enabled. If you need to provide high availability for the SQL Server databases both the Operational database, the Reporting data warehouse and the Audit collection database are recommended and supported on separate Active-Passive clusters as long as no other SCOM 2012 services run on these servers. Other supported configurations (but not recommended due to potential SQL performance issues) include Active-Active clusters and putting the Operational, Data Warehouse and Audit Collection databases on the same cluster, see here for more details.

In the next part of this SCOM 2012 RC overview we’ll look at how you can upgrade from your current SCOM environment and in which order this has to be done as well as the help available for your upgrade planning.