We’ve now covered all the different parts of Microsoft’s System Center 2012 suite up until the release in April 2012 here at 4sysops but it never stops evolving and so there’s a Service Pack 1 coming with more than just bug fixes. This Service Pack is currently in Community Technology Preview 2 (CTP) which really is another name for “pre-beta” code. When released this SP will bring many minor enhancements and changes but the major shifts are:

The other overall theme is best summarized by one Program Manager saying that it’s not “Service Pack”, its “Service Provider pack”. The idea here is to open up the various components of SC, notably VMM and App Controller, to third party hosting / cloud providers through the new Service Provider Foundation (SPF).

In this series of four posts we’ll look at the specific enhancements in each product and what this means for businesses adopting SC 2012 to manage their IT infrastructure.

As this is written based on CTP 2 be aware that some of these features may change, additional ones may come along and there might even be functionality that will disappear in the final version.

Building on the improvements in Cluster Shared Volumes (CSV) version 2 in Windows Server 2012 Hyper-V; DPM will offer much better performance for Express Full backups as well as supporting parallel backups. Because Hyper-V can now use SMB 3.0 file shares to store VM files, DPM lets you protect these and even continue to protect VMs as they’re Live Migrated around; this works for both standalone and scaled out file server setups. DPM also understands how to protect Live Migrated VMs that are moved within a cluster, between different clusters and between clusters and stand-alone hosts. With the new support for data deduplication DPM allows optimized backup of both local and remote data storage if you run the DPM server on Windows Server 2012 and enable the Data Deduplication role.

The big ticket item here is Global Service Monitoring where you can upload your own tests to an Azure based service which will run those tests against internet facing applications from various locations around the Earth and feed the data back to your on-premise OM setup for a true measure of how your users experience your apps. This new functionality, along with the new 360 Dashboard that brings together synthetic transactions and Application Performance Monitoring (APM) in one place will enable a true “end to end” (health and SLA) view of how your applications are working. 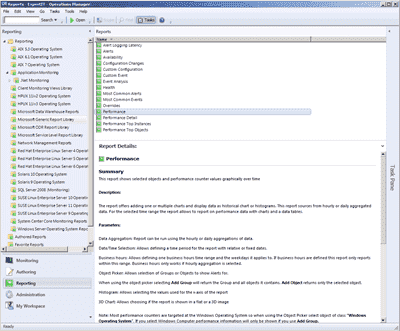 As always Operations Manager can keep an eye on your entire infrastructure but the main enhancements in SP1 are around application monitoring.

In part two of this four part overview of System Center 2012 Service Pack 1 we’ll look at what the improvements in Hyper-V in Windows Server 2012 bring to Virtual Machine Manager 2012 SP1.