Timothy Warner  Tue, Apr 19 2016Thu, Nov 23 2017  AWS, backup, cloud computing, virtualization, vmware  0
Today, I'm going to introduce you to an easy-to use product that simplifies VMware VM backup and restore, and does so with rich data deduplication. It's called NAKIVO Backup & Replication. The new version v6 has been released recently.

As much as Microsoft wants us to use its Hyper-V hypervisor, the truth of the matter is that many of us are VMware vSphere/vCenter/ESXi shops instead. Having said that, how are you backing up your Windows-based virtual machines (VMs)? What kind of storage footprint are the backup images consuming?

A picture's worth a thousand words, so feel free to study the following drawing I created for you while I explain each numeric annotation: 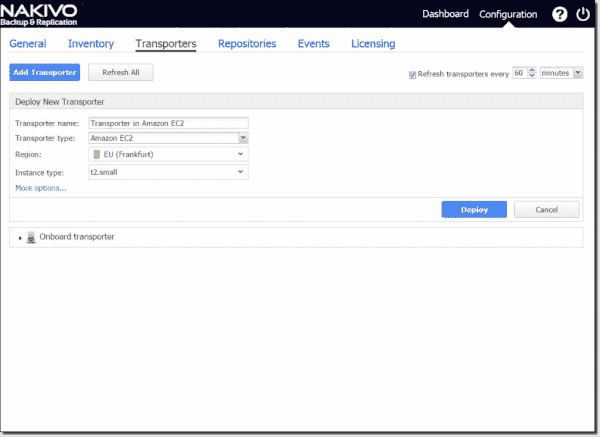 To set up my test environment, I began by registering at the NAKIVO website and downloading a fully-functional 15-day trial. You can actually deploy your NAKIVO Backup & Replication in one of five ways:

The installation itself is simple and took less than five minutes on my Windows Server 2012 R2 member server. 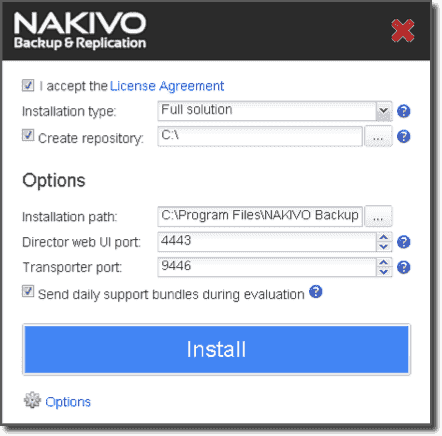 If you accepted the default Web UI port, then point your web browser to https://localhost:4443 to connect to the NAKIVO web console. You'll be prompted to create an administrative user account before entering the Configuration interface.

Before we create a backup job, we need to add ESXi hosts to our inventory and define at least one backup repository and accompanying Transporter component. Adding VMware servers is easy: Navigate to the Inventory tab in Configuration, click Add New Server and specify (a) a DNS hostname or IP address; (b) VMware host admin credentials; and (c) optionally, an alternative web services port if you don't want to use the default (TCP 443).

Clicking Create a Backup Job kicks off the four-step New Backup Job Wizard, in which you specify: 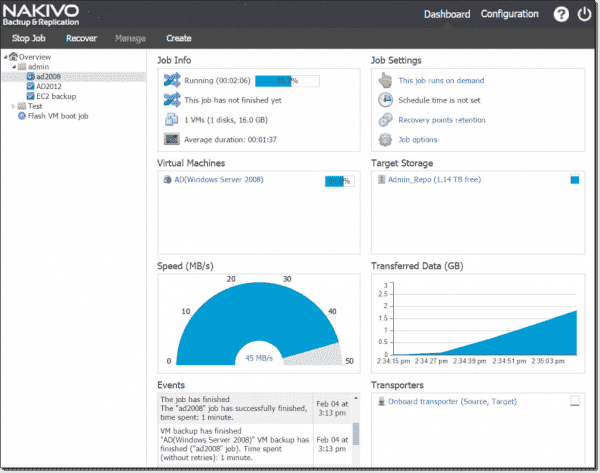 I do want to give a shout-out to NAKIVO's outstanding data deduplication technology. It always frustrates me to use a backup platform that redundantly stores data when redundancy isn't needed. For instance, think of how much duplication you have across four Windows Server VMs in operating system files alone.

Data deduplication stores only a single instance of those redundant resources. Therefore, you save yourself a LOT of otherwise wasted space in your backup repositories.

NAKIVO Backup & Replication provides rich backup job metadata. You can instantly restore any of the following from your backup corpus: 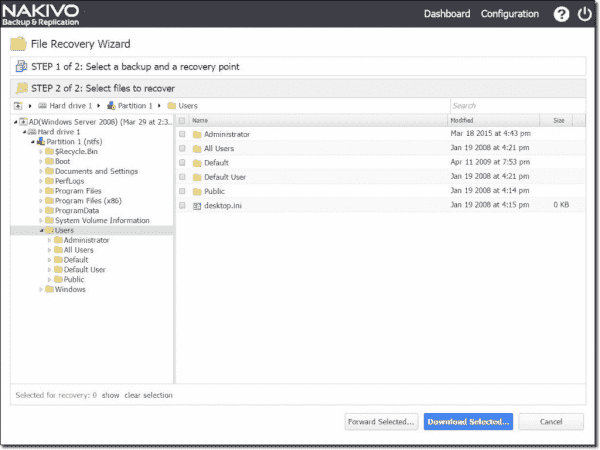 By the way, the New Replication Job Wizard operates in the same way the New Backup Job Wizard does. Here are the four steps:

For completeness, let me give you the three steps in the New Recovery Job Wizard:

NAKIVO has recently released v6 which offers interesting new features. The most notable one is that you can now also backup EC2 instances from Amazon’s cloud to a repository in the same region, a different region or to a local backup destination. NAKIVO Backup & Replication supports Linux and Windows instances. 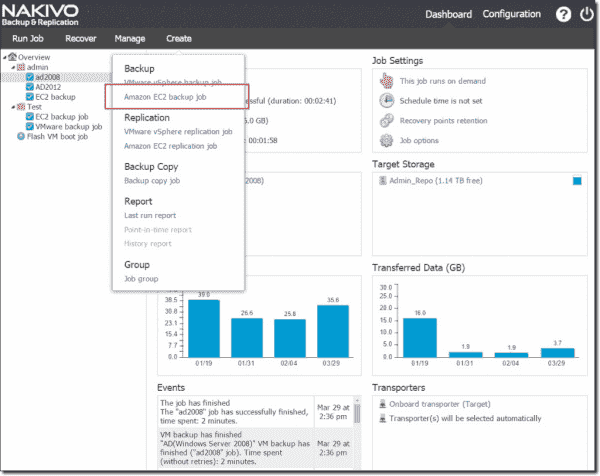 The new Backup Copy jobs feature allows you to duplicate backups from one repository to another which ensures that you will never have to worry again about a corrupted backup.

The web interface has been revamped and NAKIVO added the the ability to use localized date and time formats.

Licensing details and for further learning ^

Honestly, I think you'll find NAKIVO's pricing to be more competitive than, say, Veeam's. Check out NAKIVO's pricing page for details. All licenses are perpetual and include a one-year support and maintenance agreement. Price ranges from $199 per vSphere host CPU socket for the Pro Essentials version, up to $599 per socket for the Enterprise version.

In sum, the two things I like about NAKIVO Backup & Replication are (a) its easy to use, no-frills operation; and (b) its low price point, especially when compared to the competition.

I'll leave you with some hand-selected resources to help you learn more about the NAKIVO platform: