Sami Laiho  Wed, Mar 4 2020Tue, Sep 27 2022  defender, password, security  17
A simple hack for resetting a Windows 10 password by abusing tools such as Ultiman.exe, StickyKeys, or DisplaySwitch.exe has existed for some time. Microsoft recently raised the hurdle a little by preventing these Windows modifications with Windows Defender. In this post, I show you how you can easily hack into Windows anyway. Read this article to to reset a Windows 11 password.

The biggest reason for writing this blog (although similar blogs are available, even on 4sysops) is that in August 2018, Microsoft started blocking these Accessibility Feature hacks with Windows Defender. For 18 years before this, I had started many of my presentations with the same hack— you could hack yourself into any Windows version, from Windows XP to Windows Server 2016 Domain Controllers, with a single command. Even though this broke the Third Immutable Law of Security, I told Microsoft every time I visited Redmond that it was ridiculous how easy it was—one command to hack any Windows version. So in August 2018, Microsoft finally fixed it. Of course, they did it when I was on stage, showing the hack that I'd done 18 years in a row. It was a very important presentation, so I guess I got what I deserved—or it was a targeted attack.

So now Microsoft has made great progress on this. I can happily tell you that now it requires not one command, but one command and booting into Safe Mode to hack any Windows version.

You need to boot up your machine with something that can read NTFS. Here are some options:

In my example, I'm booting it with a standard Windows 10 installation DVD (actually an ISO of it, as this is a Hyper-V VM). 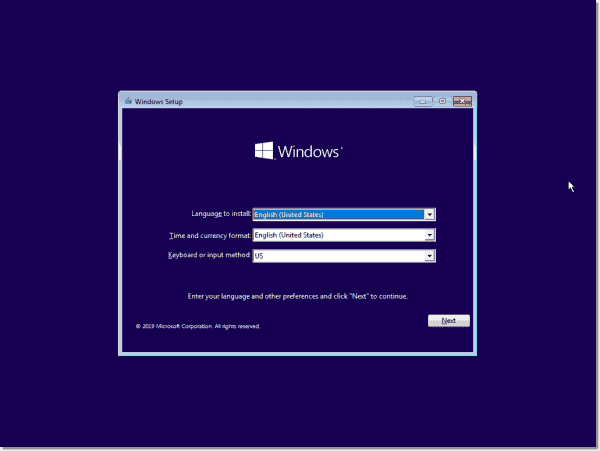 The computer booted up with a Windows installation DVD

After booting, there are two options I recommend:

This computer doesn't have BitLocker, so I just hit Shift+F10 to get the prompt. After this, I’ll find the Windows installation that I can't access. In this case, it’s the D: drive. 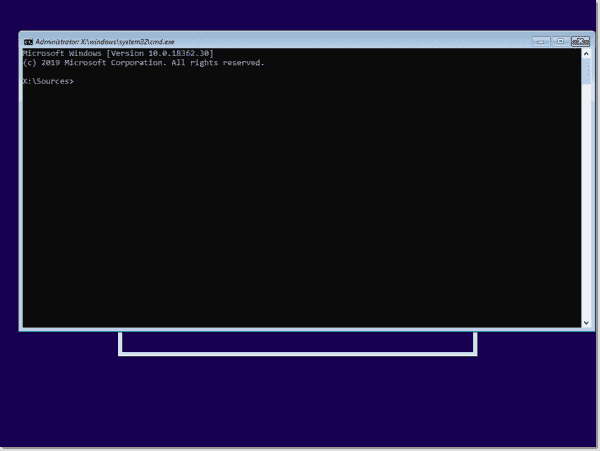 Next you need to change the directory to D:\Windows\System32\.

The actual hack is done by the second command, but I recommend doing the first. (I'm showing this not as an attack, but as a procedure you are absolutely allowed to perform since you are the administrator on this PC.)

This command copies the sethc.exe as a backup to the parent folder with the "copy, space, sethc.exe, space, dot notation.

This command replaces the Sticky Keys command with a command prompt.

Replacing the sethc.exe with the cmd.exe, after creating a backup

This is what we did for years. But now, Windows Defender will catch this on Windows 10. So what you need to do is get the computer to Safe Mode.

When you are on the logon screen, press the Shift key five times rapidly to get a command prompt with system access. 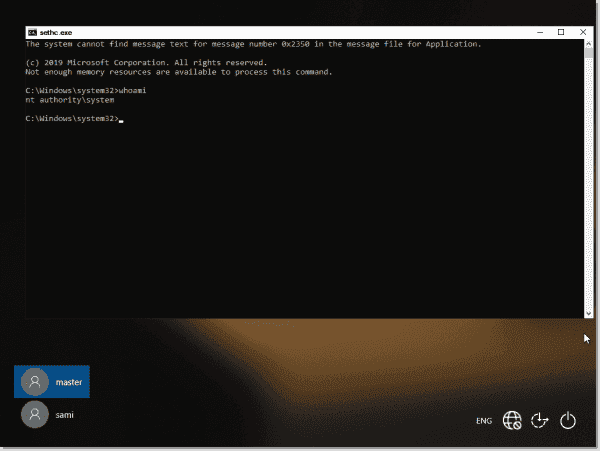 Here, you can reset the user account passwords or create new users. Here are some examples: 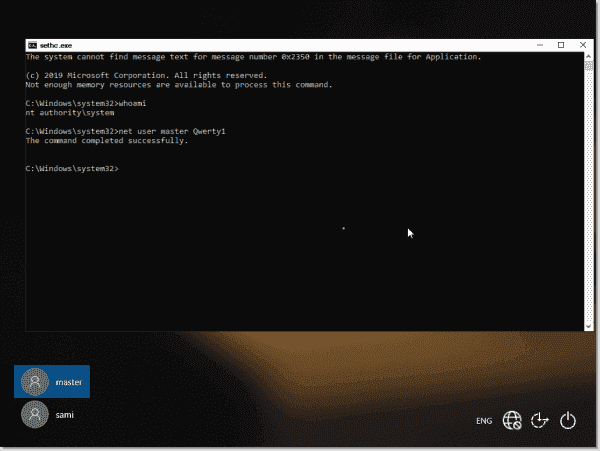 Note: If you create a new user and the computer is part of a workgroup, you might need to boot the computer once more before you can log on with the user as it might not be listed on the logon screen.

Close the CMD and logon. After logon, there is still some cleanup to do because the computer is still "hacked," which you can verify by pressing the Shift key again five times. It still starts a command prompt. Close this command prompt and start a new one from the Start menu, elevating it with the Run as Administrator option. 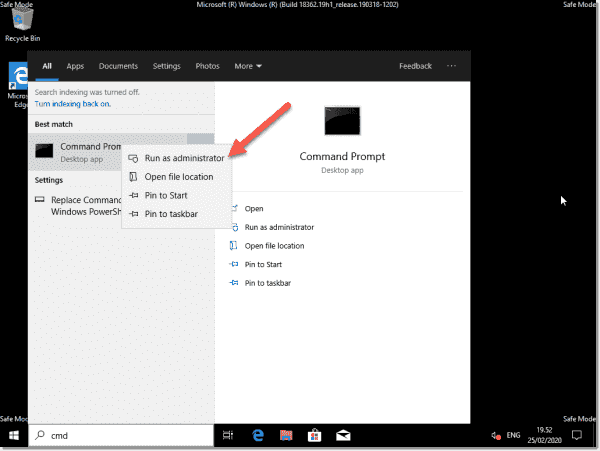 From this new CMD.exe, type the following command: Robocopy C:\Windows C:\Windows\System32 sethc.exe /B 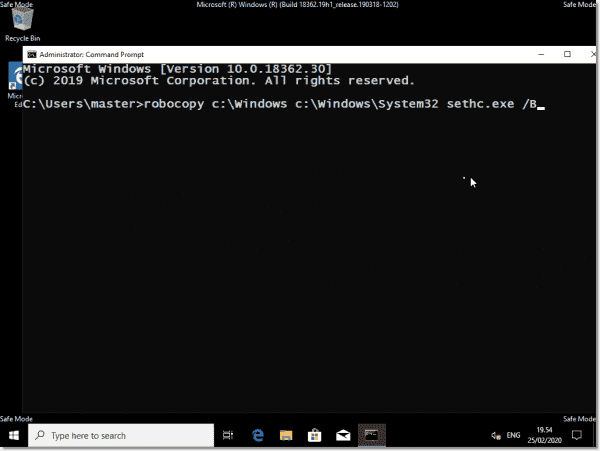 You can verify that everything is back to normal by pressing the Shift key five times. Notice the Sticky Keys notification pops up. 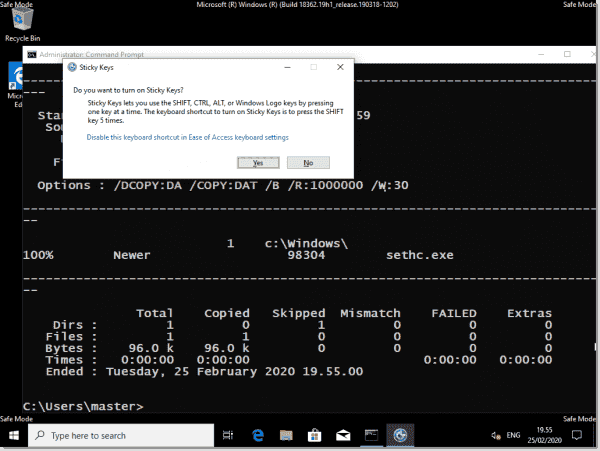 Now all that is left is to reboot the computer back to normal mode.

A few points to consider: