Before resetting the OneDrive client, you should try to solve the problem by restarting the app. To do so, right-click the cloud icon on the right side of the taskbar and select Close OneDrive. 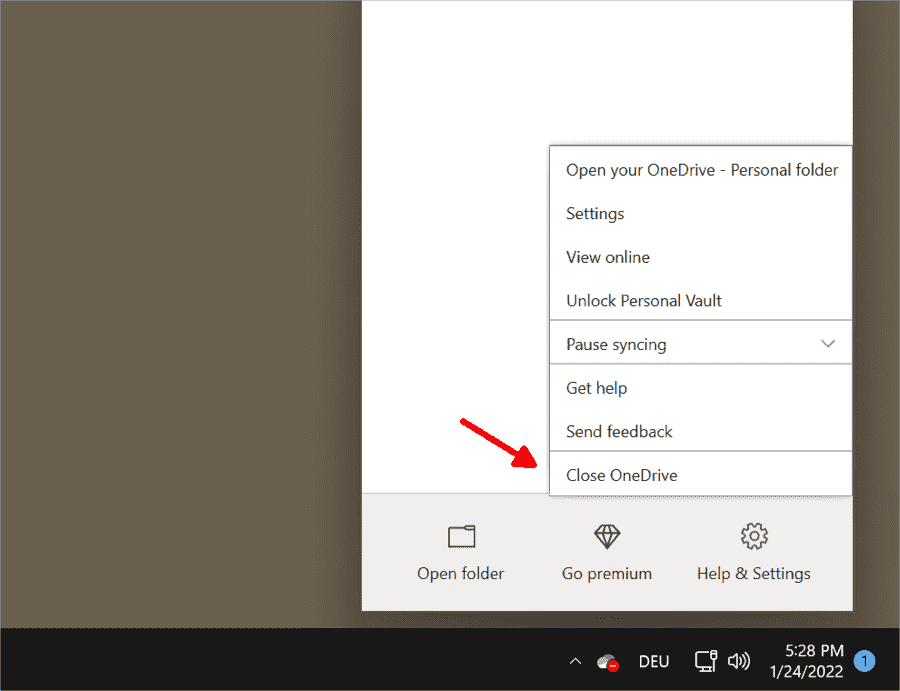 Restarting the OneDrive client might fix the sync issue

You can then start it again through either the Start menu or the Windows search.

If this action does not solve the problem, the best remaining option is to reset the OneDrive client. The most important question for most users is what will happen to the files and folders that have not been synchronized properly. There is no data loss to worry about; both the data on the client and in OneDrive remain unaffected.

The action is limited to disconnecting, interrupting, and restoring all OneDrive client connections. This could cause problems if you only want to sync certain folders from OneDrive to your PC.

A corresponding check is therefore absolutely recommended before resetting. Open the properties of the OneDrive client's context menu and switch to the Account tab. The Choose folders link takes you to an overview of the currently synchronized directories. 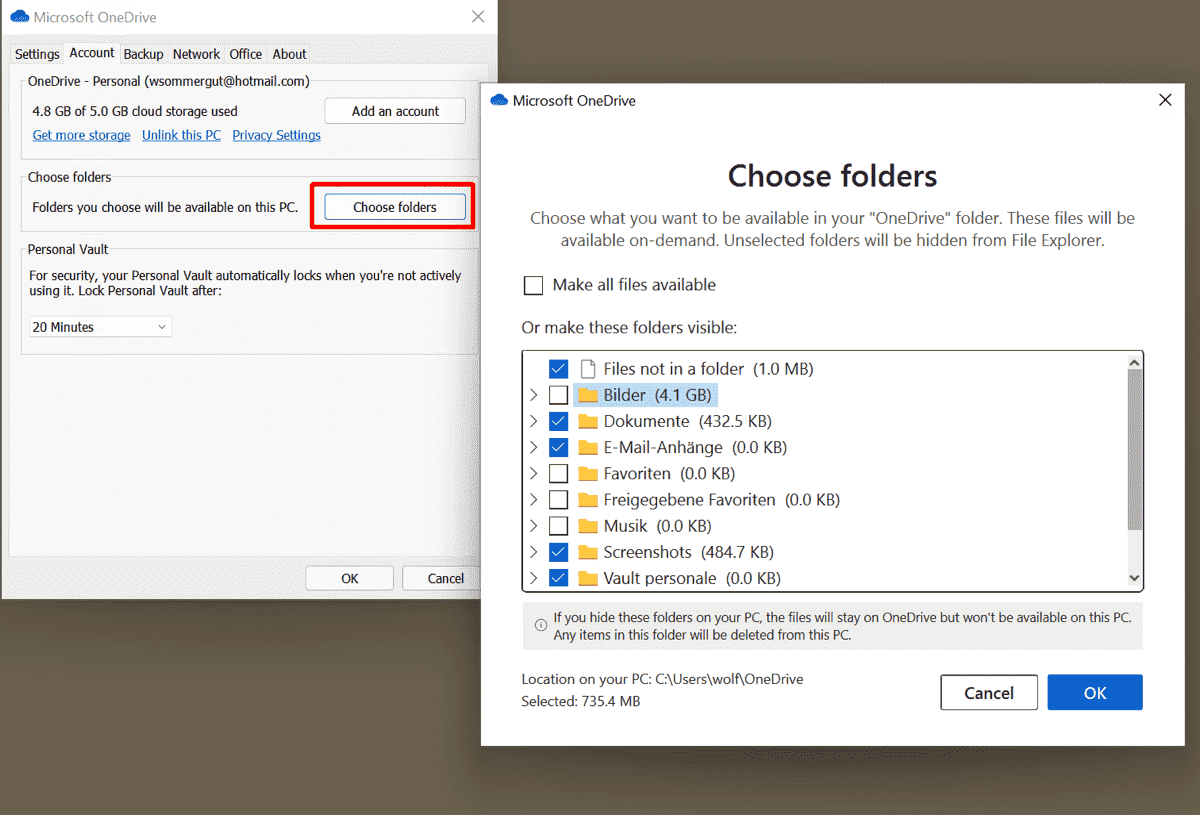 Check which folders are synced through OneDrive

The folders must be reselected after the client is reset. Hence, you should note the directories that you have included in the synchronization.

To reset, press Windows + R to open the Run dialog box. There, use the /reset parameter to start onedrive.exe. However, you need the path to onedrive.exe beforehand because you have to specify the path explicitly.

Common paths are as follows: 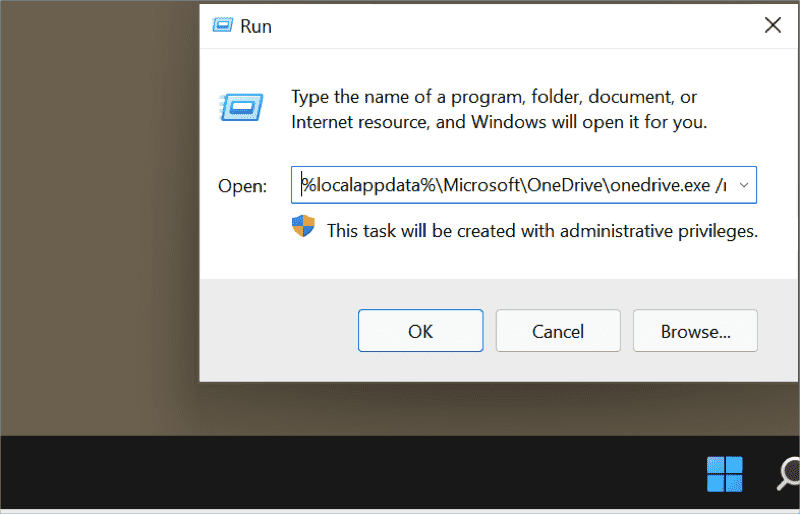 Run Onedrive.exe with the reset switch

The icon for the OneDrive client should now have disappeared from the taskbar because the app must be restarted.

If the program is running again and you do not want to synchronize all folders from OneDrive to the client PC, then you should switch directly to the client, as the client starts a new synchronization immediately. 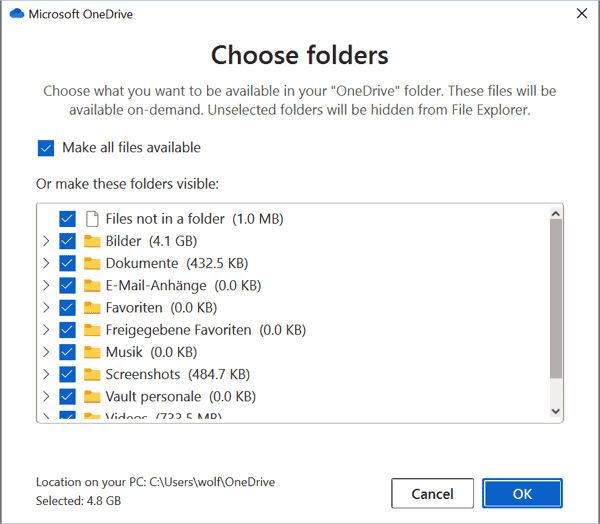 The folder settings were lost after the reset

In the screenshot, you can see that the client did not remember the previous settings and now wants to synchronize all possible folders.

Let's assume that you continued to work diligently on your files, but the synchronization did not work and you did not notice this problem for a while. In this case, there are different file versions on the PC and OneDrive.

The OneDrive client does not overwrite files with the same name after the reset, following the approach of "the most current file wins." This could have fatal consequences, especially if another user was also working on the file.

Resolution of version conflicts by the OneDrive client

Instead, OneDrive recreates the file alongside the existing one and names it after the PC from which it was synchronized.