Wolfgang Sommergut  Thu, Jan 19 2023Thu, Jan 19 2023  windows, windows 10, windows 11  0
Most users work with several apps at the same time. In the past, they had to reopen apps manually after a startup. Since Windows 10, the operating system has automated this task, albeit in an inconsistent manner. And there is only limited central management for this feature.
Contents

Particularly in professional desktop environments, users have a large number of programs open at the same time. In addition, some applications offer to load even more content via tabs. These include, above all, web browsers in which several dozen web pages are often loaded simultaneously.

For this reason, many users generally avoid restarting or turning off the computer and instead just switch it into hibernation mode. But on the second Tuesday of each month, at the latest, Windows updates, and thus, a reboot is due.

Since version 20H1, Windows 10 has been able to automatically load the programs that were open before the restart or shutdown of the computer. This feature is enabled by default and can be managed via the settings app. 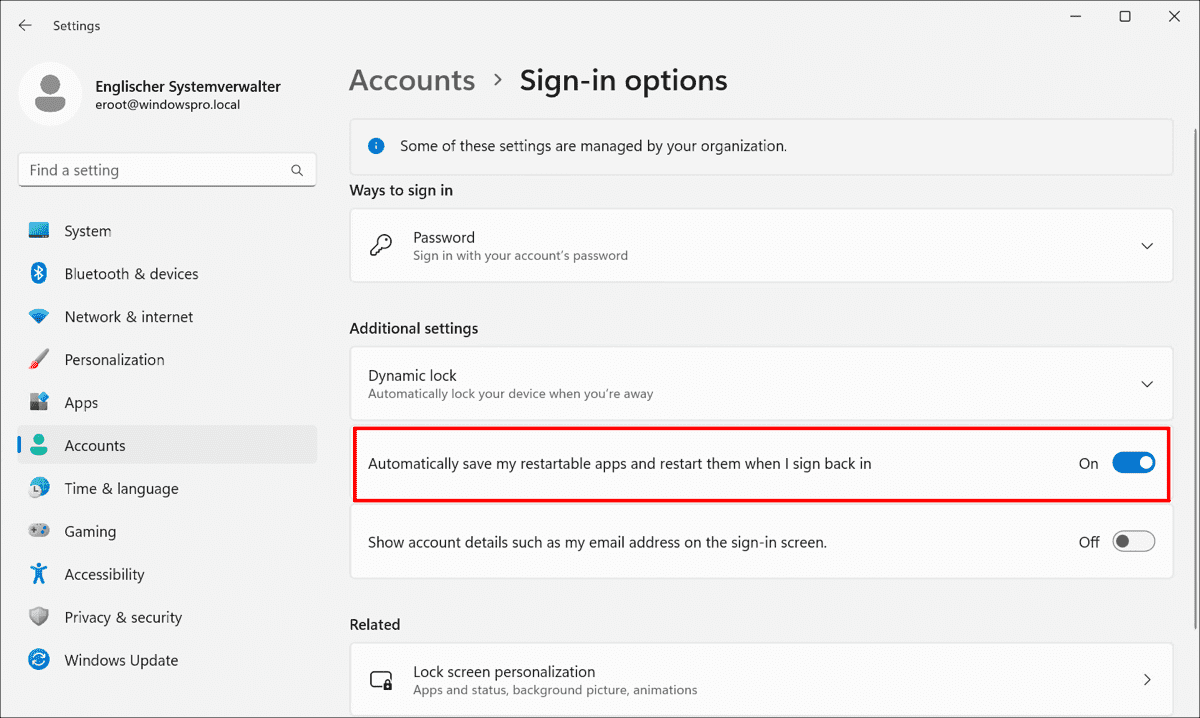 Configure the reopening of apps after startup in the settings app

This seems to make sense, since every user has his own preferences for how the system should behave in this situation. Accordingly, Microsoft does not provide central management for the automatic restart of apps using group policies.

If you still want to configure this setting centrally, then you can distribute the relevant registry key via Group Policy Preferences. The content of the following .reg file shows which value you have to modify:


If you want to disable the feature, set RestartApps to 0.

Not all apps will be loaded

As most users have probably already noticed, Windows is not able to completely restore the system to its previous state. But at least the most common applications are reopened, such as those from Microsoft Office or the Chromium-based web browsers, as well as Firefox.

The Office programs also load the documents that were open before startup. In the case of web browsers, it is interesting that they open all web pages in the tabs even if the setting Open tabs from previous session is not activated.

If you want to be on the safe side here, you should configure the browsers to restore the last session. For this purpose, group policies are available for all common products.

However, older applications, such as the MMC-based admin tools, are not loaded. Surprisingly, this also applies to brand-new apps, such as Windows Terminal. If you have started applications via UAC under a different account, Windows does not reload them, either.

You usually have to wait in vain for Explorer windows to reopen. They only show up if Explorer has been configured for this via its own setting, found in the View menu under Options > Change Folder and Search Options. It is called Restore previous folder windows at logon.

Automatically open the Explorer windows after a new logon

This setting can also be set centrally via Group Policy Preferences. To do so, navigate to User Configuration > Preferences > Control Panel Settings > Folder Options in the GPO editor, and create a new entry there. The list of settings is identical to the list in Explorer itself. 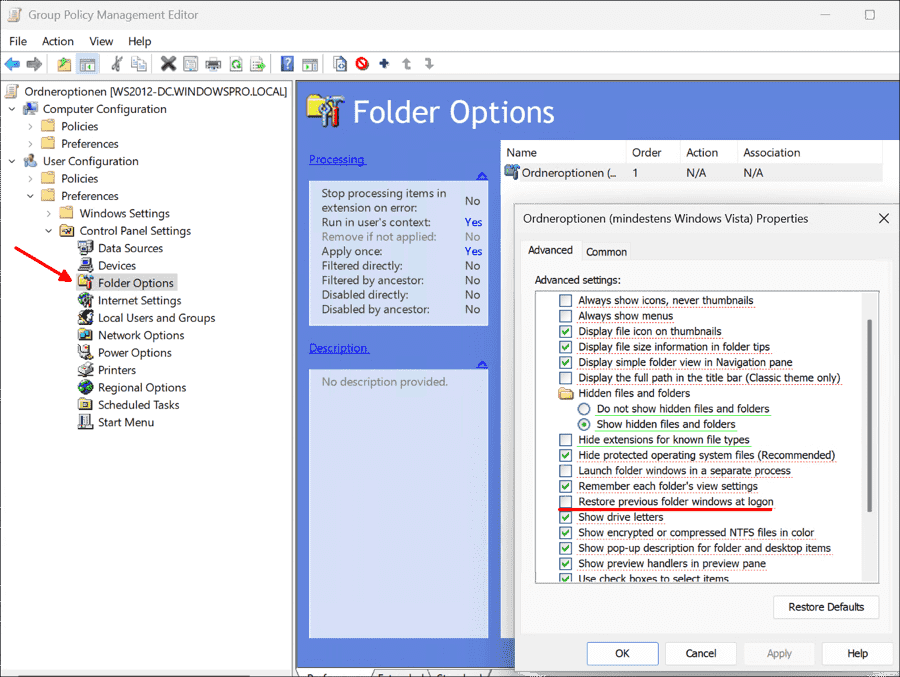 With Windows 10 20H1, Microsoft introduced the long-overdue feature to automatically restore the state of applications after a startup or logon. This saves users from having to manually launch apps and load the files or web pages they need.

However, Windows is not able to start all programs independently. File Explorer follows its own rules and must be specially configured for this purpose.