Refresh membership in AD security groups without reboot or logoff

Wolfgang Sommergut  Thu, Apr 15 2021Thu, Apr 15 2021  active directory, windows server  1
If you add computers or users to a security group in Active Directory, there will be no immediate effect. The associated permissions only take effect after a user has logged on again or the computer has been rebooted. This can be avoided by renewing the Kerberos tickets.

If you make a server a member of an AD group, for example, to include it in the security filtering of a GPO or to grant it permissions to request a certificate, it simply may not be possible to restart it immediately afterwards. However, a reboot is usually necessary to update computer membership in AD groups.

You can bypass the reboot by renewing the Kerberos ticket for the computer with klist.exe. If you run

on a command prompt, you will see that the so-called low part of the local computer's LogonID always has the value 0x3e7, while 0x3e4 belongs to the network service. The corresponding cached Kerberos tickets can be displayed with 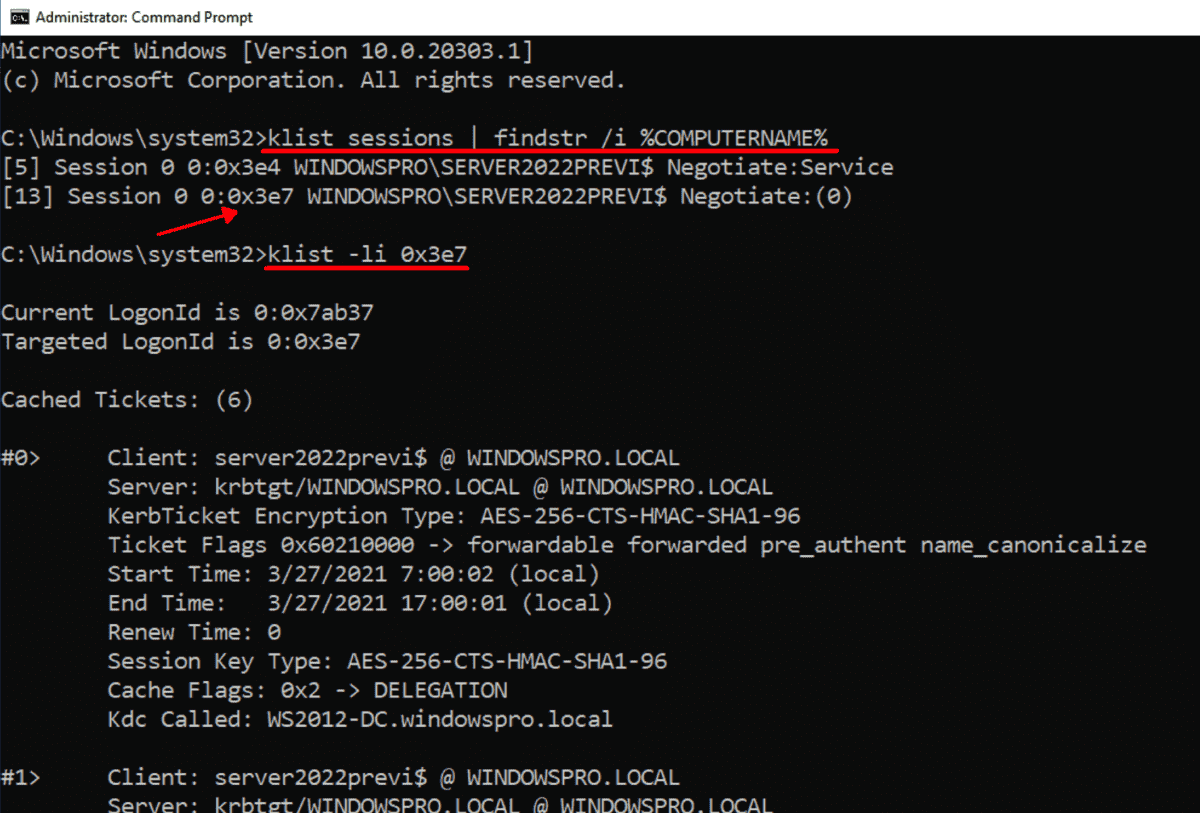 After adding the computer account to a new security group in AD, you can remove them using the purge parameter: 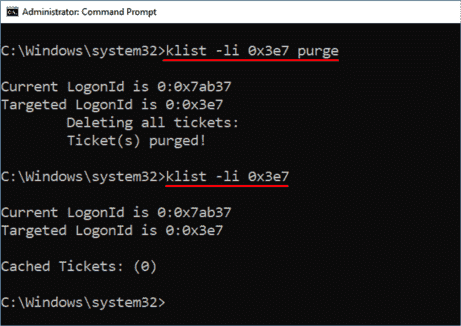 you will get new tickets. If you run

again and compare the output with the earlier use of this command, you will see that the timestamps of the Kerberos tickets have changed.

you can display the groups in which the local computer is a member. However, this command usually does not reflect changes after the ticket was renewed, regardless of whether the account was added to or removed from a group.

However, if you use an AD group for GPO security filtering, then the change has an immediate effect here and is also visible in the output of gpresult. The same applies to the permissions on other resources. 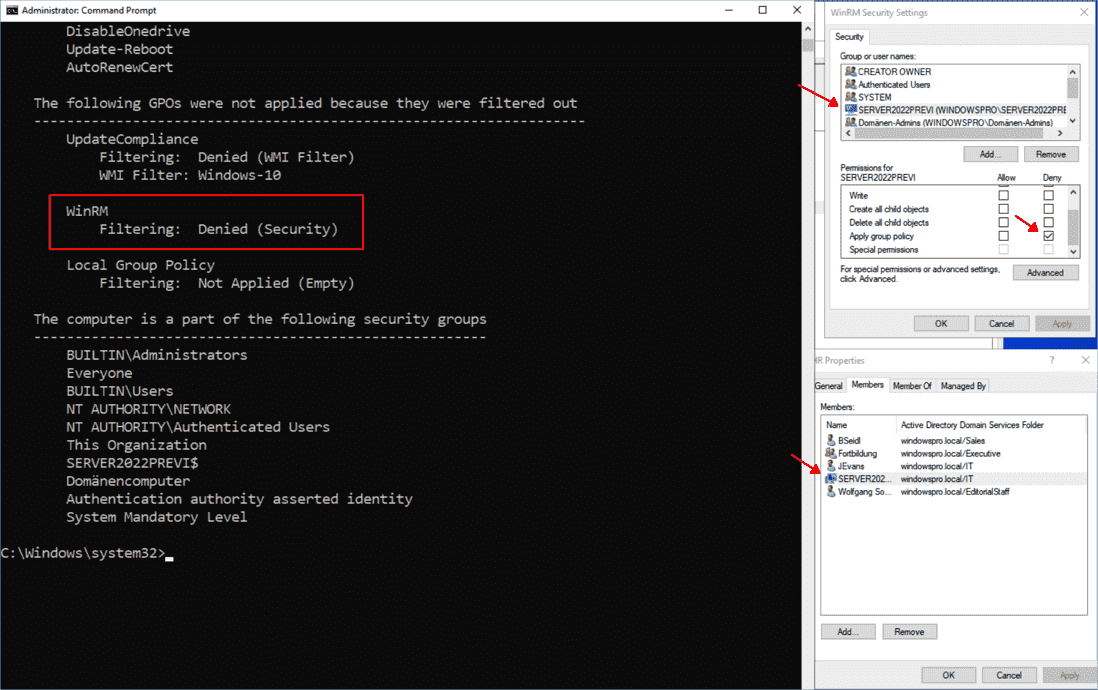 Server2022Preview has been added to the HR group which is not eligible for the WinRM GPO. gpresult does not show the HR group but the effect on filtering.

While servers often cannot be restarted just to update membership in AD groups, it is usually not a major problem for users to log off and on again to gain access to certain resources by changing group memberships.

However, if you want to avoid a logoff, klist.exe can help here as well. In this case, after the user account has been added to a new group, execute

on a command line without elevated privileges. The program prints the LogonID of the current user and confirms that the Kerberos tickets for this user have been deleted. To get new ones, you can start another instance of cmd.exe using runas. 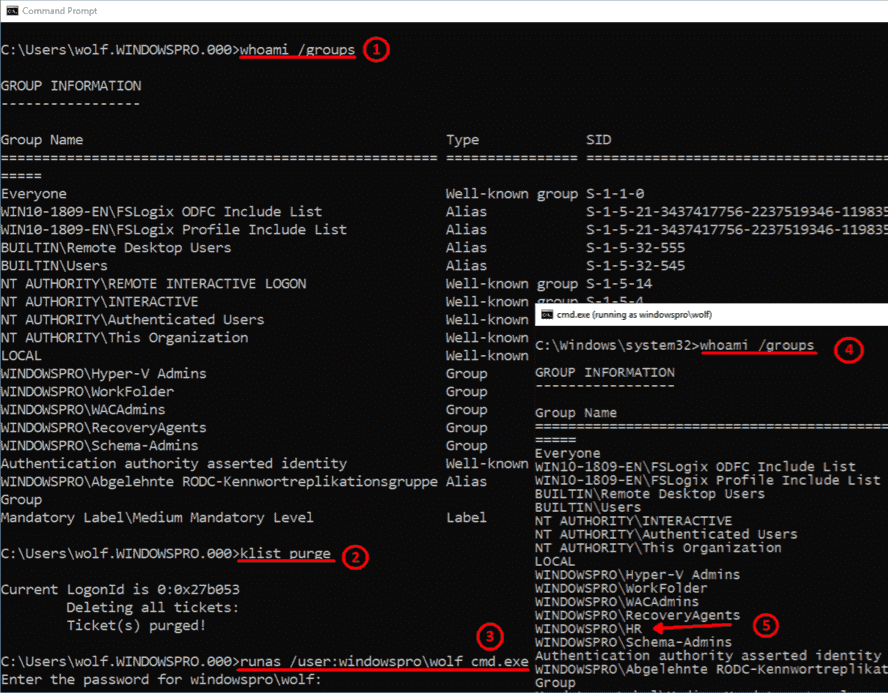 After the klist purge a new instance of cmd.exe shows the membership of the user in the group HR

there, then the change in the group memberships should already be noticeable. Accordingly, the user should also be able to access a network share, for example via the FQDN of the server, which he was denied before he was added to the new AD group.

It is obvious that the described solution works only for services that support Kerberos. With NTLM authentication, there is no way around rebooting or logging out.