Brandon Lee  Tue, Feb 8 2022Wed, Feb 9 2022  deployment  0
Many legacy systems don't offer REST APIs and no way to interact with them programmatically. Microsoft Power Automate for Desktop (PAD) is a free solution that enables automating manual and repetitive tasks without the need to use a programming language. The easiest option is to record user actions in macros.

With Power Automate for Desktop, Microsoft is essentially providing a tool comparable to what you can do with other freely available tools, such as AutoIt. AutoIt provides a BASIC-like scripting language that enables automating the Windows GUI and simulating keystrokes and mouse clicks. However, PAD provides these types of features in a simple and very consumable interface with many features.

Microsoft PAD ships with prebuilt automated actions and a built-in recording tool that allows you to record your own flows by pointing and clicking your way around the desktop. The sets of automated processes you create through PAD are known as "Flows." With these flows, you can easily interact with and automate modern and legacy applications.

The PAD tool is free for both Windows 10 and Windows 11 users. The app is built into Windows 11. To start working with PAD, you need a Microsoft account or a work account with Office 365/M365. If you are running Windows 10, you can download and easily install the app. During setup, you can also add the browser plugin for PAD. 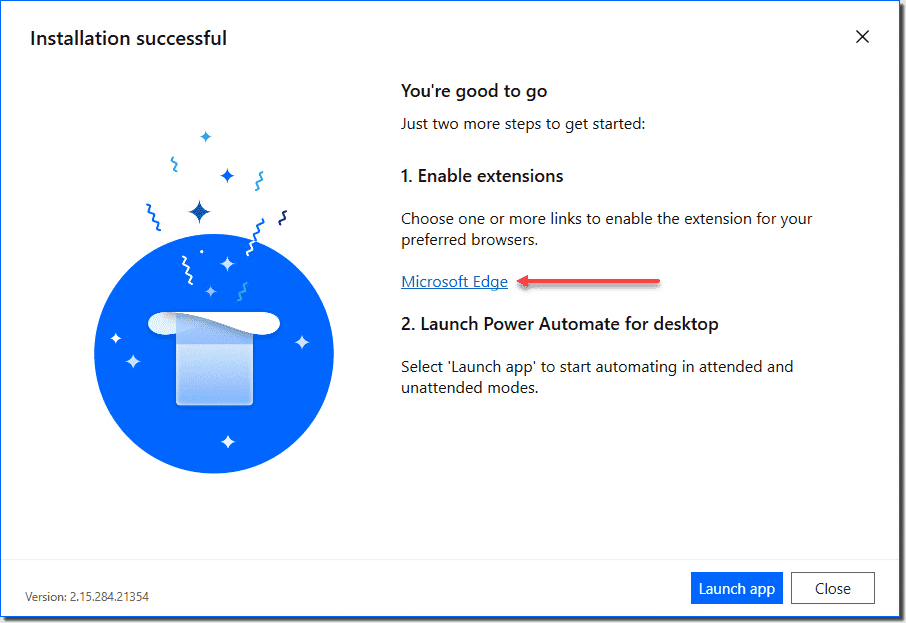 After launching, your only option in the empty PAD environment is to click the New flow button. 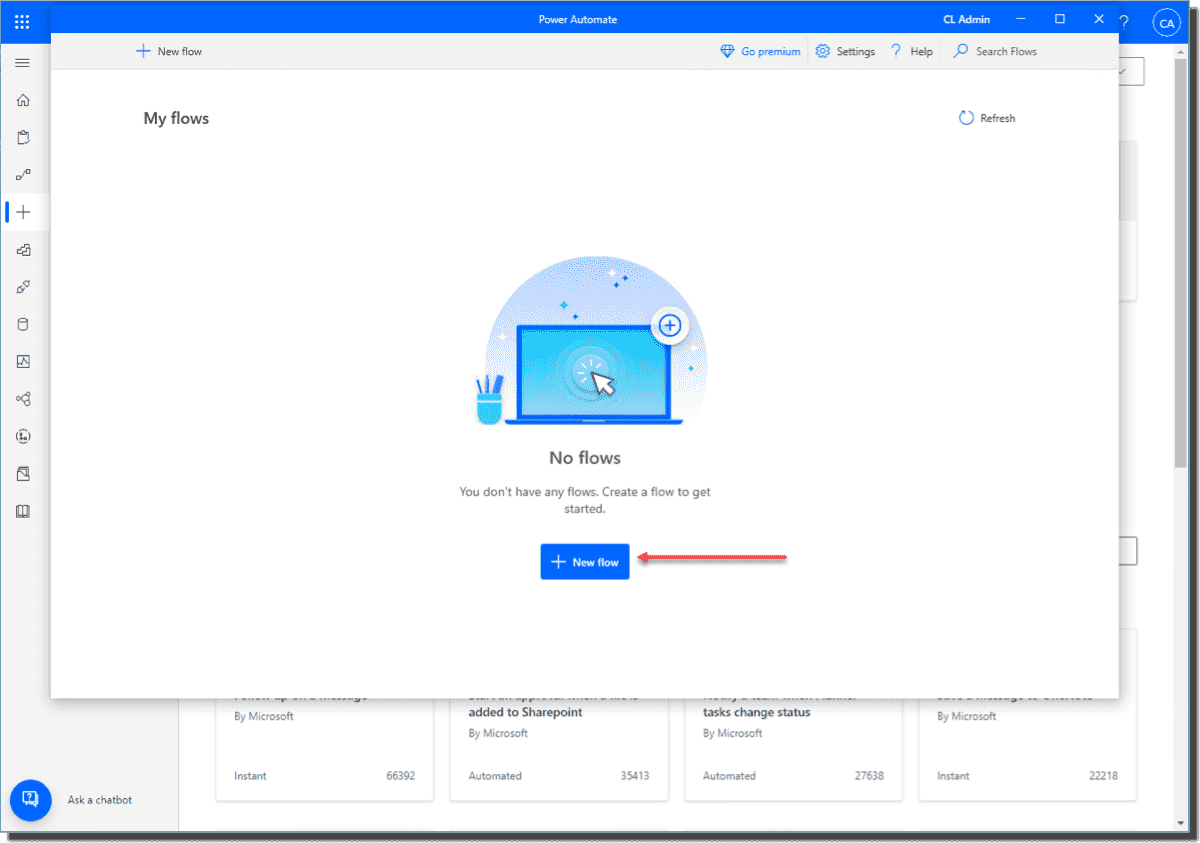 Creating a new flow in Power Automate for Desktop

The image below shows the multiple built-in actions available by default with PAD. At this point, Microsoft has almost 400 available actions that you can take advantage of. In addition, notice the record button to the right of the Action pane at the top. You can record clicks, keystrokes, and other actions performed while interacting with the GUI. 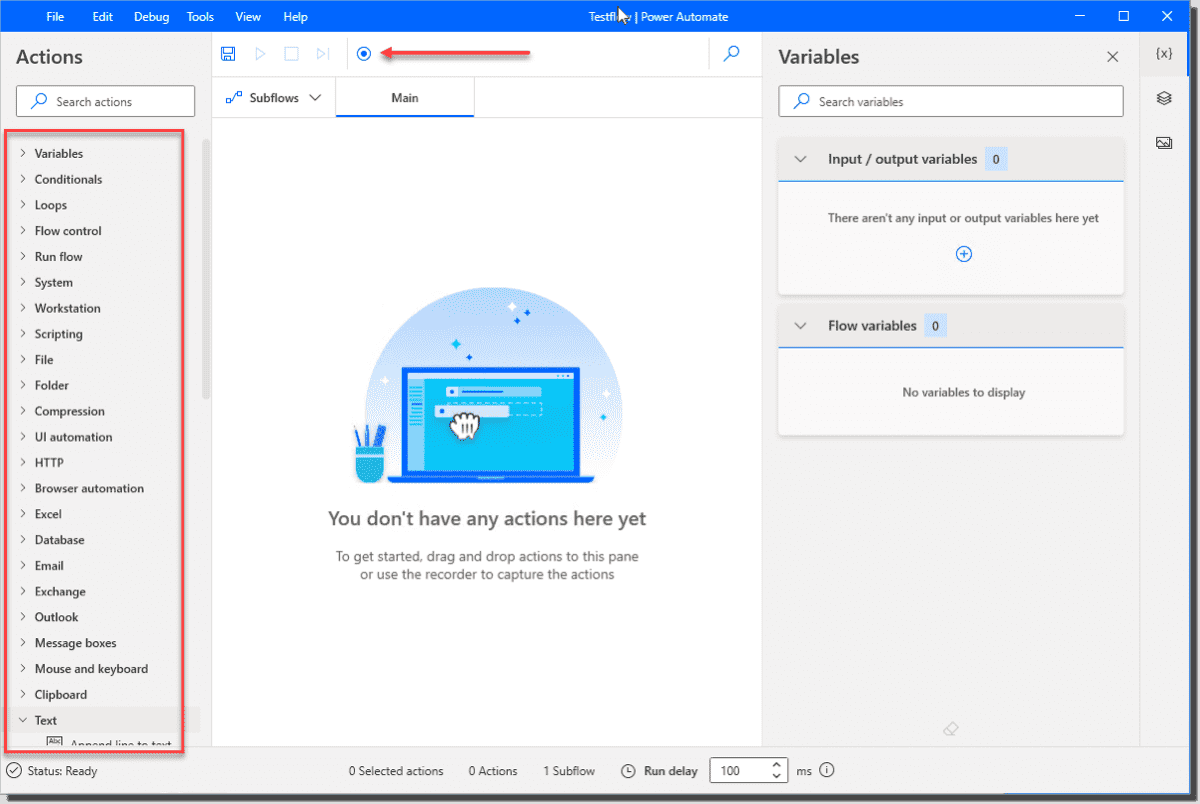 Viewing the available actions in the Power Automate for Desktop app 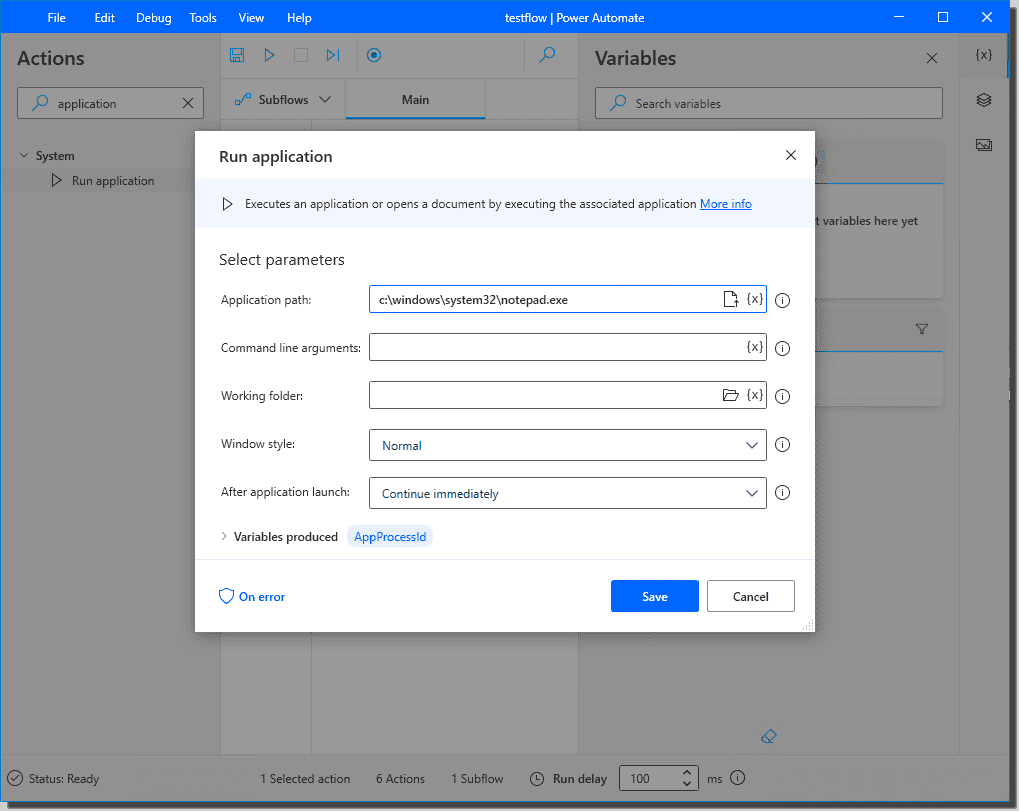 Besides adding various tasks from the Actions pane, you can also record actions. 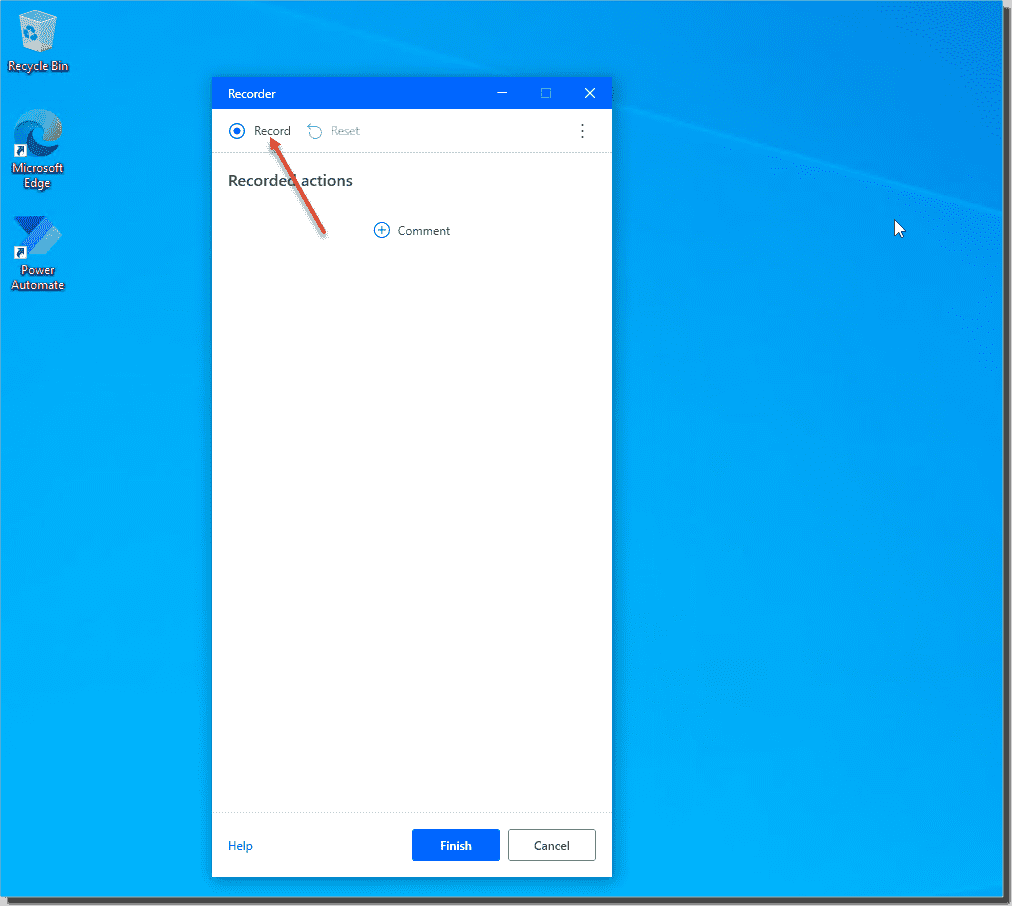 Now, let's use the record feature to record keystrokes in our Notepad.exe application. After clicking the Record button, I typed the text into the opened Notepad document. 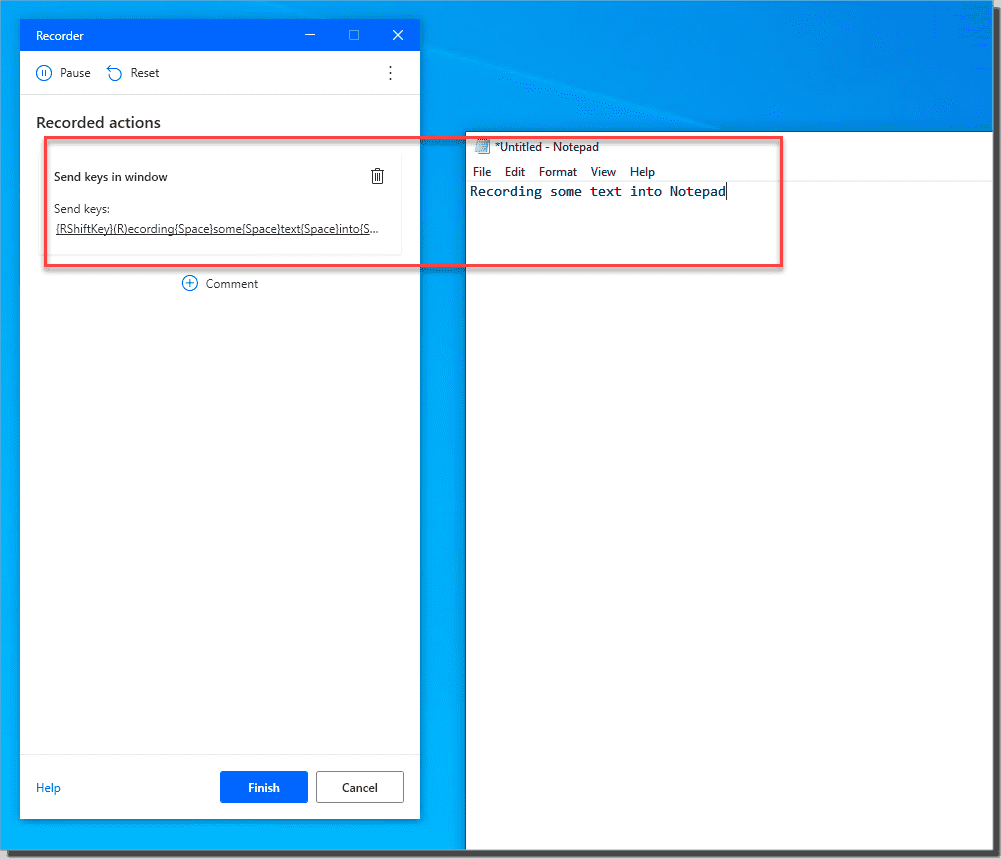 PAD shows the focus during the recording process, with a red outline on the specific UI element. 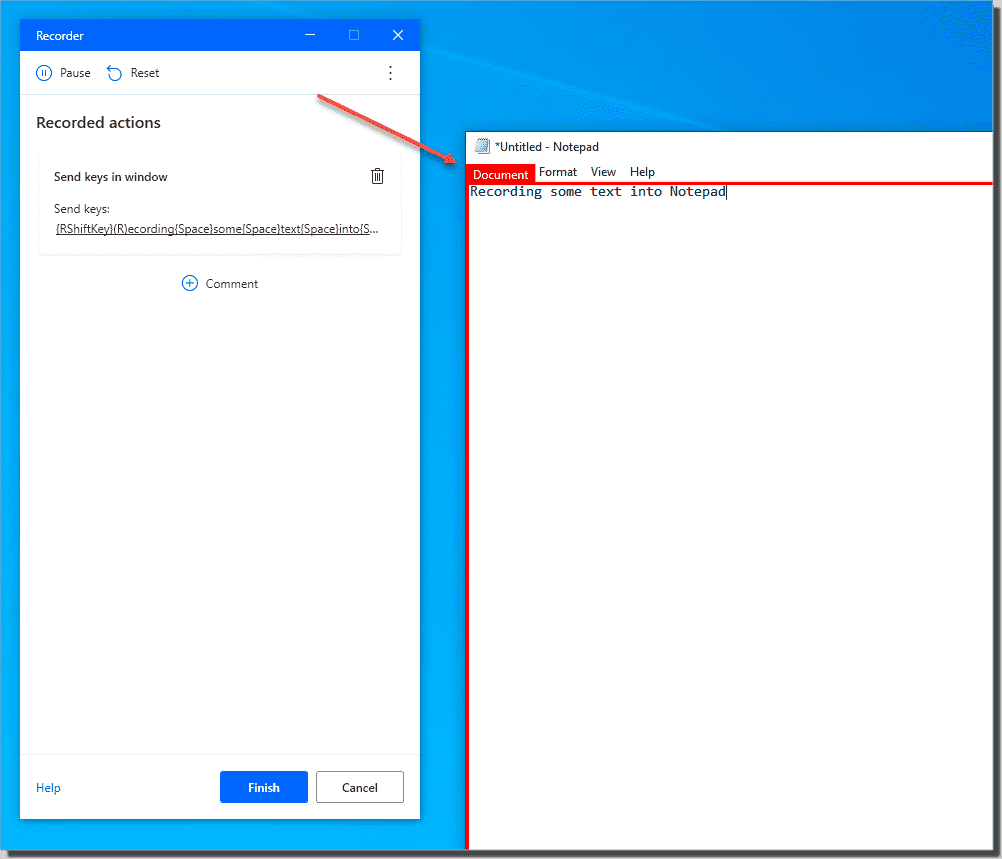 Captured elements are outlined in red

After completing the steps you want to record, click the Finish button at the bottom of the recorder. In the Main Flow pane, you will see the captured events and the Run application step we created above. You can begin the flow at any point. Right-click a step and click Run from here. 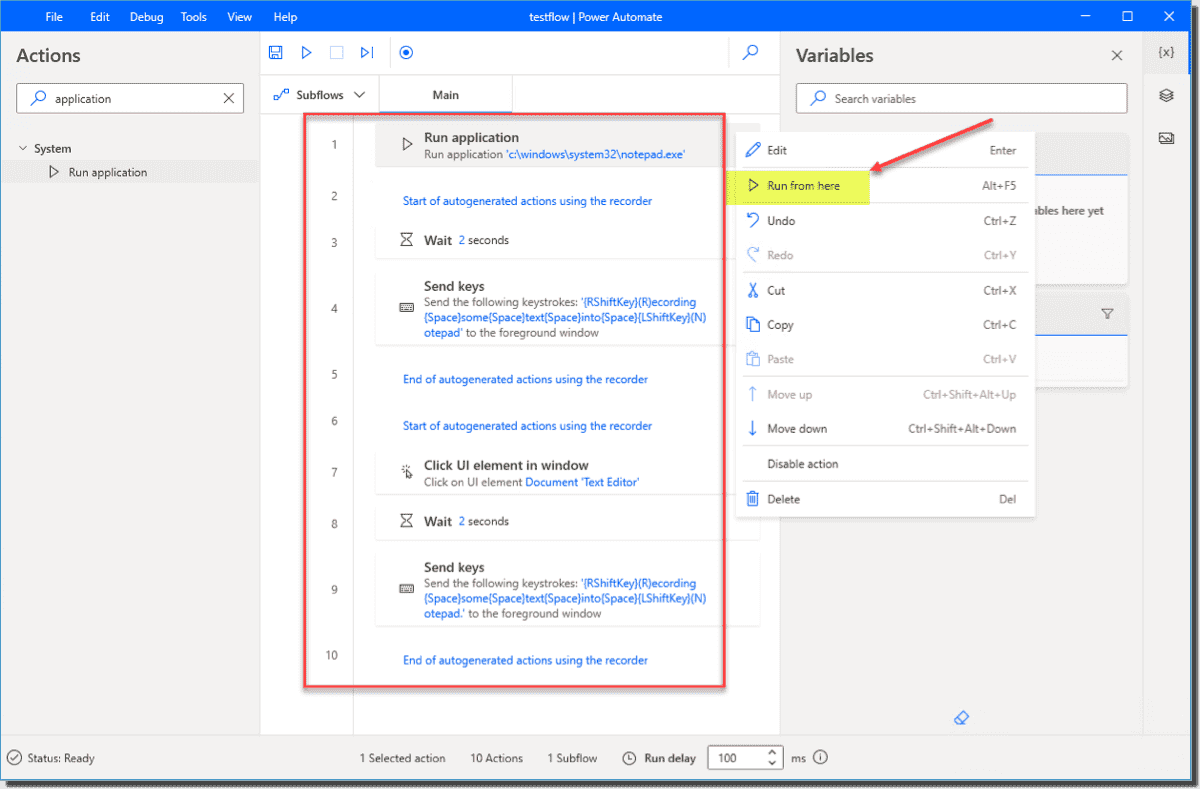 Viewing the captured components and running from various stages

After you click Run from here to run the step (I did from the beginning of the tasks in the flow), you will see PAD start stepping through the flow. After a couple of seconds, the text recorded earlier is replayed and entered into the Notepad document. 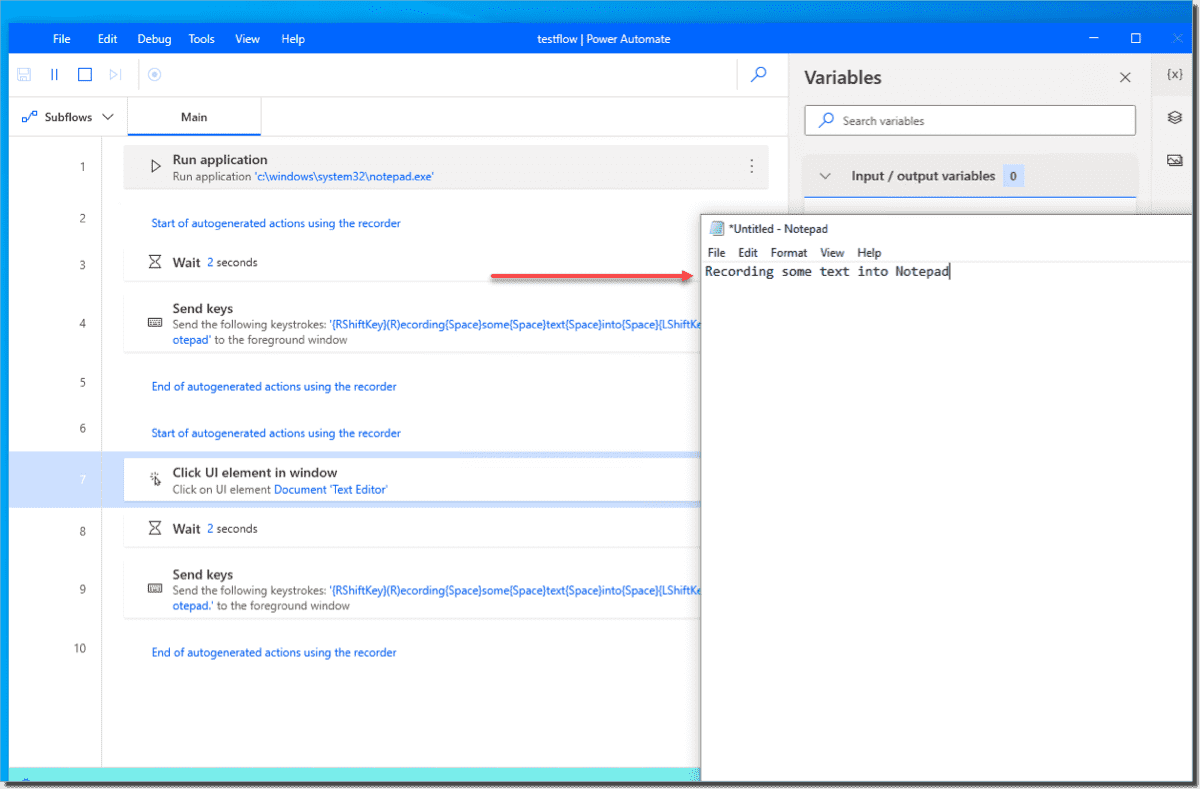 Text is replayed into the Notepad document

There are a few issues to be aware of when using the recorder with PAD.

Power Automate for Desktop provides an interesting solution to automation, as it allows users to capture manual clicks and keystrokes. It provides a means to automate legacy applications for which there are no modern programmatic APIs.

However, it is not just for business use. Home users can benefit from PAD in the repetitive tasks they perform each day. Learn more about Power Automate here.