Price increase for Microsoft 365: Save costs with hybrid licensing

Wolfgang Sommergut  Fri, Feb 25 2022Fri, Feb 25 2022  cloud computing, microsoft 365  0
Effective March 1, 2022, prices for some Microsoft 365 and Office 365 subscriptions will increase by up to 25 percent. Companies could save money by switching to a plan that doesn't include the Office apps and instead purchasing a perpetual license for those apps in the Long-Term Servicing Channel (LTSC).

If you compare the various subscriptions, whether for Business or Enterprise, you'll see that Microsoft asks for a considerable surcharge for the Office applications. For example, the difference between Office 365 E1 and E3 at current prices is 12 USD per user per month (8 versus 20 euros). This can be explained, in part, by a few additional features, such as extended device management. 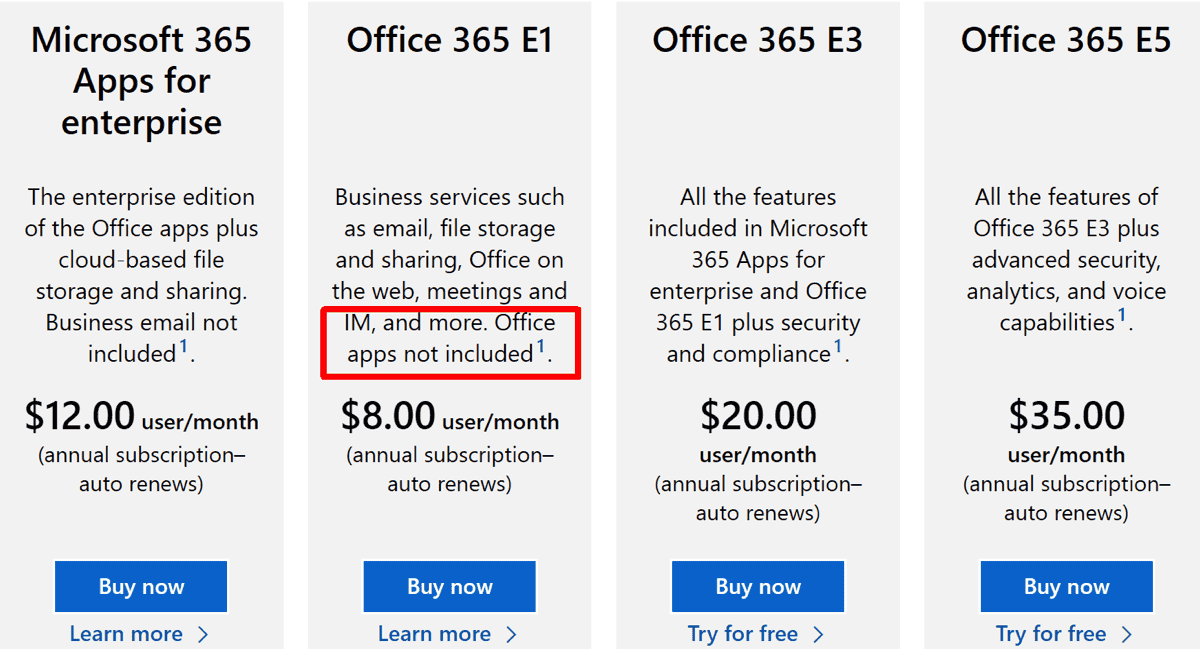 If you do not need them, it might be worth switching from E3 to E1, although you would then have to purchase the Office apps separately. Companies could take this opportunity to evaluate whether all employees need a full Office package or whether the web apps are sufficient in many cases.

If organizations license Office LTSC, then the question arises as to whether the current 2021 version is required. It offers hardly any new features and only five years of support. Currently, there are offers online for volume licenses of Office 2019 Professional Plus for less than $100. And compared to Office 2021, you only lose one year until the end of life (2016 versus 2017).

So, even after the disproportionately high price increase for E1 from March, it can be assumed that the license costs for Office will be amortized relatively quickly after the switch from E3.

The same applies to the switch from Microsoft 365 Business Standard to Business Basic. This has the additional advantage that LTCS applications can be managed using group policies, unlike those in the subscription.

Used software as an option ^

An article in the ITAM Review calculates such a hybrid model based on used licenses for Office 2016 and 2019. The author assumes an environment with 1000 users over a period of three years. The savings would be in the mid-six-digit range. 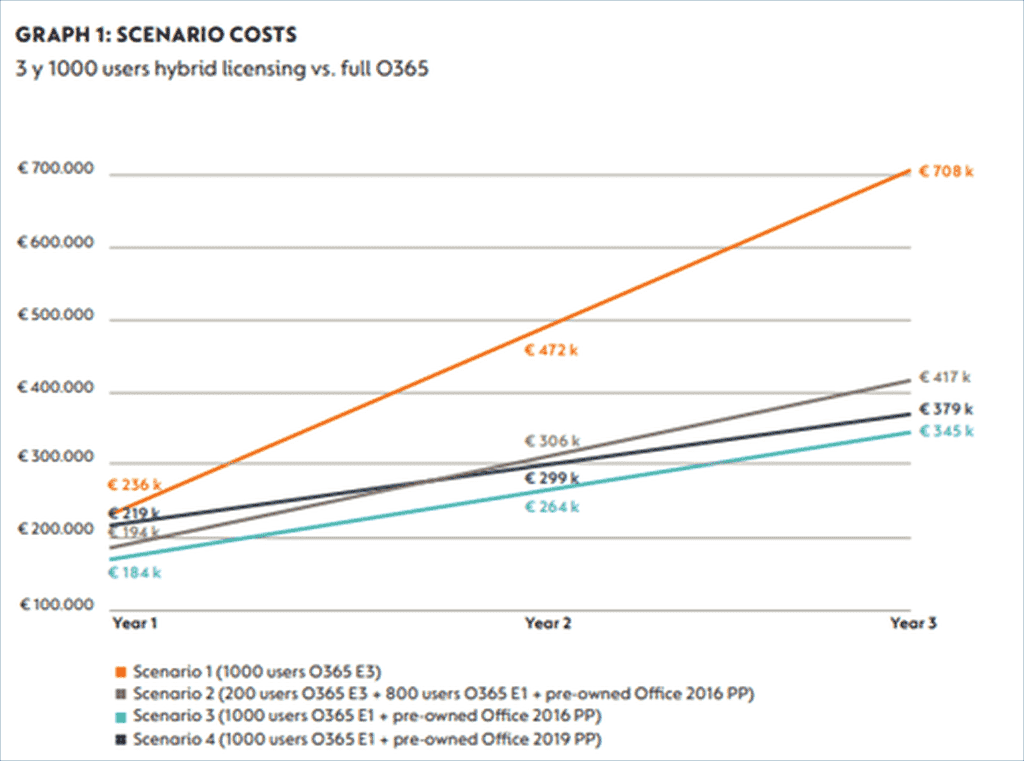 Overall, such a calculation, especially in larger companies, will not be easy if they are considering mixed forms of E3 and E1 plus LTSC licenses for Office.

The licensing conditions for Microsoft products are generally complicated, and the choice of a model depends heavily on usage scenarios. Therefore, the cost reduction option described here is intended as a suggestion that is suitable for certain environments but possibly not for others.