Michael Pietroforte  Thu, Jan 1 2015Wed, Dec 31 2014  android, cloud computing, fun, powershell  2
In this poll, you have the chance to influence the topic selection on 4sysops in 2015. I am very interested in your view of how IT will develop this year and in the years to come.

If you look at the overall media coverage of IT topics, you get the impression that profound changes are underway. Post-PC age, cloud computing, and PowerShell dominate the discussions in forums and blogs and at conferences. However, when I look at the traffic statistics of 4sysops, I see a different picture. Most of the traffic still comes from topics about traditional GUI-based Windows administration. Every once in a while, a PowerShell article performs well, but cloud computing and Android topics didn’t find many readers in 2014. 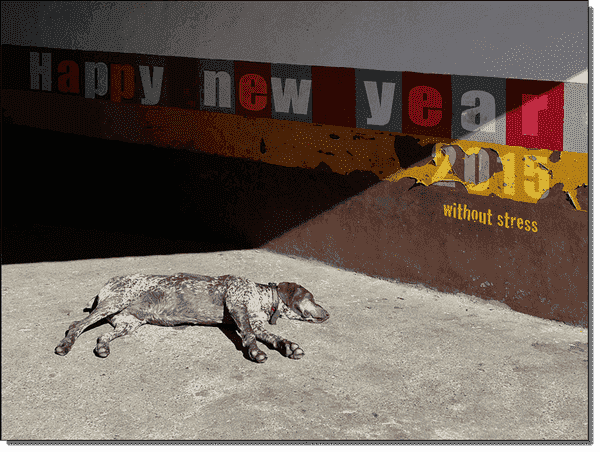 You might say that this is because 4sysops has been around for a while now (almost nine years) and most of its readers are traditional system administrators. However, because most of our traffic, by far, comes from Google and is therefore generated by new visitors, articles about the buzz topics mentioned above should perform better. I think the correct explanation is that the vast majority of admins are still doing IT in essentially the same way as ten years ago.

So does this mean that PowerShell, cloud computing, and tablets were just hypes, and we will continue to deploy Windows PCs with old-fashioned Windows 95 Start menus? I doubt it.

The fact that Surface 3 is doing so well shows that the PC is about to mutate into something new. A touch screen is useful for some tasks, and I don’t see any reason why Windows can’t be transformed into an OS that offers a good user experience on all device types. However, we still can’t rule out that the Google founders dump Chrome OS and push Android on the PC. In this case, I am afraid, Windows would be in trouble.

I also believe that PowerShell will continue to gain ground, although I think its popularity will grow as a programming language and not at the command prompt as an alternative to GUI administration. The best thing about PowerShell is that so many sources are now available that help large organizations create their own administration tools. I am reading quite a few PowerShell blogs, and most of the stuff I see there is about scripting and not CLI administration. Thus, PowerShell is replacing not only VBScript but also C# and VisualBasic.NET in many IT departments.

The fact that cloud computing still only plays a minor role in many IT departments, even though it has been around for some time, says little about its future development. The only thing that counts here is the growth rate. The cloud is growing exponentially, and it is a well-known fact that humans tend to think in a linear way. That is, they always underestimate the power of exponential curves that start flat but, at some point, appear to go through the roof. I have seen this phenomenon many times with new technologies—mobile phones, the Internet, smartphones, eBooks, and many more. In all those cases, most people underestimated the importance of these new technologies for the near future.

Okay, I guess I influenced you enough and you are ready to cast your vote in the poll below. However, if you are a more conservative admin and believe that we shouldn’t follow all those new hypes, don’t hesitate to vote accordingly. I am very interested in what kinds of topics you want to read on 4sysops in 2015.

As the topic areas are not mutually exclusive, you can vote for multiple options. If you vote for Windows in this poll, it means you want to read more about traditional GUI-based, on-premises Windows administration. Of course, PowerShell is also about Windows, but in this poll it represents the administration without the help of too many colorful windows. The cloud represents the major cloud computing providers and, in particular, the market leaders AWS and Azure. Android is my placeholder for the post-PC domain because Google’s open OS is currently dominating on tablets and phones.

If you feel that a topic area is missing, or if you have more specific areas of interest that you want us to cover more extensively, please drop a comment below. You can also share your own New Year’s IT resolution. Tell us what is on your IT to-do or things-to-learn list in 2015. Psychologists know that, once you commit to a resolution in public, the likelihood that you will fulfill your promise increases dramatically.

I would also like to take this opportunity to thank all readers, authors, and sponsors for supporting 4sysops in 2014. Happy New IT Year!