Michael Pietroforte  Thu, Mar 24 2022Thu, Jun 9 2022  AWS, cloud computing, devops, mac, python  0
In my previous post, I explained how to install Boto3 with VS Code on Windows. Even though all components involved are cross-platform, the installation of the AWS SDK with VS Code on macOS is a bit different.

Macs come preinstalled with Python. However, it is the old Python 2.7, which does not work with VS Code. Thus, we need to install Python 3 before we can install Boto3. First, download either the Intel installer if you have an Intel Mac or the universal installer for an M1 Mac.

Python 3 on macOS also installs pip3, so we don't have to install that. However, instead of pip install boto3 we have to use the command below because Python 2.7 is still installed with the old pip. 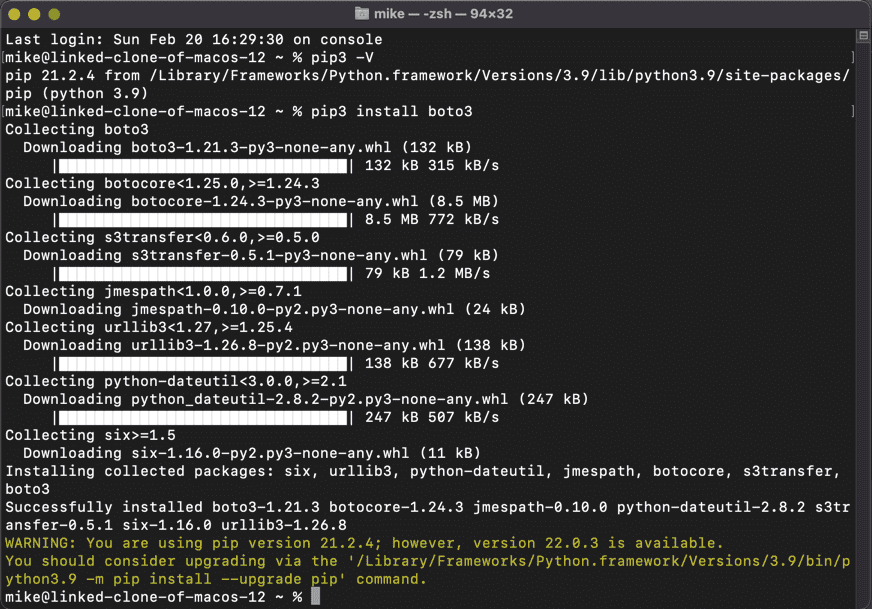 If you didn't install the AWS CLI on your Mac, you have to add the configuration files to your home directory in the .aws folder:

Then, create the config file where you specify the AWS region you want to work with and the output format the AWS CLI uses.

You can get your AWS access keys (access key ID and secret access key) after you sign into the AWS Console by clicking Security Credentials in the upper right corner under your user name.

Install VS Code on macOS ^

Download VS Code from Microsoft and unzip the file. There is no installer; you can just move the VS Code app to your Applications folder and then launch VS Code.

I highly recommend that you disable telemetry altogether if you don't want to share your private data with Microsoft. To do so, in VS Code, click File > Preferences > Telemetry Settings and then choose Off as the Telemetry Level. 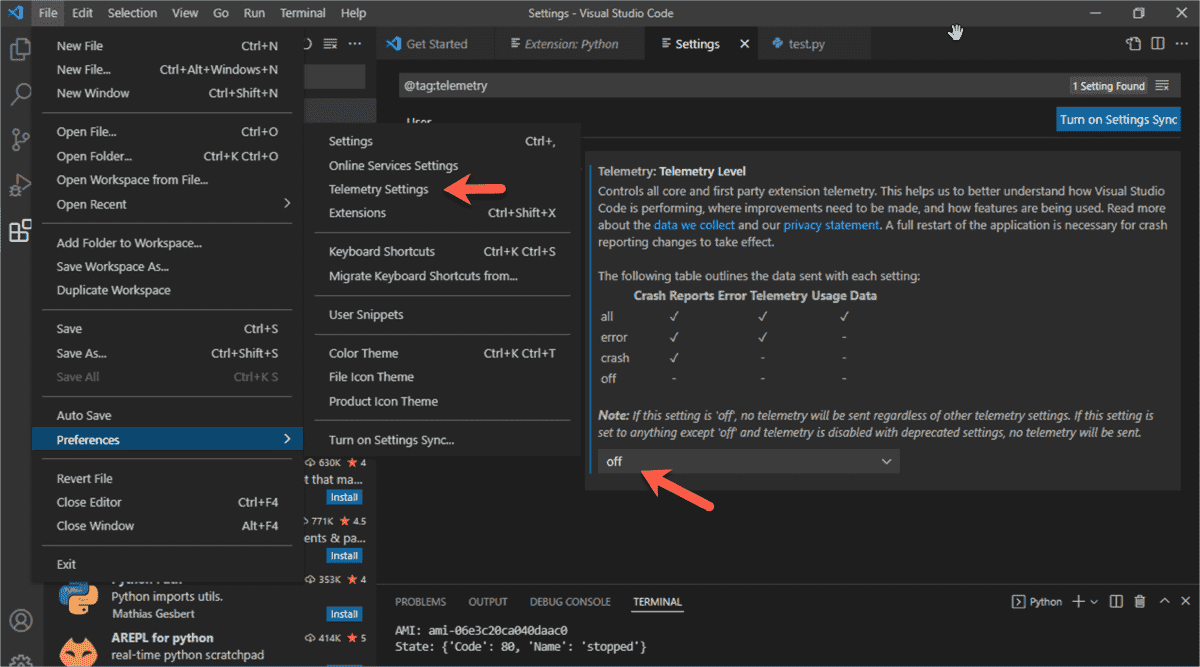 Disable telemetry in VS Code

Next, you have to install the Python extension for VS Code. The extension enables you to easily run and debug Python in VS Code. Click the Extension icon on the left sidebar and then search for Python. The first hit should be the Microsoft extension, which is the one that we need. 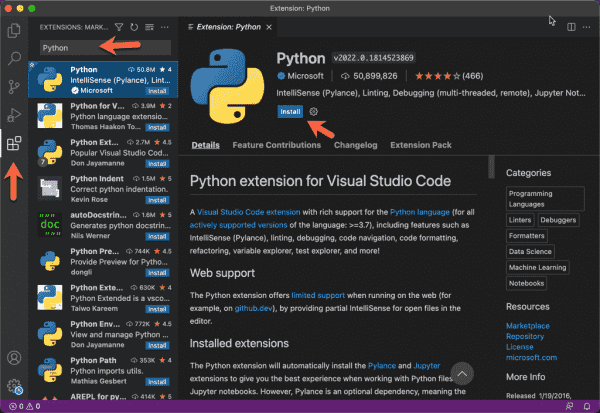 To test whether your Boto3 installation in VS Code works, you can run the code below, which lists all your EC2 instances in AWS:

Create a new file in VS Code and save it with the file extension .py. Then, click the debug icon in the upper right corner of VS Code to run the Python script. 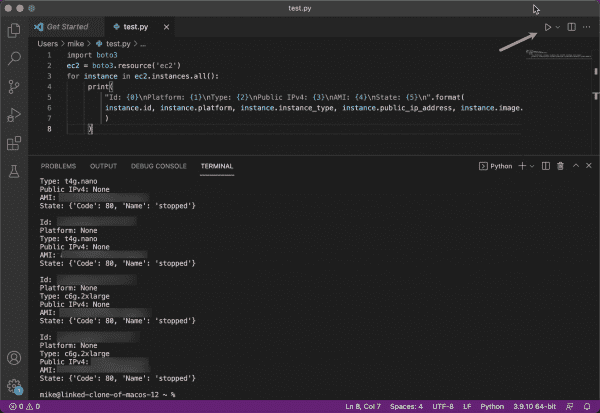