Wolfgang Sommergut  Tue, Mar 23 2021Fri, Apr 23 2021  cloud computing, microsoft 365, office  8
In a market dominated by Microsoft, Ascensio System SIA positions its applications as alternatives to MS Office in several ways: the programs focus on collaboration, the web apps and desktop apps offer the same functionality, and they are subject to an open-source license.
Contents

Classic office suites emerged in the early era of PCs and were intended to increase personal productivity. Over the years, their functionality has grown tremendously, but for some time now, Microsoft's core applications have shown hardly any innovation, despite the semiannual updates.

In our modern connected world, collaboration using Microsoft Office essentially is stuck to saving documents on a shared drive or exchanging them via email. The latter in particular regularly leads to version conflicts in larger teams.

A new generation of office applications

The office market received new impetus from web applications such as Google Docs and Zoho Office. On the one hand, they can run on any system with a modern browser; on the other hand, they are more geared toward teamwork. Microsoft has also entered this segment with its Office Web Apps.

Both Google and Microsoft inextricably link their online office with their own cloud applications. Connections to private clouds are not intended, meaning one will always be working on storage such as Google Drive or OneDrive, even if the documents can be downloaded. 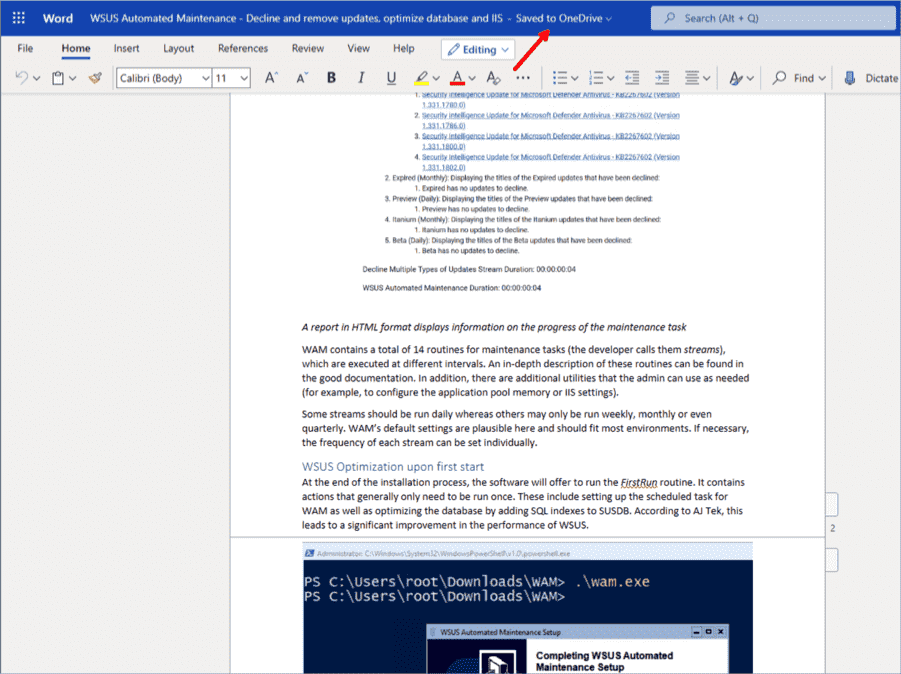 Since users are connected to the same backend with these browser-based applications, this opens up completely new possibilities for collaboration. These include co-editing documents in real time or communicating via chat while working on documents. 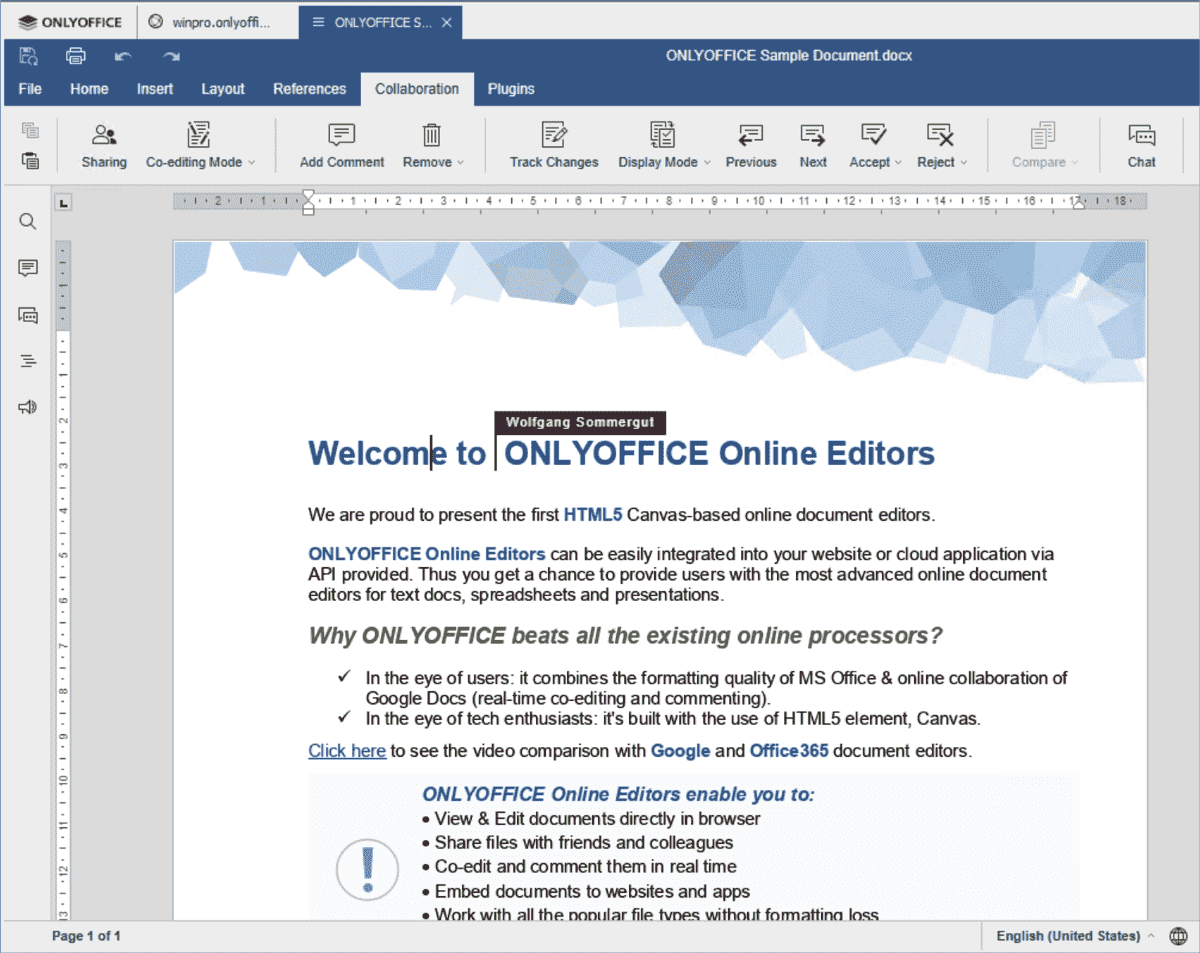 At the same time, however, some of these office products suffer from various limitations. For example, they have less functionality than Microsoft's full-blown desktop applications and are therefore generally not optimal for complex documents with numerous illustrations, cross-references, and footnotes, such as scientific papers or book manuscripts.

Another common weakness is the lack of support for Microsoft Office file formats. This compatibility is absolutely necessary, even if a company switches to an entirely different product internally, as DOCX, XLSX, and PPTX have established themselves as the default file formats for document exchange. Therefore, every organization will regularly receive MS Office files from business partners or customers.

Officially, all vendors of office apps claim that they are able to read and write Office Open XML. Yet in practice, documents can look considerably different from how they appear in MS Office. This also applies to desktop alternatives such as Libre Office, and even Microsoft itself does not deliver perfect results when exchanging files between their desktop and web apps.

Users have to switch from the web to the desktop applications at least when they have to work offline. Google only offers a Chrome extension in order to use Docs in a disconnected mode. 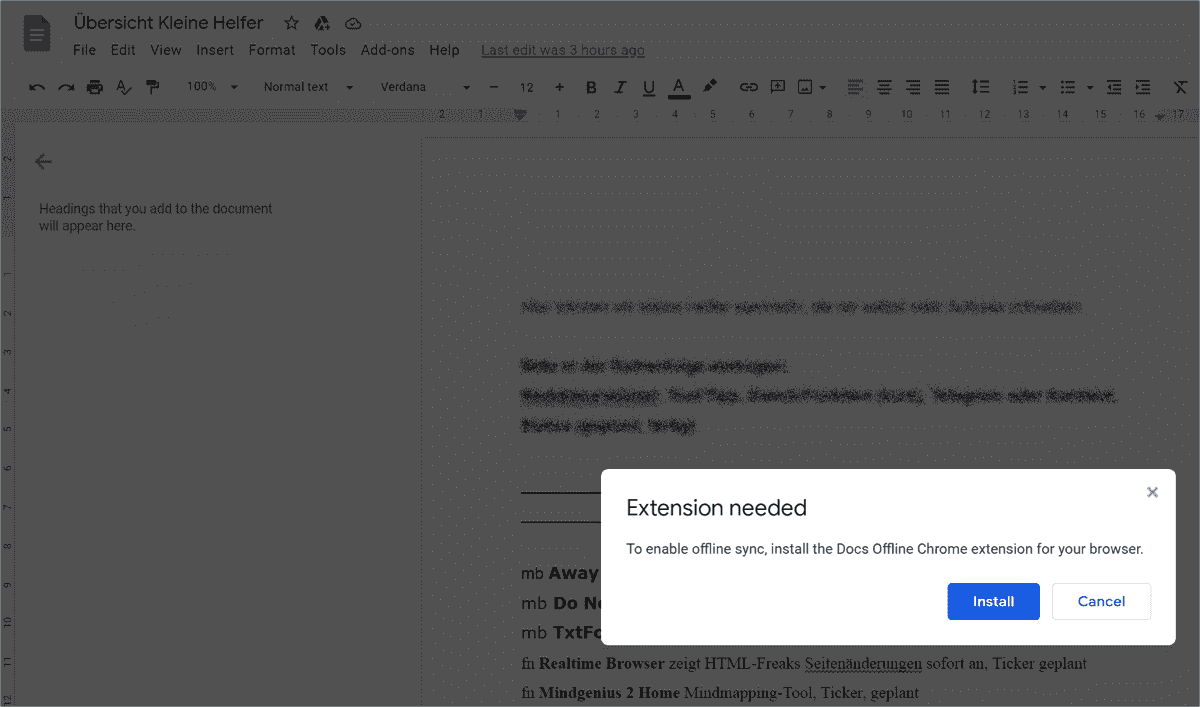 The alternate concept of ONLYOFFICE

Naturally, these requirements for modern office packages also apply to newcomers such as Ascensio System SIA. ONLYOFFICE already differs from Microsoft and Google when it comes to deploying the applications themselves. The software is not only available as an online service, but can also be installed on your own server.

From there, you can integrate the programs not only with ONLYOFFICE Workspace, a collaboration server provided by the Latvian vendor, but also with several common CMS or collaboration systems through connectors. These include Alfresco, Confluence, ownCloud, Nextcloud, SharePoint, and many others.

ONLYOFFICE also takes a different approach from that of Google or Microsoft when it comes to supporting different platforms, and thus also when it comes to supporting offline work. The three applications, namely a word processor, a spreadsheet, and presentation graphics, look identical as web or desktop apps and offer the same set of functionality.

Since the web version runs on every common client OS, it is only logical to offer offline-capable desktop versions on the most popular platforms as well. These locally installed ONLYOFFICE apps also look identical across all operating systems (Windows, macOS, and Linux), so users never have to change the way they work.

The ONLYOFFICE desktop applications are standalone programs that can be installed using the specific means of the respective platform. In the case of Windows, this is an EXE installer.

The desktop editors do not require a server component and can be used locally like a conventional office suite. They are subject to the AGPL open-source license and can be downloaded here.

However, these programs only show their true strength when they are connected to a collaboration server in the back end, for example, Nextcloud, ownCloud, Seafile or ONLYOFFICE Workspace. Only then are features such as the co-editing of documents in real time, versioning, or chats available. 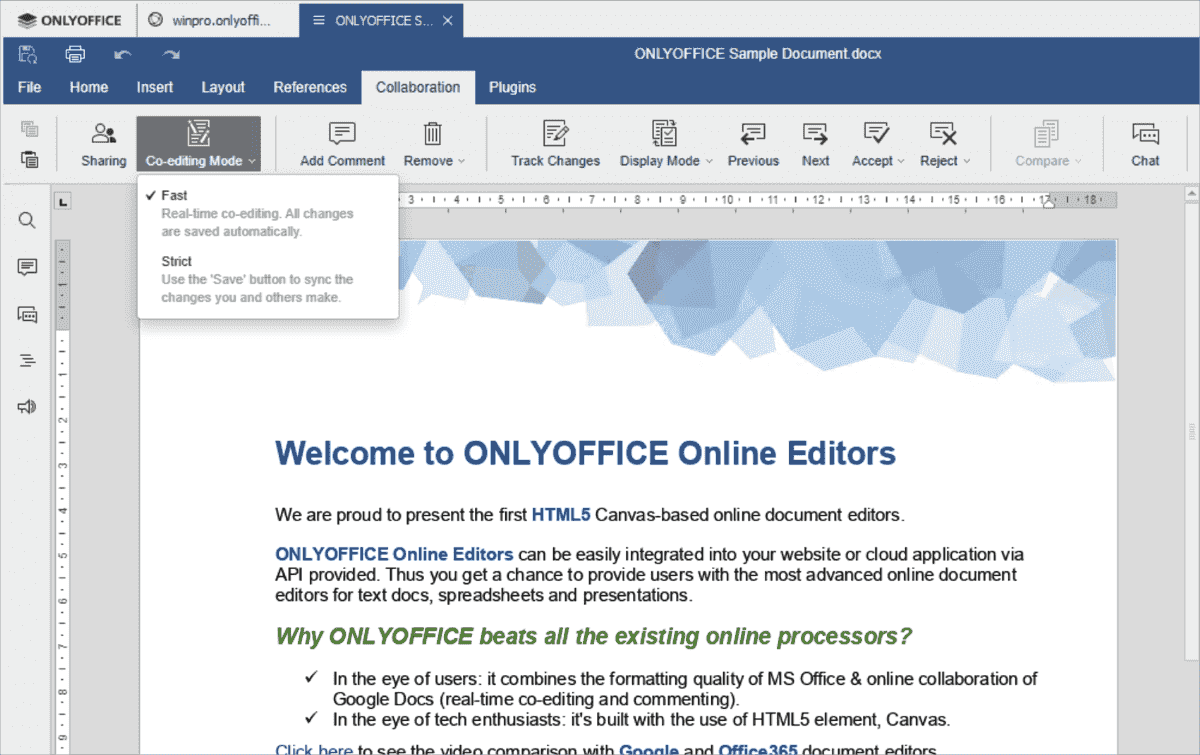 Users therefore do not have to switch from the desktop to the browser version, as is the case with Microsoft, when several authors want to edit a document in Teams or OneDrive. With ONLYOFFICE, desktop apps offer all collaborative features as well.

The web version is primarily suitable for environments in which you do not want to install local applications, such as BYOD or extranets where you cooperate with customers or partners. It can be installed on Linux and Windows servers and is available in various formats, including Docker containers.

Setting the web suite up on a Windows Server requires that you install Erlang, RabbitMQ, and PostgreSQL first. For ONLYOFFICE itself, an EXE installer is provided.

The web apps cannot be used without a server for storage and collaboration. However, they ship with a rudimentary demo service that allows documents to be created or uploaded and then saved locally again. 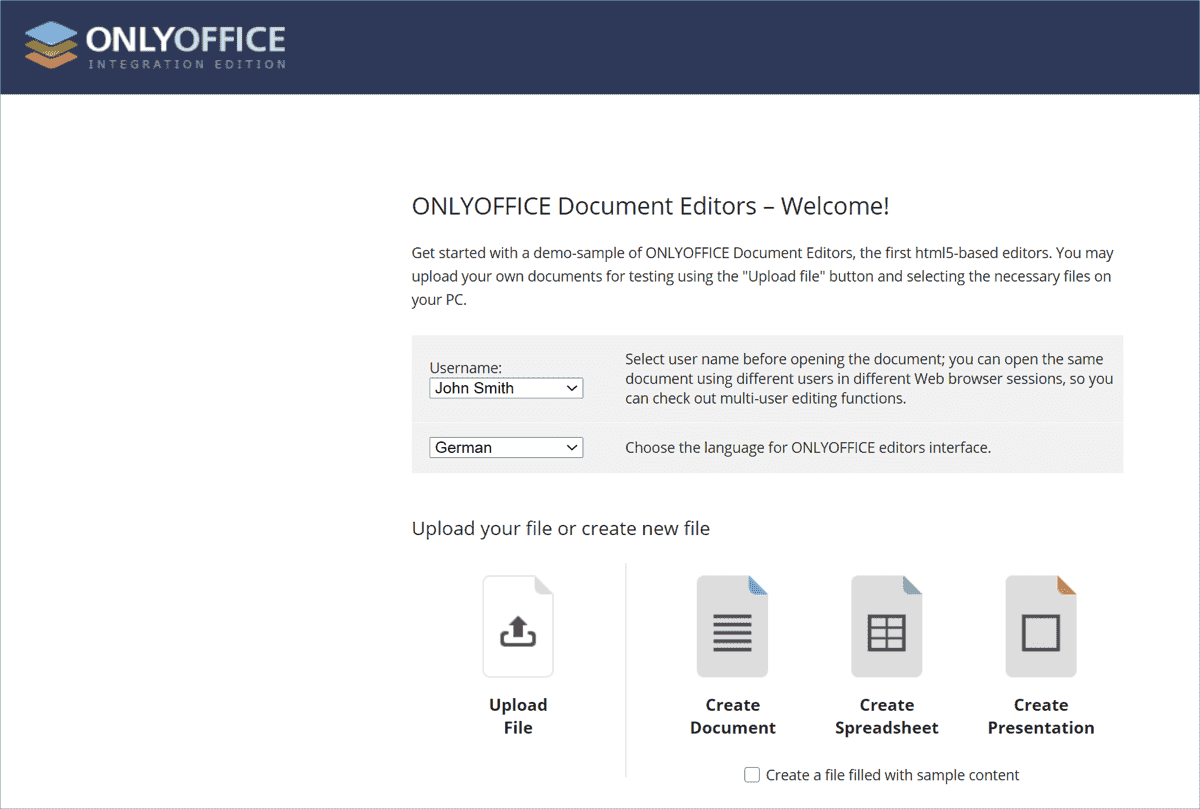 In addition to the desktop and web variants, there are ONLYOFFICE apps for mobile devices, whether running Android or iOS. Due to their form factor, smartphones are primarily designed for consuming rather than producing content. 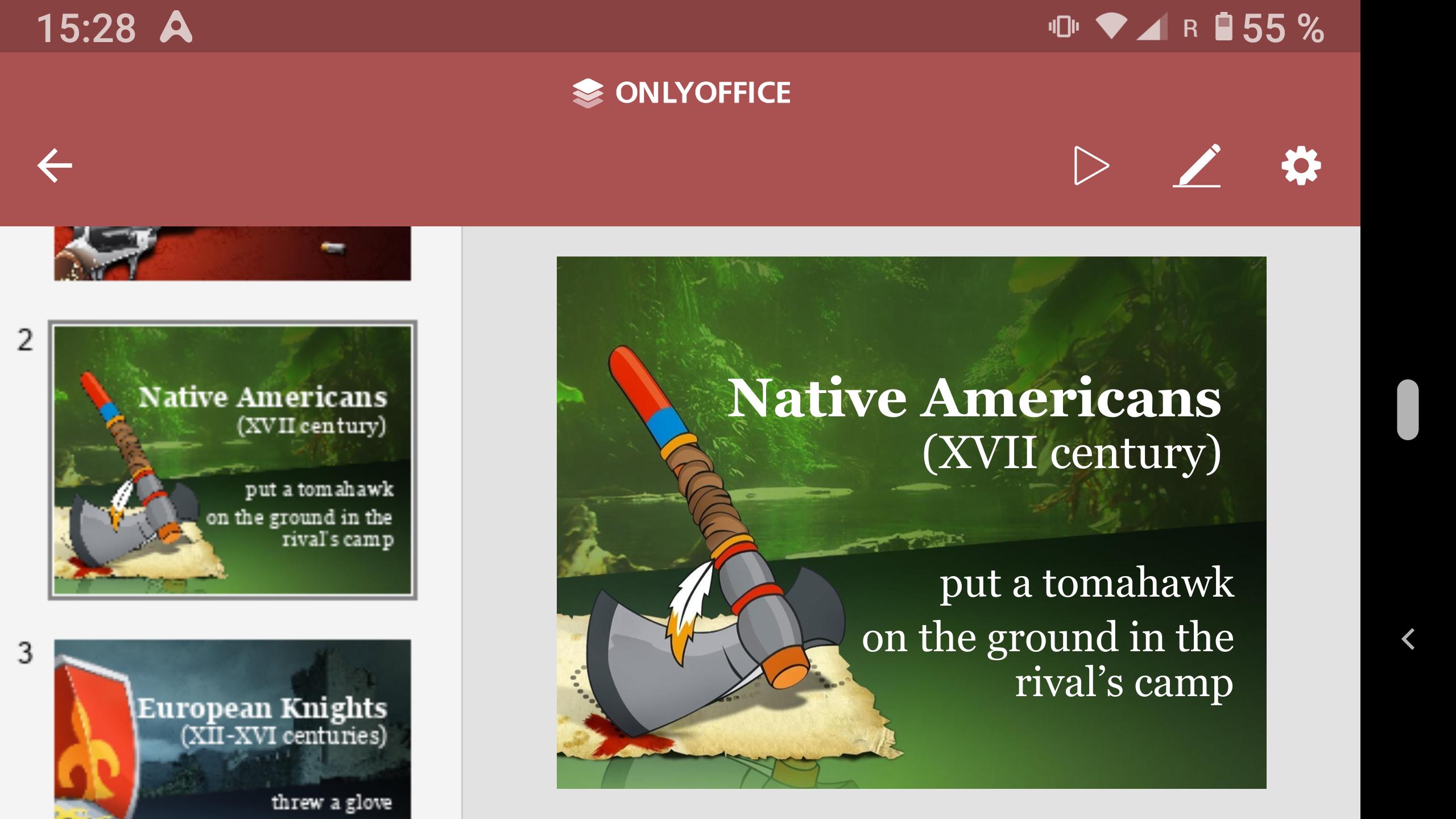 A presentation in the ONLYOFFICE mobile app.jpg

ONLYOFFICE takes this into consideration with a reduced range of functions on the mobile app. Documents can still be edited, even in real-time collaborative environments. In addition, comments can be added.

However, the typical use of mobile apps is checking, correcting, and commenting on existing documents. Therefore, advanced formatting functions are not available here.

Since Ascensio System SIA has decided to offer the same applications on all platforms, the question arises as to how powerful these programs are, as web-based editors usually determine the functional limits of the entire office suite. For example, Microsoft's web apps still lag their desktop programs by far in terms of features. 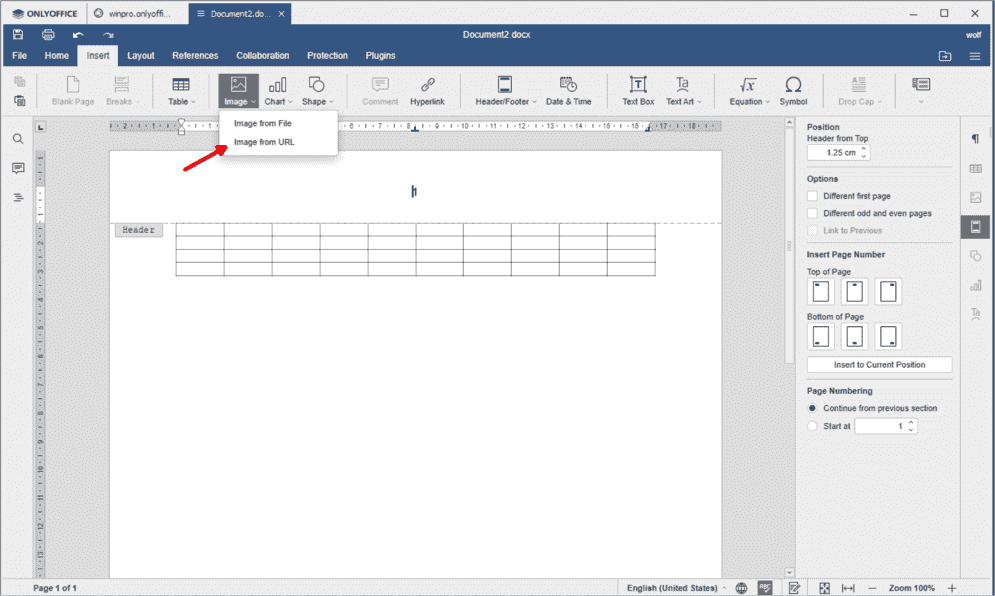 Basic features such as tables, embedding graphics, diagrams, headers, and footers or footnotes are all available as expected. In addition, there is a spell checker for numerous languages, autocorrection, text fields, paragraph control, manual page and section breaks, multicolumn layouts, and a set of mathematical formulas.

The find-and-replace function is somewhat weak and does not accept wildcards or regular expressions. The only option is to activate case insensitivity. 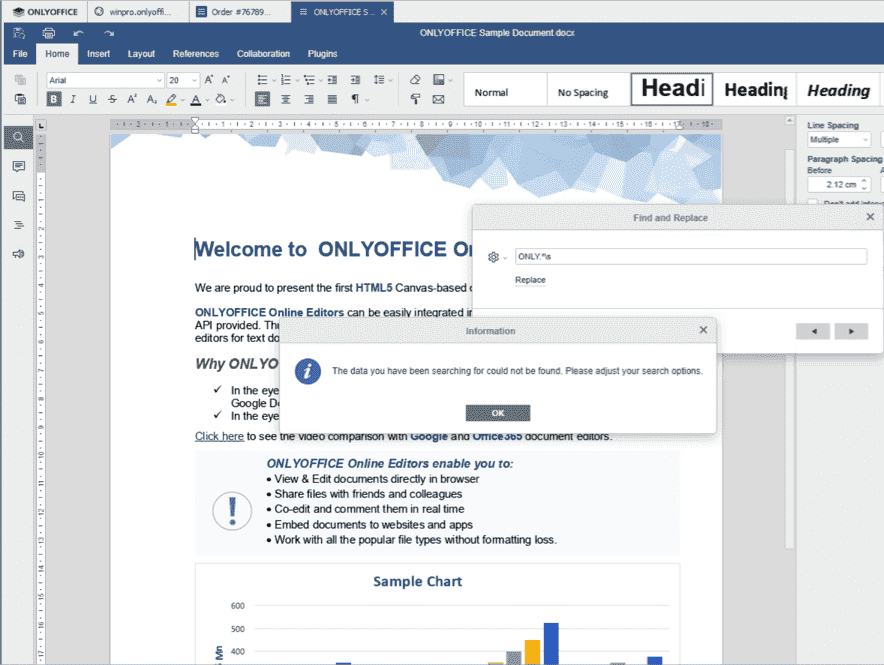 Find and Replace supports only strings not RegEx

The word processor also offers all the features from Word's Review menu, so you can track changes, accept or reject them, and leave comments. The other two applications are, similar to their MS Office counterparts, limited to comments. 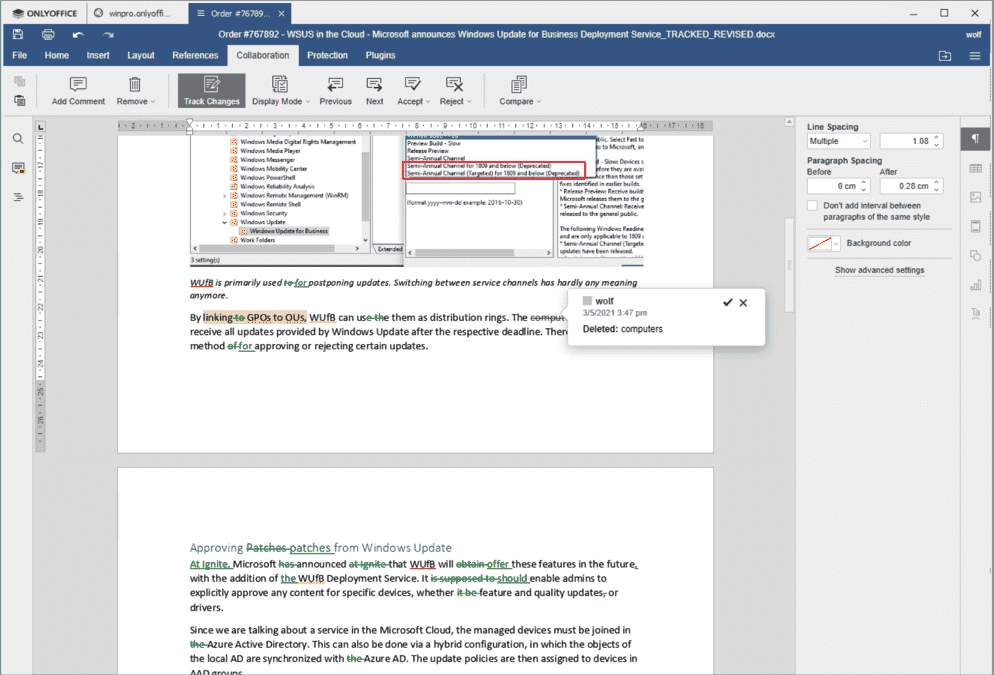 Additionally, the spreadsheet has a decent set of basic features that is sufficient for common tasks. It is, however, well known that many companies push Excel to its limits by developing complex applications with macros and connecting them to external data sources.

ONLYOFFICE certainly does not meet these requirements and therefore cannot replace Excel for power users. Even the exchange of documents might be difficult in such cases, because ONLYOFFICE does not support VBA macros, but instead relies on JavaScript and its own API calls.

Microsoft's Office Open XML is not only used by ONLYOFFICE for import and export, but as a native format. Of course, simply reading and writing DOCX, XLSX, or PPTX is no guarantee that the corresponding documents are also displayed as they were formatted in MS Office.

ONLYOFFICE makes a favorable impression in this regard, although I only tested a few documents. Nevertheless, an approximately 250-page book manuscript was imported very quickly, and I couldn't see any major deviations from MS Word. The document contained, among other things, a table of contents, several sections and outline levels, footers and headers, and numerous illustrations.

ONLYOFFICE also smoothly shows changes when they have been tracked in Word, as well as comments from the editors. In addition to Microsoft file formats, ONLYOFFICE also supports those from OpenOffice, RTF, PDF, or plain text. There is also an HTML option, but this is essentially the Microsoft Office web format. 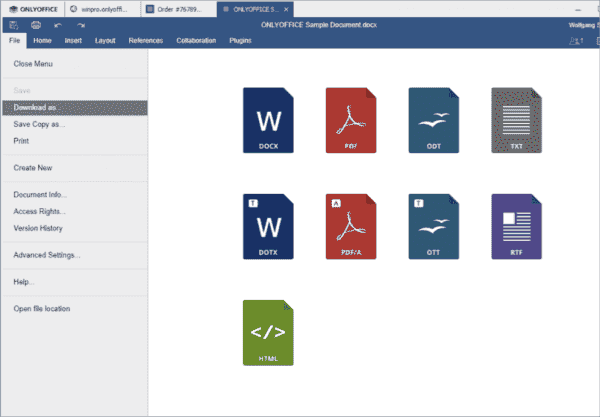 This web format is bursting with namespaces and direct formatting, and is an absolute horror for any webmaster to deal with. For integration into content management systems and publishing on the web, an export to clean HTML would certainly be nice to have.

Using plugins, the functionality of ONLYOFFICE can be extended even further. It already includes a photo editor, a tool for embedding YouTube videos, a translator that uses Google Translate in the background, a thesaurus, and syntax highlighters for various programming languages.

Another interesting feature is the embedded OCR tool, which can turn writings in graphics into text.

ONLYOFFICE includes three core applications: word processing, spreadsheets, and presentation graphics. The native applications for Windows, macOS, and Linux, as well as the web-based apps, all look and function the same.

They can be used not only as front-ends for cloud services, but also installed on-prem and connected to a whole range of CMS, wiki, or collaboration systems. Their particular strength lies in the collaborative functions, especially in the simultaneous editing of documents.

The support for Office Open XML makes a very solid impression, as the exchange of documents with MS Office works smoothly in most cases (as long as no VBA macros have to be executed, for example).

Even so, the package is unlikely to be a complete replacement for Microsoft Office in most organizations. Financial departments, for example, are unlikely to abandon Excel in favor of ONLYOFFICE's spreadsheets, and marketing will be difficult without PowerPoint, one of its central applications.

Nevertheless, ONLYOFFICE is recommended as a low-cost alternative to Microsoft for all workstations where documents that are not too complex are created rather sporadically. However, the strength of the software lies in project-related work based on private clouds such as ownCloud or collaboration systems.

ONLYOFFICE is available in several versions, including the free Community Edition. Development takes place under an open-source license, and the source code is thus accessible. The limitations of the free version are rather low. A feature comparison between the different editions can be found on this page, and the suite can also be downloaded from there.

There is also extensive documentation on the manufacturer's website, which also describes the integration of the editors into the various backends and includes code examples for web applications for which there are no connectors.