Office 2013: The most compelling new features

Microsoft Office 2013 is available in 32-bit, 64-bit, and ARM versions. To the latter point, the Windows RT version of Office 2013 is targeted at Windows RT-based tablet devices. Component applications for this special Office 2013 edition include Word, Excel, PowerPoint, and OneNote.

When you use Office 2013 RT, you’ll want to enable the new Touch Mode. This option spreads out the Office user interface elements to facilitate finger or stylus input. 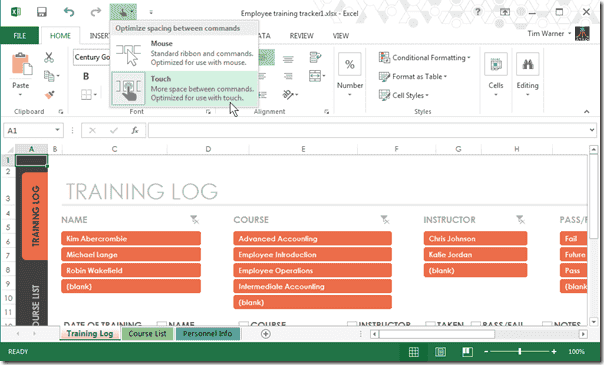 When you enable Touch Mode, the feature is instantly enabled for all installed Office 2013 apps

Word 2013 also offers a neat Read Mode that displays your document in an eReader-like interface. This option should prove to be especially useful for Windows RT tablet device users. 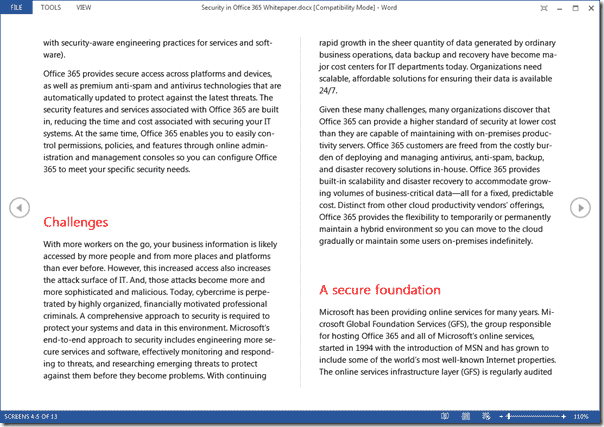 Office 2013 features a highly “cloud-based” focus, and uses your Microsoft SkyDrive account as its default save location. This should come as good news to SkyDrive users. However, I’m a Dropbox subscriber and there seems to be no way to add Dropbox as a linked save location. As you can see in the following screenshot, Microsoft SharePoint 365 is the other built-in save location for Office 2013 files. 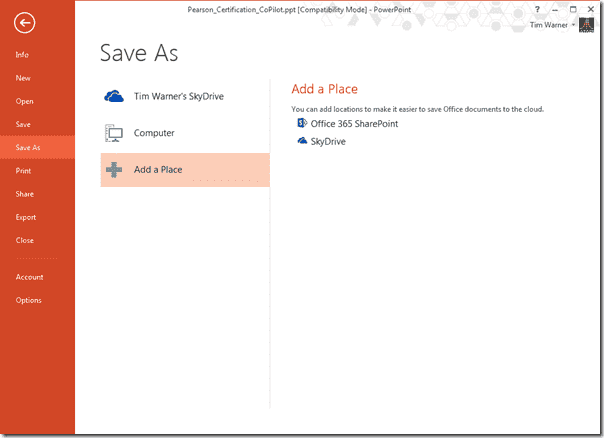 The Save As dialog box in PowerPoint 2013

A second cloud-based feature in Office 2013 is the ability to sync your app settings across devices. This synchronization feature is hinged to the Microsoft Account; by linking your Microsoft Account to your Office 2013 installation or subscription, you not only connect to your SkyDrive data repositories as previously discussed, but your app preferences “follow you” from device to device. 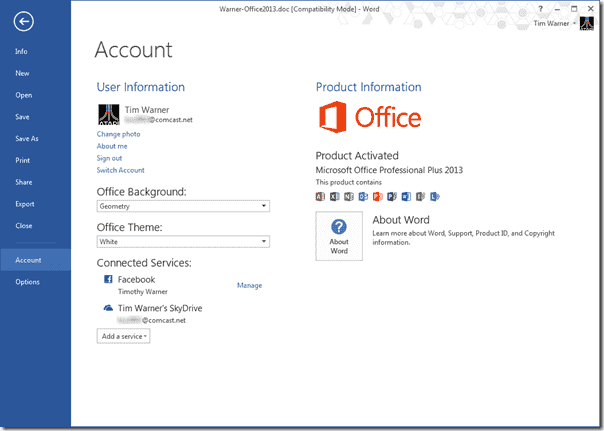 Office 2013 settings synchronization is linked to your Microsoft Account

Given Microsoft’s own development and promotion of the XML Paper Specification (XPS) file format, I was pleasantly surprised to observe that we can now create and edit Adobe Portable Document Format (PDF) files directly from within an Office 2013 application. 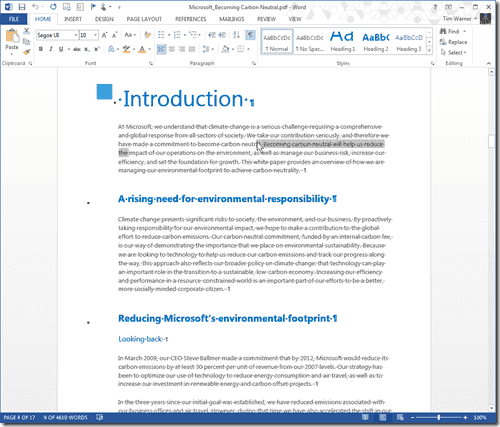 We can open and edit PDF files in Office 2013

Microsoft replaced the Backstage view in Office 2010 with a redesigned Start Screen. The redesign manages to present the user with more options but, at least as I’m personally concerned, in an easier-to-navigate way. I like it! 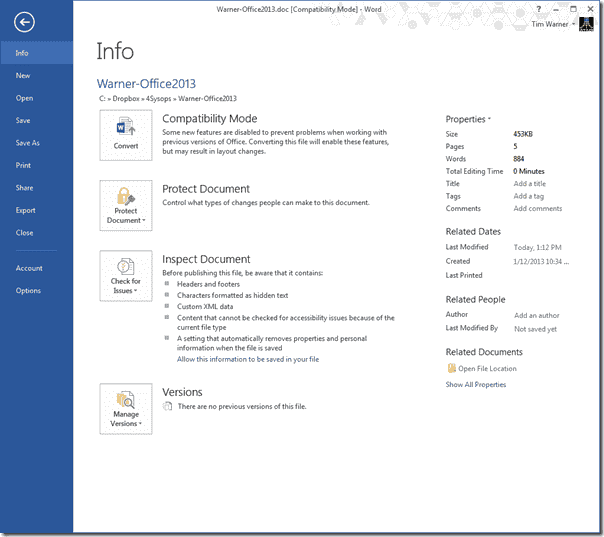 The Office 2013 release runs concurrently with integration/upsell possibilities with Office 365. As you probably know, Office 365 is a software-as-a-service (SaaS) solution that enables individuals and organizations to use the following Office 2013 suite applications by using nothing more than a compatible Web browser: 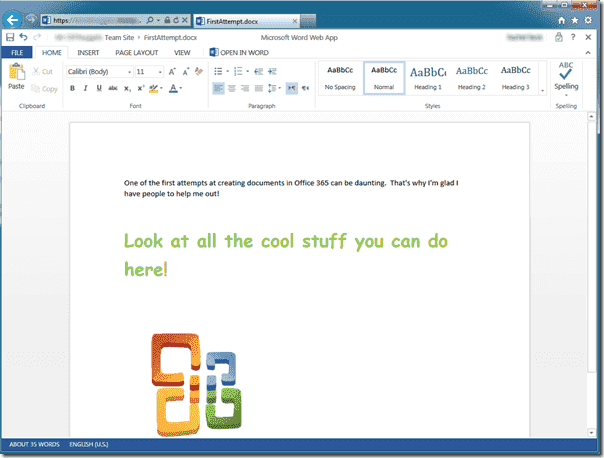 Thus, organizations who use Microsoft Office need to determine whether purchasing licenses for Office 2013 desktop applications or leveraging a cloud-based Office 365 subscription platform makes the most sense for them.

Microsoft offsets the loss of Office Picture Manager by including support for online image repositories, such as Office.com, Bing.com, and Flickr. 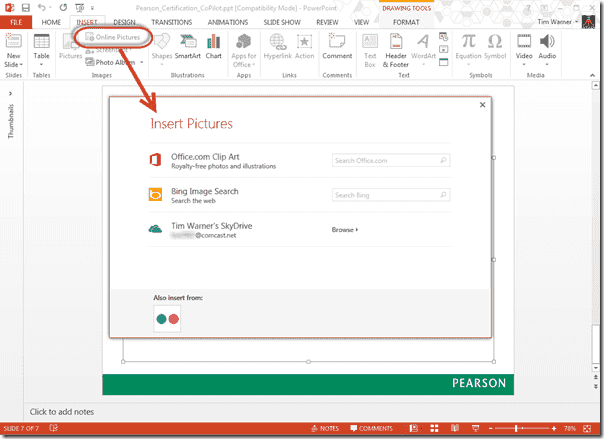 The boxed Office 2013 edition lineup is as follows:

Have you, like me, always found it a bit odd that Microsoft Visio has never been included in an Office edition?

At any rate, I hope that you found this blog post informative. To be sure, Office 2013 includes several more new features that I don’t cover here. To that end, I will leave you with some hand-picked online resources to help you get up to speed with more detail concerning what’s new and what’s changed in Office 2013.

Leave a reply to Ron Click here to cancel the reply