Office 2010 prices in euros and US dollars - Why does Europe pay so much more?

Home Blog Office 2010 prices in euros and US dollars - Why does Europe pay so much more? 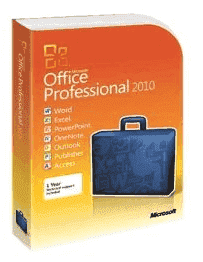 Microsoft announced the Office 2010 prices for the European market. With the exception of the Home and Student edition, the European prices are unbelievably high. Most US companies just convert one US dollar into one euro, which is already unfair considering that one US dollar equals 0.73 euro. Although one has to consider that the language pack has its price, that doesn't explain that Office 2010 Professional costs almost twice as much in Europe as in the US.

The good thing is that you can get Office cheaper if you only buy the product key without the DVD. I have been criticizing Microsoft’s practice of selling software in colorful boxes as if the internet didn't exist. It appears Microsoft has finally arrived in the internet age. Let's just see when the boxes become history. What I find remarkable is how big the price difference is.

It will be interesting to see if Microsoft can repeat the success of Windows 7 with Office 2010. After the Vista marketing debacle many bloggers believed that this is the beginning of the end of Windows. It appears this prophecy won't come true any time soon considering that Microsoft has already sold 90 million copies. But I suspect even more people are out there who think that MS Office is obsolete because the future belongs to cloud-based Office applications such as Google Docs. I seriously doubt it simply because a web browser will never offer the same capabilities as a full-blown operating system. If this ever happens, a browser will become as complex as Windows. The other question is whether Microsoft-critical Europe won't move increasingly to Open Office considering those high prices.

You probably have heard that if you buy Office 2007 now you can upgrade to Office 2010 for free. However, just in case you have no use for a colorful Office 2010 box, you can save money if you just wait. Office 2010 will RTM in April, businesses will get it on May 12, and consumers will have to wait until June.

Below are the Office 2010 prices for Europe (in euros) and for the US (in US dollars). The first price is for Office and the second price is for Office plus colorful box. It appears there are no product key card versions for the academic version and the single editions. I wasn't able to find the US prices for the individual products. Please let me know if you know more.