Timothy Warner  Thu, Jan 31 2013Thu, Jan 31 2013  networking, vpn, windows server 2012  0
Microsoft gave us DirectAccess in Windows Server 2008 R2 as a way for remote users to have an “always on” secure connection to your internal Active Directory domain. In this post I describe Microsoft's remote access technology and give an overview of the new features of DirectAccess in Windows Server 2012.

Traditional virtual private network (VPN) connections are generally a pain both for network administrators as well as users. For instance, we admins have to deal with the following pain points (among others):

With DirectAccess, the packet encapsulation, data encryption, and user/computer authentication happens as soon as the TCP/IP protocol stack initializes on the client, even before user logon.

The problem with the original release of DirectAccess, though, was its restrictive requirements generally represented too large a hurdle for many Windows systems administrators to overcome. For example, DirectAccess in Windows Server 2008 R2 required (at least) the following for your environment:

Those were some daunting requirements, right? The great news for those of us who need to support remote users but who are not VPN experts is that Microsoft did away with most of those restrictions in the Windows Server 2012 release of DirectAccess.

Let’s begin by providing you with a laundry list of feature improvements that Microsoft made to DirectAccess in Windows Server 2012:

Technically, DirectAccess works by building an IPv6-based, IPsec-encrypted tunnel between the DA client and a DA server endpoint. Multiple protocols come into play in building this tunnel; the specific one(s) that the server and client negotiate depend upon a number of factors, such as the presence or absence of a NAT and any configured firewall rules.

To get DirectAccess up and running by using the simple wizard, follow these steps: 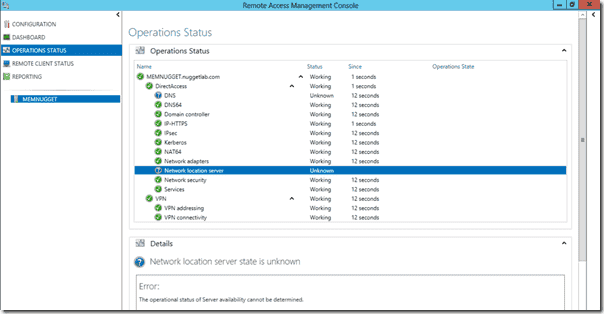 That’s literally all there is to basic DirectAccess setup in Windows Server 2012! Now, the downside to the simple setup is that the wizard abstracts the complexity from you and minimizes your initial choices. For instance, you may need to return to your DirectAccess server setup to perform the following tasks:

To do this, simply open your Remote Access console and click the desired DA server from the list. You’ll get a live graphic (shown in the following screenshot) that you can click to modify settings for remote clients, remote access servers, infrastructure (back-end) servers, and application (user resource) servers. 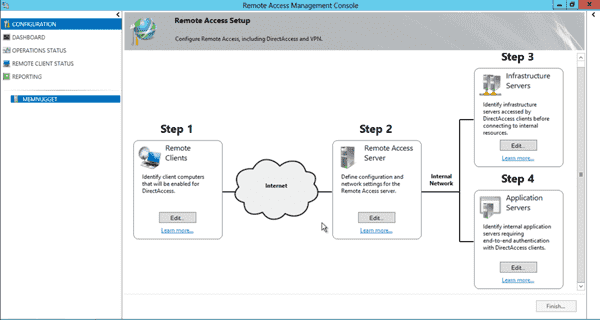 First off, be aware that DirectAccess is supported only by Windows 8 Enterprise Edition or Windows 7 Enterprise or Ulitimate Edition. To that point, the certificate-less Kerberos proxy works only with Windows 8 clients. That is, you’ll need to deploy a PKI if any of your DA clients run Windows 7.

As far as the user experience of DirectAccess, there is no VPN clients to start. Actually, there is no action required of them at all—all protocol negotiations take place under the hood. 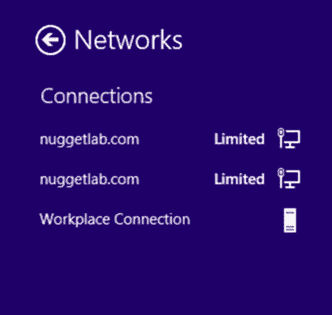 Finally, we can use either the old-school Netsh name show effectivepolicy command or the new-school Get-DAClientExperienceConfiguration PowerShell 3 cmdlet to view client DirectAccess configuration. 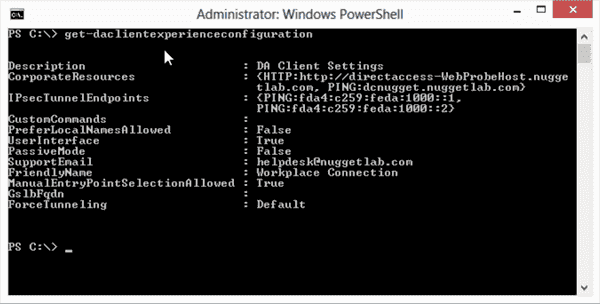 Note that we have rich reporting of client connection data on our DA server via the management console as well.

In my opinion, Microsoft did a fantastic job at making DirectAccess easier to implement and use in Windows Server 2012 and Windows 8. I’ll leave you with some hand-picked resources that you can use as a basis for further study: