Leos Marek  Wed, Oct 21 2020Wed, Oct 21 2020  deployment, remote management, virtualization  0
The latest version of Windows Admin Center v2009 was released in September this year. It comes with quite a few new features, which I will introduce in this post.
Contents

One of the first things you will notice after logging in is a new look. The design is now more modern and colorful. 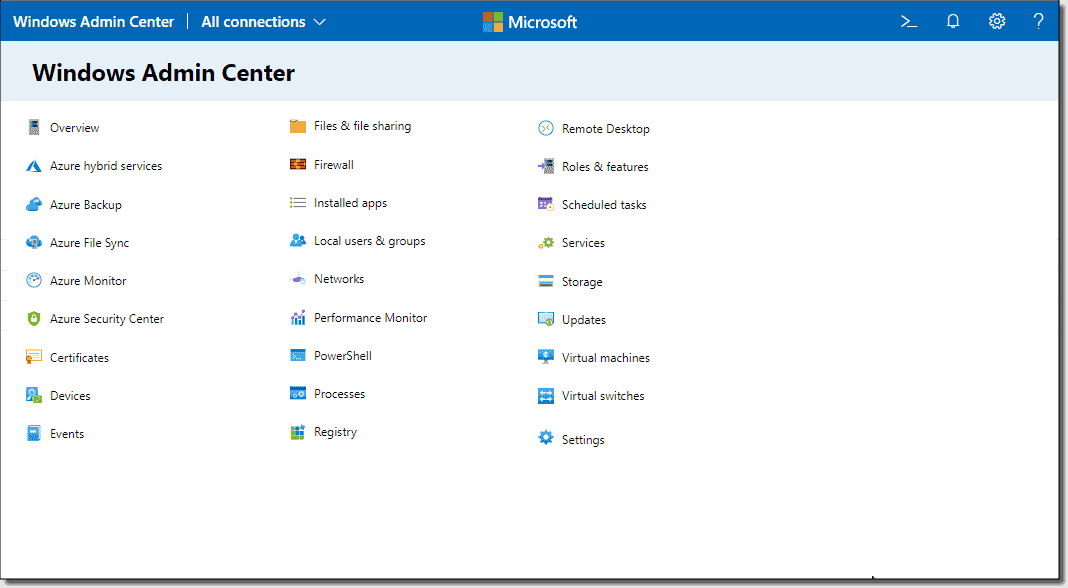 VM management is one of the most used extensions, and the numbers are growing even more with Azure Stack HCI support. The extension is under active development, and this release is a major update. You will find the new options in the Connect and Manage menus of the Virtual Machines tool. 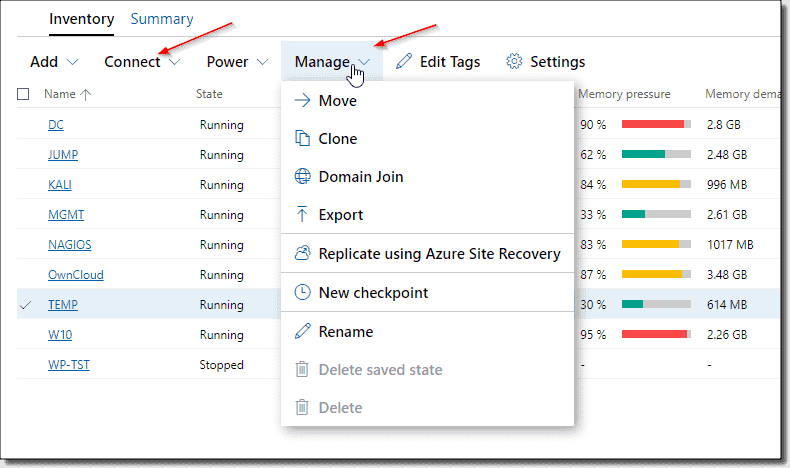 The virtual machine extension has a modified dropdown list for easier navigation, slightly improved performance, and a bunch of new features. Let's have a closer look at those features and see what they can or cannot do.

Live storage migration is finally supported by WAC. You can migrate your VM storage with a few clicks. Go to Manage > Move.

A new option, called Use Windows Admin Center, was added to the Connect menu. It allows you to manage a virtual machine using native WAC tools. It does nothing more than open a new tab with a connection to the VM (just as if you added the server to the connection list).

If you are running an Azure Stack HCI cluster, you can manage virtual machine affinity rules. Look for a new section on the VM or Hyper-V host settings page.

Through Manage > Domain join, you can easily join the VM to the domain directly from the VM view. All it takes is to provide proper credentials and a reboot. Of course, proper IP address configuration is needed. 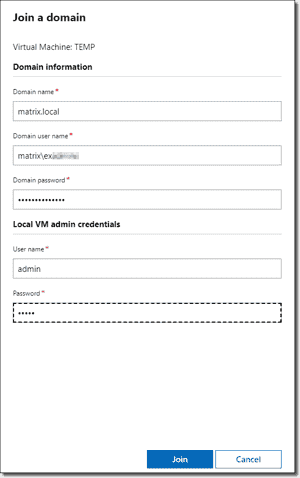 Among all the news in WAC, Clone a VM is the feature I was the most interested in. If you are familiar with Hyper-V, you certainly know there is no clone function built in, as in VMware vSphere. Cloning a Hyper-V virtual machine is a cumbersome procedure with several steps, such as exporting the VM and importing it back to a new one, and so on. Well, it used to be. From now on, you can easily create a VM clone with a few clicks via Manage > Clone. 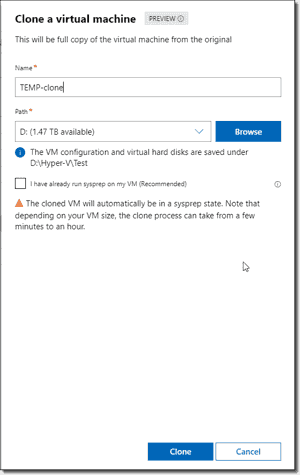 Notice WAC will try to sysprep the machine unless you check the box to indicate you already did it, which is recommended. There are a few reasons for this. First, if you do not check the box, the VM you want to clone will be restarted in the process, which may not be the desired action.

Second, if you want to clone a non-Windows VM, the action will fail if the box is unchecked, as it's not possible to run sysprep on Linux or other systems. With the box checked, you can clone any VM, regardless of the guest OS.

Note: During my tests, I have noticed that WAC will create a VM checkpoint before exporting the VM. However, this checkpoint is not removed when the operation is finished. A bug maybe?

For years, there has been no update in WAC regarding SMB file server management. The original File Shares tool was revamped and is now part of the Files & File Sharing tool.

The list of all SMB shares shows useful information, such as local and UNC paths, number of connected clients, and so on. There were no changes to the File Explorer page.

Creating a new share has never been easier. You can now browse the remote machine folders, Active Directory, and local security groups for share permissions (not NTFS, however), configure offline files, SMB encryption, and enable access-based enumeration and leasing mode.

The File shares (SMB server) settings page allows you to detect and uninstall SMBv1 and enable SMB signing and encryption. 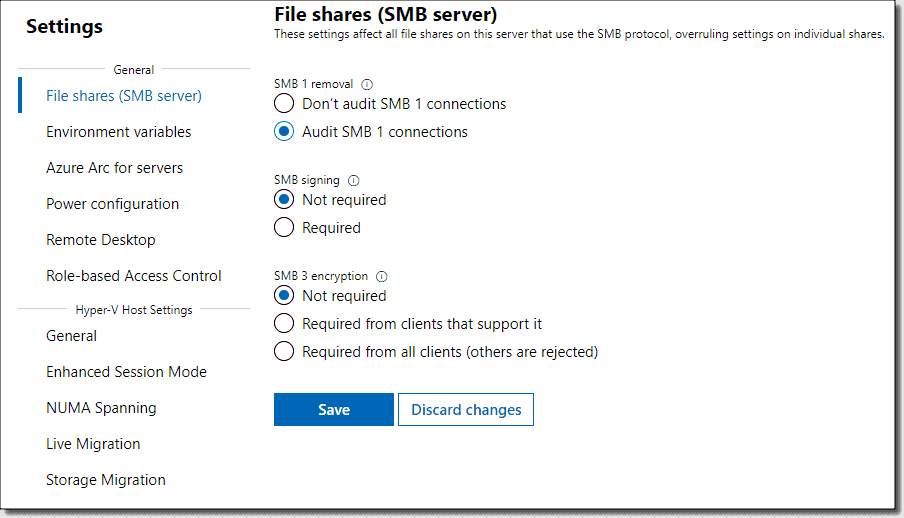 Containers is an extension that needs to be installed via the extension manager. A new version of the tool is available in this release. The new features are:

The first two were covered in detail by my colleague Wolfgang in his post Create and run Docker containers with Windows Admin Center here, on 4sysops. The last feature is useful for Kubernetes deployments, to make sure WAC will not interfere with Kubernetes and will not destroy any containers.

Additional information about the cluster deployment workflow is provided in the post Create a Hyper-V cluster with Windows Admin Center by Wolfgang.

Currently, Microsoft is waiting for its OEM partners to provide a hardware-specific snap-in to WAC that would integrate cluster-aware hardware updates. I guess we have to be patient a little longer and see which hardware vendors will be integrated.

The Partner ecosystem is a great addition to Windows Admin Center. The ability to manage other systems directly from WAC makes the tool even more interesting for admins. Three new extensions have been added in this release, and several others have been updated. The new extensions are:

Microsoft is investing a lot of effort in Windows Admin Center development. Many things have changed since the first version, formerly called Project Honolulu. WAC is no longer just a Windows server management tool, but a complex product. If you are an active user of WAC, be sure to provide feedback, so we can see more improvements and new features in the future.