Brandon Lee  Tue, Sep 13 2022Wed, Sep 14 2022  windows, windows 11  1
Windows 11 22H2 is the first feature update for this operating system since its release last year. Accordingly, the focus is on removing some rough edges and improving the overall user experience. Nevertheless, the 22H2 release offers some innovations that are welcome for professional use.
Contents 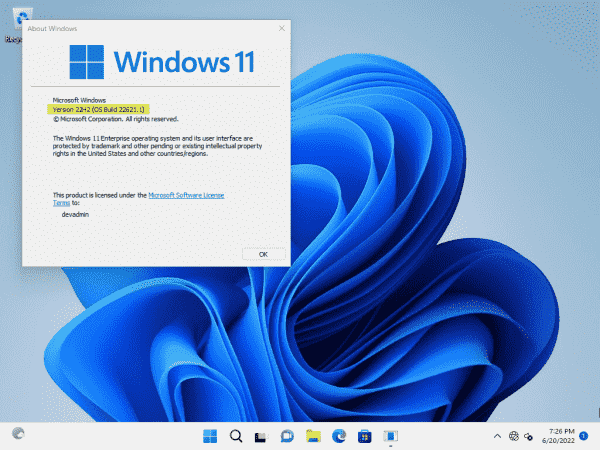 Microsoft leaves the decision about the innovations coming to GA release open until the last minute. Nevertheless, companies should test commercial prerelease versions for productive use. As an incentive, the manufacturer offers free support.

Windows 11 22H2 will thus first receive the new functions from the preview releases. However, it can be assumed that some features from the Dev channel will find their way into the OS later via regular updates. This most likely applies to LAPS integration or DNS over TLS.

There are several new features and behaviors to note with Windows 11 22H2 during the setup process and updates: 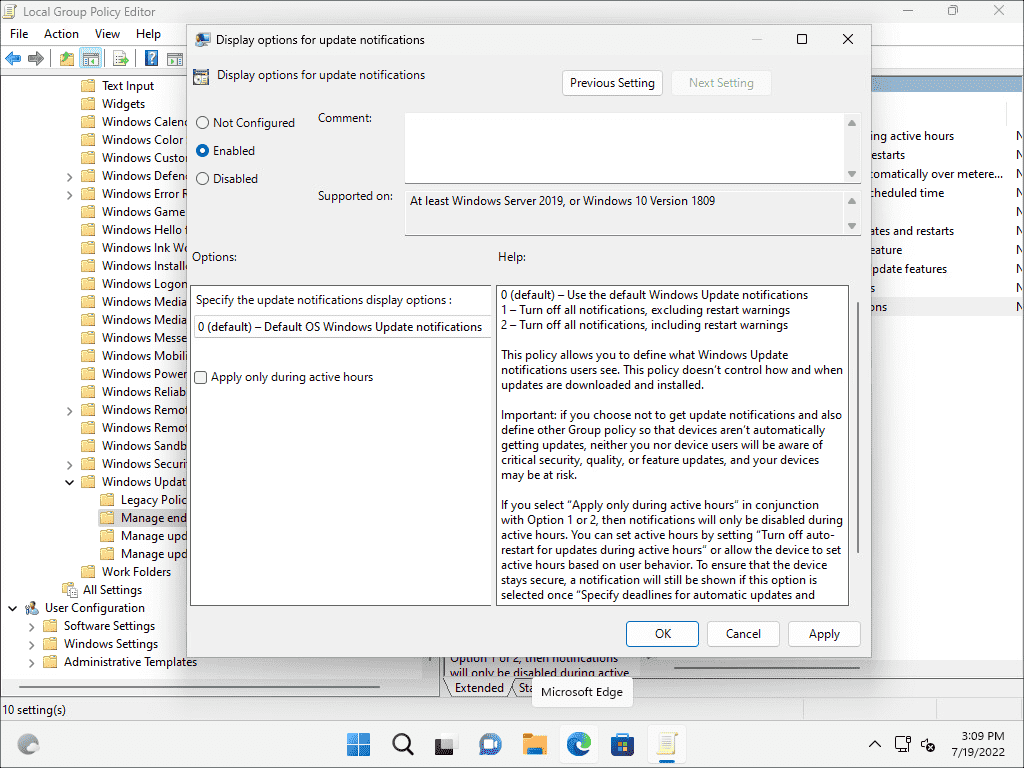 Note the following new security features and capabilities that will likely find their way into Windows 11 22H2:

Smart App Control (SAC) to block dangerous apps (Build 10.0.22567.1)—This requires a fresh installation of Windows to activate the feature. This will guarantee that the Windows installation is in a pristine state without any chance of malicious software hidden in the system. Windows 11 first performs an evaluation installation to determine whether Smart App Control will work with all installed software and other business-critical applications. 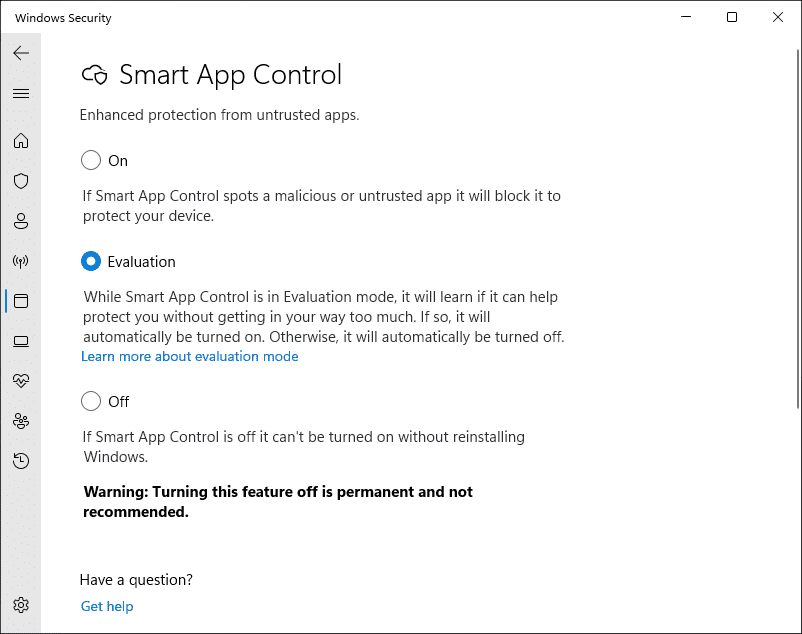 DNS over TLS—Build 25158 shipped DNS of TLS (DoT) as an alternative to encrypted DNS protocol to DNS over HTTPs (DoH). Since it does not require an HTTPS tunnel like DoH, it may result in a small performance improvement depending on the environment.

Pluton—Microsoft announced a zero-trust technology built on top of TPM 2.0. Pluton is a special-purpose security processor that allows protection against firmware attacks as well as physical attacks with direct integration with the CPU. It is unclear whether 22H2 will support this technology.

Hypervisor-Protected Code Integrity—HVCI will be enabled by default on a broader set of devices running Windows 11.

22538—HTTPS boot for Hyper-V Generation 2 VMs. The feature is enabled by default.

22621.169—The Remove-Item cmdlet allows you to properly interact with Microsoft OneDrive folders.

22622.450—Files are compressed regardless of their size if you have configured Server Message Block (SMB) Compression.

File Explorer has been updated with a Home screen, tabs, and a redesigned navigation pane with stronger OneDrive integration. This promises easier workflows and views to find files, including those located in OneDrive (Build 22621.160). 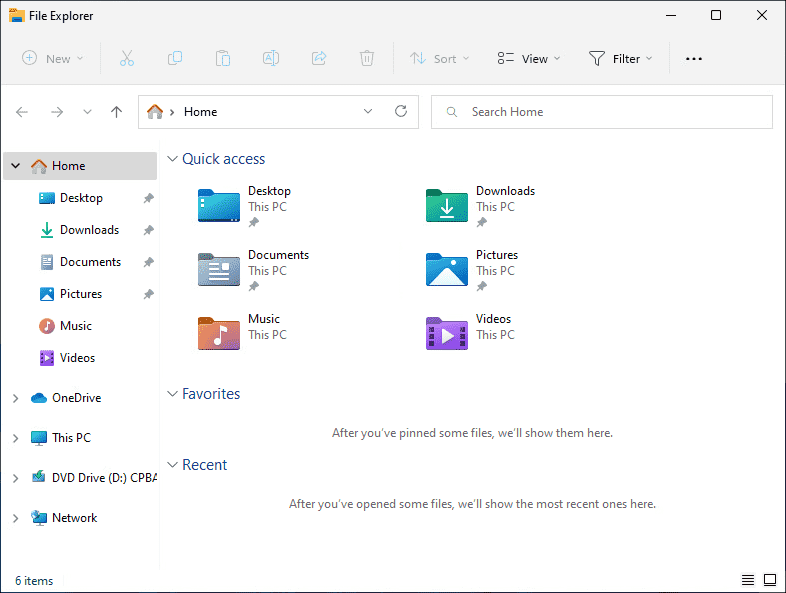 With each new version of the Windows client operating system, Microsoft offers additional Group Policy settings to help manage the new features, settings, and enhancements. Undoubtedly, we will see new policies allowing admins to control the new Smart App Control feature and the other UI changes.

The Windows 11 22H2 release doesn't include spectacular new features. The subsystem for Android could have played this role, but it's still unclear when it will ship. Nevertheless, the new Windows 11 release offers many improvements. The most obvious concern the UI and usability. This comes as no surprise, since Windows 11 introduced many changes compared to its predecessor. The redesigned desktop in 21H2 had some rough edges and inconsistencies, which Microsoft is trying to iron out over time.

Businesses will especially welcome the new security features in Windows 11 22H2. Smart App Control looks promising and might help defend PCs against ransomware. However, it does require a fresh install of the operating system.