Brandon Lee  Mon, Dec 5 2022Mon, Dec 5 2022  virtualization, vmware  0
The vSphere 8 release includes many new features that are exposed in the new vCenter Server 8 and ESXi 8 releases. With the release of vSphere 8, many organizations will look at upgrading to the latest VMware vSphere.
Contents

While you can run standalone ESXi servers, vCenter Server is the management component that unlocks all the "enterprise" features of the hypervisor and provides the clustering and high-availability features found in the vSphere solution. In addition, VMware vSphere 8 provides the following new features, as enabled by the new vCenter Server 8 release:

The new vSphere Distributed Services Engine feature was previously referred to as Project Monterey. It enables vSphere to offload administrative and management tasks onto data processing units (DPUs) for increased performance and to free up resources for general workloads. 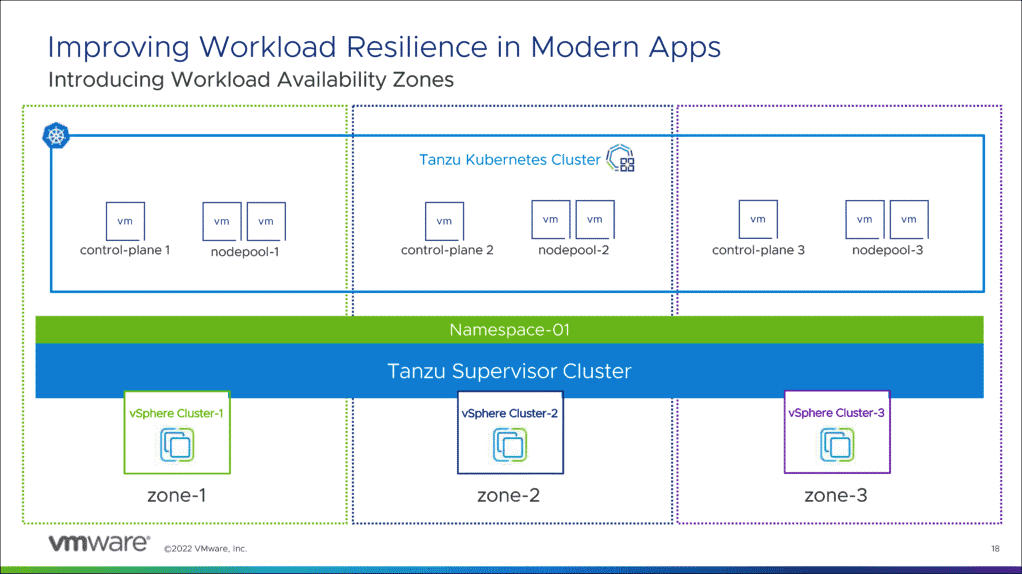 Availability Zones for Tanzu in vSphere 8

With the new lifecycle improvements as part of vCenter Server 8 vSphere Lifecycle Manager, you get DPU support. It also deprecates the legacy vSphere Update Manager. It includes many other improvements, including the ability to stage updates to speed up the process and a new vSphere configuration profile that provides cluster-level configuration management capabilities.

In addition, there is newly improved enhanced vCenter recovery. It introduces a distributed key–value store of the cluster state that is automatically synchronized with the recovered vCenter Server to reconcile the cluster state.

A new Device Groups construct simplifies the consumption of hardware devices, such as discreet NIC and GPU resources. In addition, VMware has introduced new device virtualization extensions that provide a new framework and API for hardware-based virtual devices, typical with AI/ML implementations.

With vSphere 8, VMware has improved DRS performance when persistent memory (PMEM) is used. As a result, it can leverage memory statistics for the optimal placement of VM workloads without affecting memory and resource consumption.

Numerous security improvements are found in vSphere 8, including turning on execInstalledOnly option by default. This option is a great defense against dangers such as ESXi ransomware. TLS 1.2 is the only option in vSphere 8, as it has completely removed support for TLS 1.0 and TLS 1.1.

SSH sessions now have an SSH timeout value configured by default to prevent them from remaining connected indefinitely. With vSphere 8, VMware has also deprecated TPM 1.2 modules.