SQL Server has long been recognized as the prevalent database engine powering many of the business-critical applications found running inside today's enterprise data centers. Much like each Windows Server release, each release of Microsoft's SQL Server is increasingly powerful and fully featured.

Only a few days ago, at the time of this writing, Microsoft released SQL Server 2019 GA with many new features that make this version of SQL Server the most powerful version you can get your hands on.

The following are the version and build numbers for SQL Server 2019:

Let's take a look at these features and see how they are implemented in SQL Server 2019.

Microsoft is making a very wise, strategic move, given the need for today's businesses to process, query, and make intelligent decisions based on big data environments. Today's businesses are dealing with more data than ever before, with information that must be queried efficiently and effectively.

There are many great use cases today that require large amounts of data. This includes machine learning, business intelligence, and data mining as examples. All of these require access to and take advantage of large datasets. 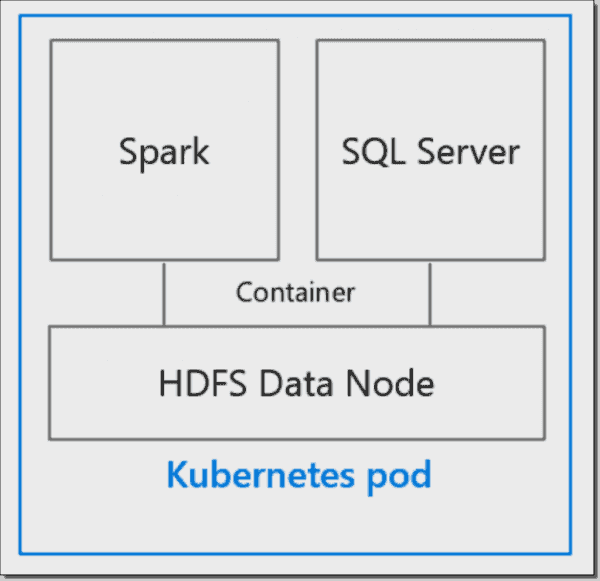 Much of what Microsoft has been able to introduce with Big Data Clusters in SQL Server 2019 was made possible by the introduction of support for SQL Server on Linux back in SQL Server 2017. This opened the door to many of the Big Data technologies that are built upon Linux, including Kubernetes.

There are a few things to take note of if you are wondering why SQL Server 2019 Big Data Clusters are a big deal:

One of the key new features of SQL Server 2019 is data virtualization, one of the technologies that makes the SQL Server 2019 Big Data Cluster possible. What is it, exactly? First, let's take a look at the traditional approach that most people are familiar with.

The traditional systems approach for interacting with different data sources was to extract the data, transform it, sanitize it, and then insert it into a data warehouse.

Data virtualization is a key component of SQL Server 2019 that is an alternative to the traditional extract, transform, and load methodology of previous SQL Server releases. SQL Server data virtualization creates an abstracted virtual data layer that allows querying data from a number of different sources within a single interface, without knowing where the data actually resides.

SQL Server 2019 Big Data Clusters make use of data virtualization to enable integrating both structured and unstructured data across the entire data landscape. These features allow SQL Server 2019 to query both relational and non-relational data without movement or replication.

We've heard a lot about artificial intelligence and machine learning lately. Both of these computer-assisted technologies can provide tremendous value, especially when you are working with a large amount of data such as is typically found in Big Data environments.

This is where the power of AI and ML come into play. The premise of machine learning is that you feed a computer system a large amount of data. It then uses a mathematical algorithm or series of algorithms to compute the outcome or organize the data.

SQL Server 2019 includes all the AI and ML tools you will need to work with your data intelligently and predictively. These include the following:

UTF-8 is by far the most common character encoding system in use, especially across web technologies. Up until SQL Server 2019, UTF-8 was not supported. However, SQL Server 2019 introduces support for UTF-8 as an import or export encoding, and at the DB and column level for string data. Why is this important?

As companies expand globally, they may develop requirements for a database that supports global multilingual applications. Support for UTF-8 encoding becomes extremely important. In addition, there are many performance benefits in the ASCII range when workloads perform very intense read/write I/O on UTF-8. Performance benefits greatly when using UTF-8 in this scenario and is also enhanced when datasets are not predominately ASCII.

Security is everything these days. Since business-critical and often sensitive data exists in databases, you must give due attention to the security of your database. Always Encrypted functionality was introduced in SQL Server 2016 and has been improved in SQL Server 2019 with secure enclaves. What are these?

According to Microsoft, “A secure enclave is a protected region of memory within the SQL Server process, and acts as a trusted execution environment for processing sensitive data inside the SQL Server engine. A secure enclave appears as a black box to the rest of the SQL Server and other processes on the hosting machine. There is no way to view any data or code inside the enclave from the outside, even with a debugger.” As you can imagine, this helps to protect Personally Identifiable Information (PII) data.

With Always Encrypted in SQL Server 2016 and 2017, the only operation you can perform on encrypted database columns is an equality comparison.  Microsoft details the challenges with SQL 2016 and 2017 with Always On outside of comparative queries.  “For anything else, your apps need to download the data to perform the computations outside of the database. Similarly, if you need to encrypt your data for the first time or re-encrypt it later (e.g. to rotate your keys), you need to use special tools that move the data and perform crypto operations on a different machine than your SQL Server computer.” These details provide challenges in using Always Encrypted.

SQL Server 2019 leverages Always Encrypted with secure enclaves. It does this by leveraging virtualization-based security (VBS). This allows the SQL Server to perform cryptographic operations on sensitive data and decrypt data for rich computations in plain text while still securing the data. During these operations, secure enclaves protect the data from the SQL Server itself, the operating system, or the database administrator.

Microsoft's Always On availability groups are a DR and HA solution that essentially create database mirrors. The availability group is created to provide the replicated environment for the user databases. This is a very mature solution introduced back in SQL Server 2012 and has been improved upon with each SQL Server release.

SQL Server 2019 continues to improve upon the functionality of availability groups by introducing the following new features:

The improvements with the Always On availability groups and other DR features and functionality make this the most feature-rich SQL version from a disaster recovery/high-availability standpoint.

SQL Server 2019 will allow businesses to deal effectively with the massive amounts of data they possess and make intelligent decisions using the data by leveraging new machine-learning technologies built right into SQL Server 2019.