Paul Schnackenburg  Tue, Jul 23 2019Wed, Jul 24 2019  monitoring, networking  0
If you're looking for a networking monitoring tool that can talk to (nearly) all your devices, but is also fast and easy to use, then NetCrunch might be the right fit for you. We've looked at it before, having most recently covered the 10.4 version.

The TL;DR is that NetCrunch is a Windows-based network monitoring tool with easy-to-use Grafana-based dashboards, Cisco device monitoring certification, and BSD, Linux, Windows, MacOS and VMware OS monitoring. It's aimed at the SME market rather than really large enterprises, but its scale has definitely increased with this latest release. It's not just us here at 4Sysops that like NetCrunch for its simple deployment and comprehensive monitoring – it's also been recognized as one of the top 25 networking monitoring tools in 2019.

This article will look at what's new and improved NetCrunch 10.5 and 10.6. 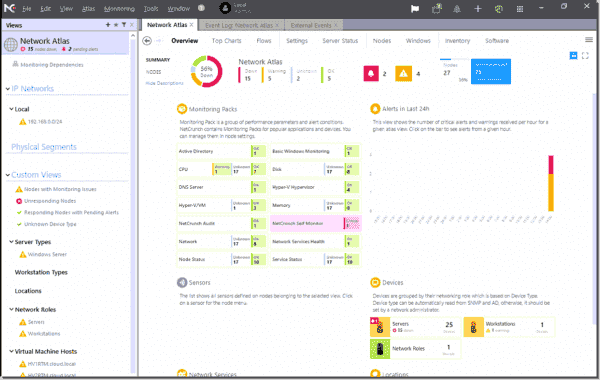 One challenge in network monitoring is your remote sites and branch offices. It's very important to have good network visibility in these locations, particularly as they don't often have onsite IT staff, but you really don't want to put a NetCrunch server in each location.

Earlier versions had a Remote Probe agent that users could run in these scenarios that would report back to the central NetCrunch server, but update 10.6 introduces an agent that allows users to monitor 75 different services and all supported sensors, including SQL, WMI, cameras and others. This should improve NetCrunch's reach for both distributed networks and MSPs that provide networking monitoring as part of their service.

I feel the need for speed ^

One part of the user experience that's often overlooked when it comes to monitoring tools is the speed of the UI and operations, especially as networks become larger and more complex. Adrem Software is laser-focused in this area and it really shows, both in earlier versions and this latest release. I don't have a huge network at my disposal that would let me test the claim that it can support over 25,000 interfaces (nodes) with over 1,000,000 metrics coming from those nodes on a single server, but this allegation does seem genuine.

Another improvement to the speed includes an update to the monitoring rules – changing 80,000 of these would have taken about 80 seconds, but now takes 4 seconds. The console certainly seemed very responsive using my 4-node Hyper-V cluster network with multiple VMs running.

NetCrunch on the first day ^

It's extremely easy to install the trial and have it scan your network to build the Atlas of all your nodes. NetCrunch has good options for automatically discovering your network: by IP network, using Active Directory, CSV import or through a VMware host. 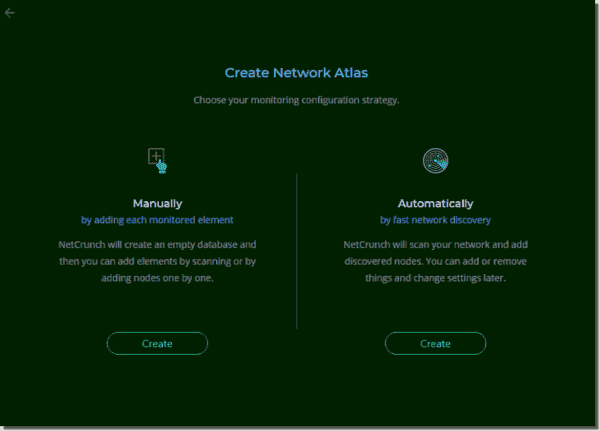 Options for building your network map 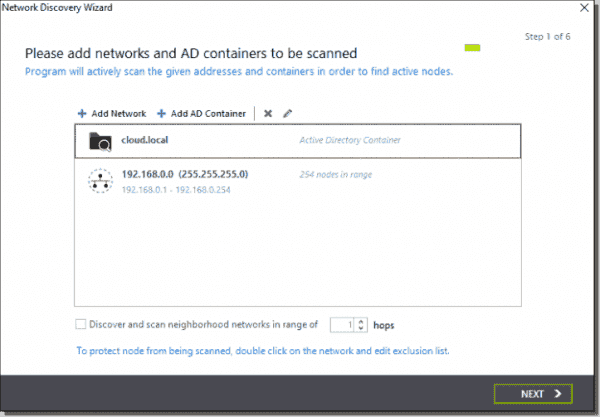 Once installed, you'll get a "guided tour" of your console (not a screenshot – your actual console) to highlight each area and its function – it's a genius introduction and something that other products should emulate.

With many IT teams now using Teams, it's good to know that NetCrunch can send alerts. If AWS's Simple Notification Service (SNS) is more your jam, well, that's also covered.

The port mapping search allows users to more easily find all the nodes connected to a switch, and the improved node performance status permits users to filter based on a monitored object or counter name. Additionally, the traffic data from your switch interfaces are now available directly from your layer 2 maps.

Version 10.5.1 added support for Windows Server 2019 and introduced more languages (Polish, German and Japanese) as well as the ability to throttle SNMP requests sent by NetCrunch. Version 10.5 added 130 MIBs (now with over 8,500 in total) and introduced Active Directory replication monitoring as well as the ability to control access to NetCrunch using AD groups. It also included a REST API for NetCrunch, plus pages for pending reboots and pending updates for Windows nodes, along with many other new features.

Aside from the features headlined above, 10.6 added a Windows Message Queueing (MSMQ) Monitoring Pack and support for Extreme Networks and Huawei switches in layer 2 mapping. Node status now shows MAC addresses and indicates if the node is connected and which VLAN it's on, if applicable. There are new monitoring packs for UPSs from Emerson Liebert, Extreme Networks and Huawei, as well as filtering and search improvements for node interfaces, port mapping, node performance status and calculated counters windows.

I really like NetCrunch – both the 10.4 version and this update. While it's very easy to get it going, there's also a ton of power under the hood. The new performance improvements are welcome, as is the new Remote Probe agent. I look forward to future iterations, and I hope more cloud workload monitoring will be added.

You can download a free 30-day trial of the latest NetCrunch release here.