Many of the major backup vendors that have made their name backing up traditional virtualized environments are now setting their sights on SaaS environments. With the release of NAKIVO Backup & Replication v9.2, NAKIVO has added Office 365 backup as a feature of their core product. In this review of NAKIVO Backup & Replication v9.2, I will take a look at the new features of this release, including Office 365 support.

Generally, with a new release of a backup product, there is a long list of items that are introduced in a major version; however, NAKIVO Backup & Replication v9.2 offers one major new feature—Office 365 backup. This feature opens a new world of customer potential for NAKIVO, since Office 365 is one of the fastest growing SaaS offerings.

In particular, with the v9.2 release, NAKIVO has introduced the ability to back up Exchange Online email. This means at that at this time, you can't back up OneDrive or SharePoint. While one can only assume these will be added in future releases of NAKIVO Backup & Replication, this could be a limiting factor for now, as most organizations using Office 365 email also use OneDrive.

While many of the Office 365 backup solutions make use of cloud storage to store your Office 365 environment, NAKIVO uses your existing NAKIVO infrastructure either on-premises or in the cloud for backup storage.

One nice advantage of using an existing on-premises NAKIVO configuration is that your backup data is stored outside the environment that is protected. This allows for much better data resiliency, so you don't have all your "eggs in one basket," and it certainly helps to satisfy the 3-2-1 backup best practice rule. Many cloud-to-cloud backup solutions may actually use the same cloud storage that backs Office 365, such as Azure storage.

Why is Office 36 backup important? ^

There are two main data-loss culprits in cloud environments:

Backing up your data in your cloud environment helps to protect against data loss resulting from the above reasons and helps to ensure business continuity when leveraging cloud SaaS applications.

I really like the fact that the new Office 365 backup feature in NAKIVO Backup & Replication v9.2 is not a "bolt-on" or additional appliance that you have to deploy to have the new functionality. It has been added as a native component of the traditional NAKIVO appliance and is deployed with v9.2. 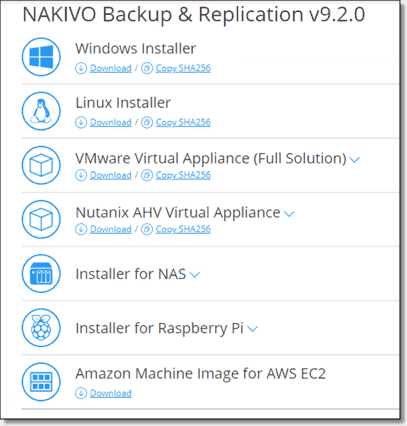 What features are included as part of the new NAKIVO Backup & Replication v9.2 Office 365 backup offering?

With NAKIVO Backup & Replication v9.2, adding an Office 365 environment for backup is as simple as adding it to the NAKIVO inventory. This is the same type of process you would perform to add a VMware vSphere, Microsoft Hyper-V, or Nutanix AHV environment to your appliance for backup. 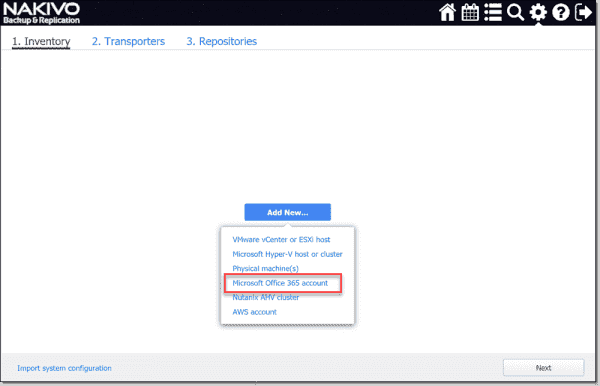 As you will see below, you need to provide: 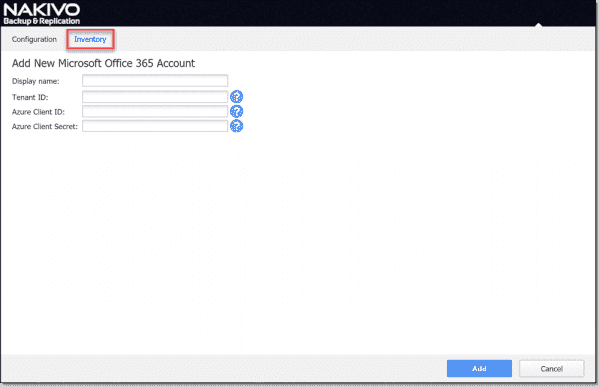 Adding an Office 365 environment to the NAKIVO Backup and Replication v9.2 inventory 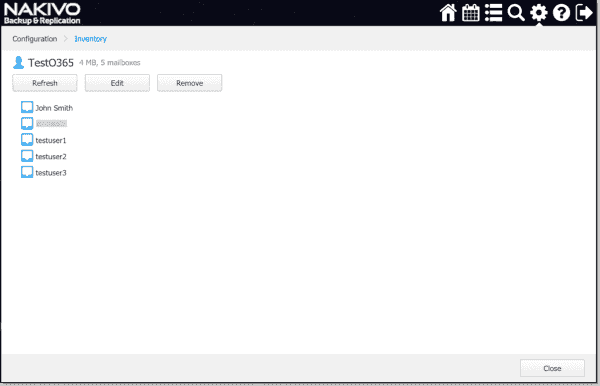 After you add the Office 365 environment to your NAKIVO appliance, you will be able to create backup jobs as you would for a virtual machine in the NAKIVO user interface. 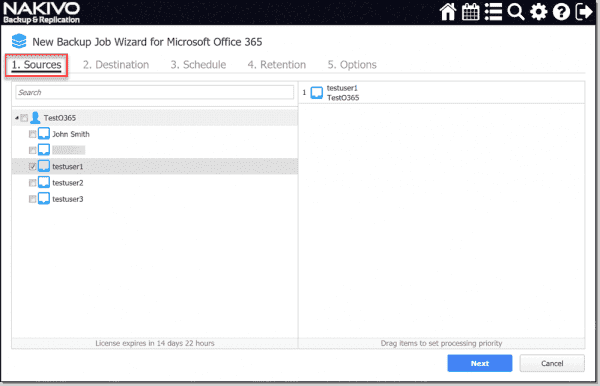 Creating a new backup for an Office 365 mailbox