Most organizations today are looking for a backup solution that is able to cover their data wherever it may be housed. This includes data centers that are on-premises or in the cloud. NAKIVO Backup & Replication is a solution that has been aggressively adding features to protect your data, both in on-premises data centers and in the Microsoft 365 Software-as-a-Service (SaaS) environment.

NAKIVO has also been adding many great integrations with other solutions and technologies into their Backup & Replication product. This has provided many new features and capabilities for backing up your data. Recently, NAKIVO Backup & Replication v10.1 was released, touting two major new features for data protection. In this review, we will take a look at the new features in the v10.1 release and see how these add to NAKIVO's backup offering.

One of the aspects of NAKIVO that I really like is that they are very aggressive with adding new features. They also have a very healthy beta program where they allow the masses to freely test out new features in beta format before they are included in the GA product release.

As you can see in the official NAKIVO release notes below, NAKIVO has been intent on adding new cloud backup features to the core functionality of the product. Many customers are looking to either utilize cloud storage as part of their backup infrastructure or to back up various cloud environments. In the v10.1 release, NAKIVO is still focusing on strengthening its cloud backup position. 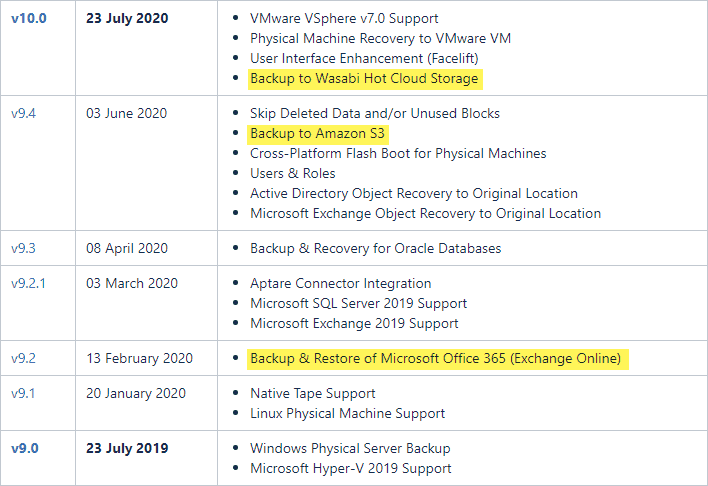 Let's take a look at these new features in more detail.

For most organizations that want to migrate resources to the Microsoft 365 SaaS environment, there are generally two core cloud services they utilize first:

Backing up and Restoring Microsoft 365

Adding a Microsoft 365 environment to a NAKIVO Backup & Replication v10.1 environment requires the same basic workflow as backing up a virtual machine in your on-premises environment. There are a few preparatory steps you must complete to back up a Microsoft 365 environment, including adding a SaaS-compatible datastore and adding appropriate permissions on the Azure Active Directory side. However, once these steps are completed, the normal NAKIVO backup and recovery wizards apply.

Below is a shot of adding the SaaS compatible backup repository for backing up cloud SaaS, including Microsoft 365 environments. This can be directly attached storage or a locally mounted share on an assigned transporter. 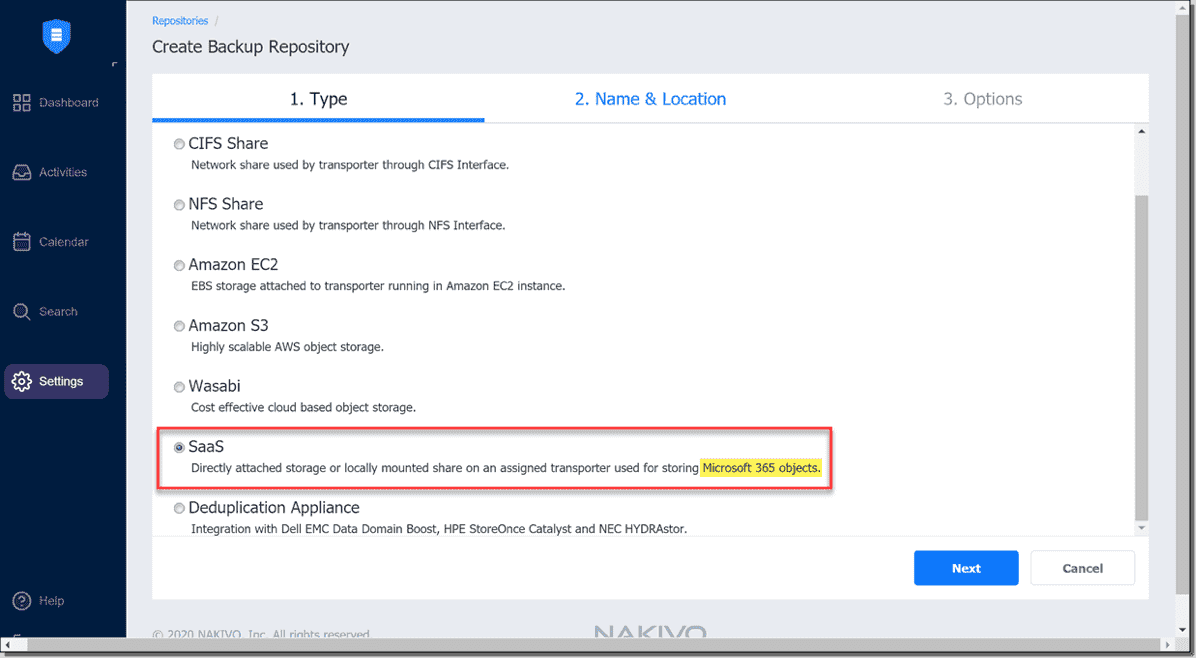 After your repository is added and mounted, you can add your Microsoft 365 environment to NAKIVO Backup & Replication v10.1. 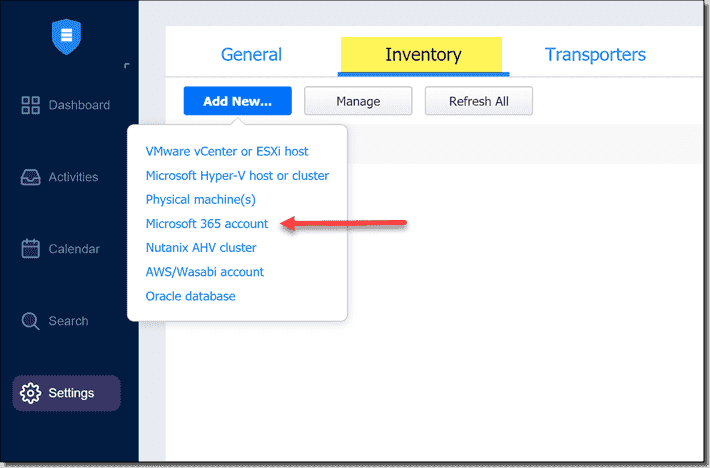 Adding your Microsoft 365 environment to NAKIVO

Once the account is added, as you can see below, the new v10.1 allows selecting not only the Mailboxes but also OneDrives in the account. 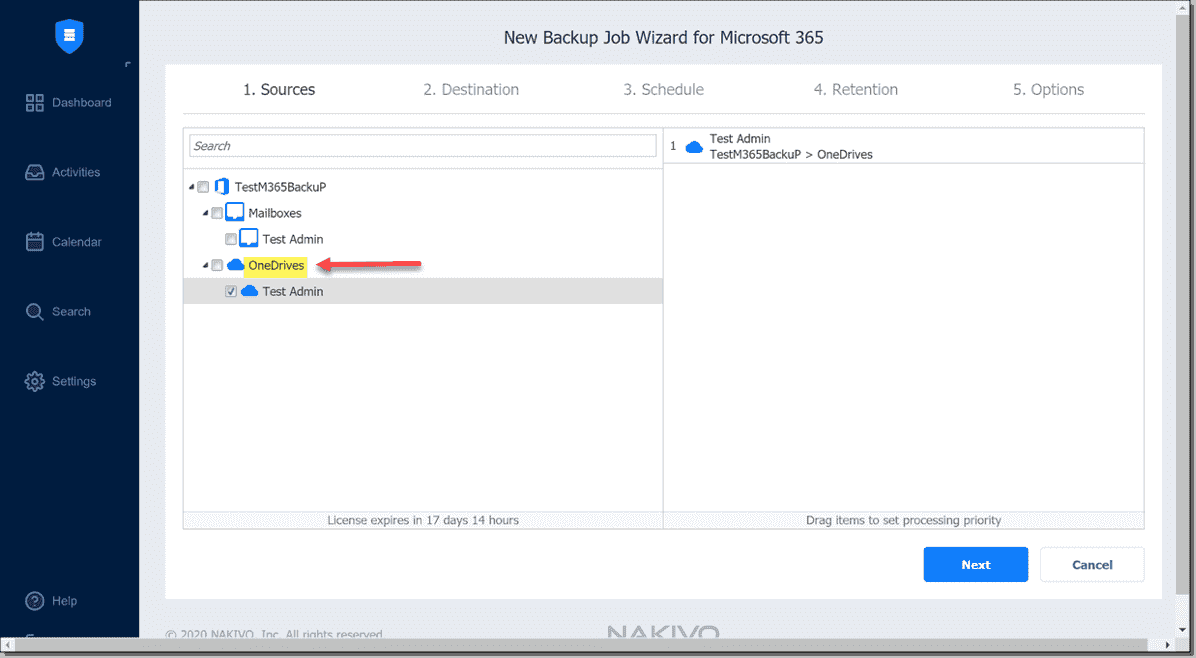 After you have successfully backed up your Microsoft 365 environment, including OneDrive, you can restore items found in the backup. 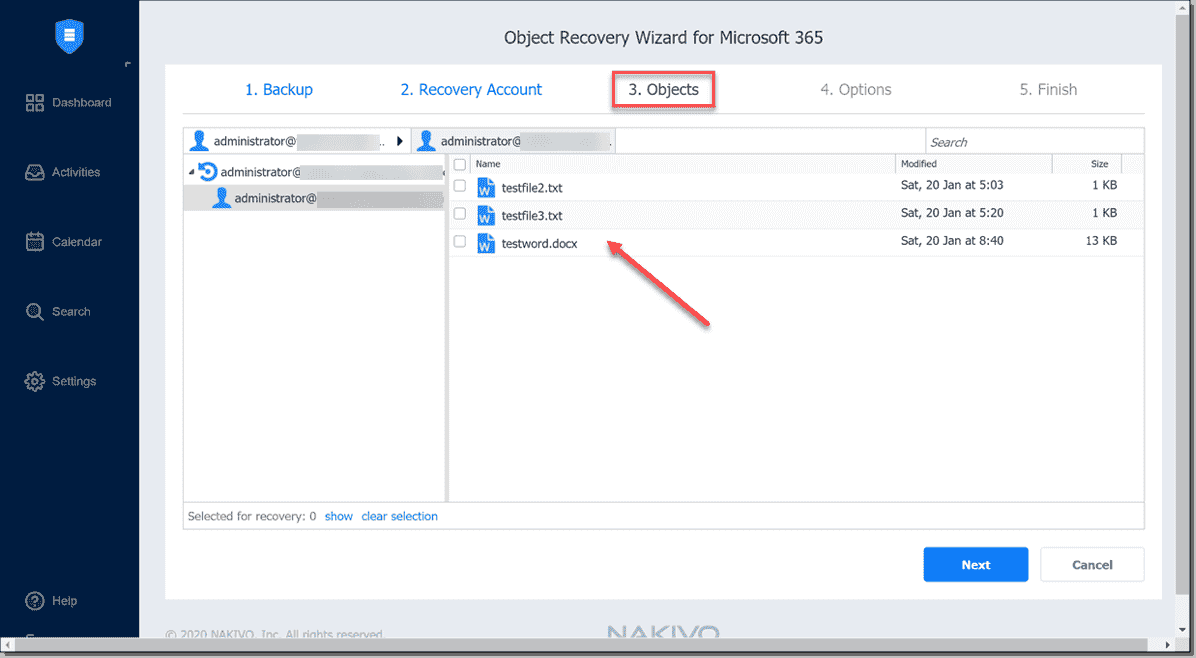 Choose which OneDrive objects you want to recove

Choose which OneDrive objects you want to recover

Both the workflow and the process itself were easily completed, and I had no issues either backing up or restoring data to a OneDrive account with the new NAKIVO Backup & Replication v10.1 functionality.

The process of adding an HPE StoreOnce Catalyst backup repository is easily accomplished in NAKIVO under Settings > Repositories. 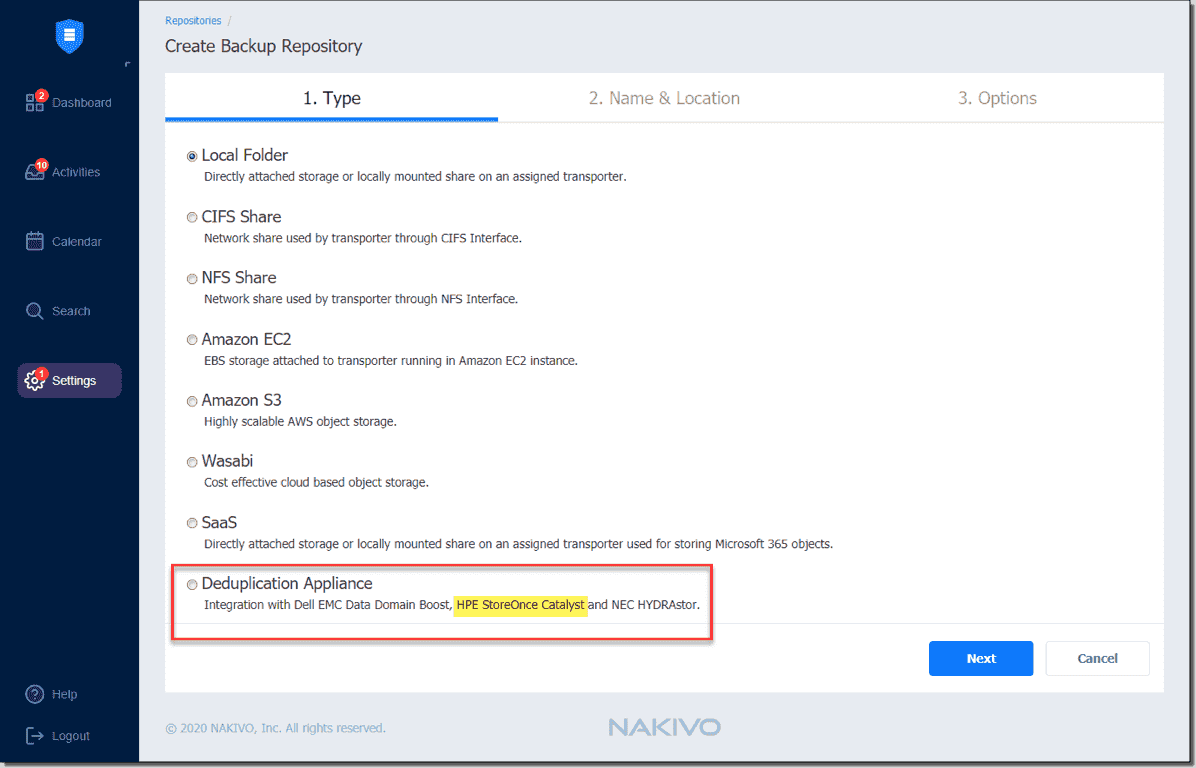 Wrapping up and impressions ^

I found the process to backup and restore OneDrive files extremely easy and on par with the normal NAKIVO workflows that most have grown accustomed to for both backing up and recovering files. The process was straightforward and intuitive.

A standout for NAKIVO is the pricing. NAKIVO's price of $0.75 per user is extremely competitive and would certainly allow many organizations to save a tremendous amount in licensing costs for their data protection solution in Microsoft 365 in comparison to other vendors.