Move or migrate WSUS to a new server

Home Blog Move or migrate WSUS to a new server

Philip Lorenz  Wed, Dec 16 2020Wed, Dec 16 2020  deployment, patch management, wsus  0
Since Windows Server Update Services (WSUS) is an important part of the IT infrastructure it should run on a current operating system. The end of support for a version of Windows Server, as recently as 2008 R2, is a compelling reason for a migration. This guide shows how to move WSUS to a new machine.
Contents

The migration process assumes, of course, that there is a functioning source server that contains the current WSUS data to be migrated. The target server should be ready and have the WSUS role installed. After the WSUS installation, however, you should skip the initial configuration.

The best practice is to stop the WSUS service on the source server before migrating. This can be done using the MMC tool for Services; alternatively, a short PowerShell command will do the job:

One last requirement is that port 7000 UDP/TCP must be open on both computers, since the Windows server migration tools we will use in the following section will require it.

Moving WSUS to another server comprises the following steps:

In many companies, the management of existing update files is rather neglected. A WSUS server runs on average for several years until the next migration. Therefore, you should consider whether you want to keep all the legacy updates or whether you prefer to download the required updates again.

In the event that updates have been maintained on the source server or the effort for a re-evaluation seems too extensive, you can transfer the update files using the Windows Server Migration Tools (WSMT) (copying via robocopy is also possible).

The first step is to install the WSMT via the Windows Server Manager on the target server, where it can be found in the wizard for adding roles under Features. 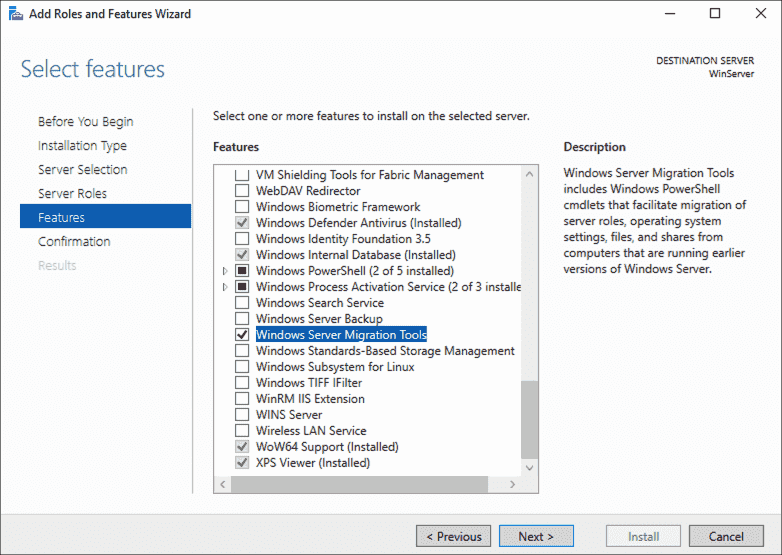 After the installation, the target server provisions the WSMT on the source server. This ensures that both servers have the same version. To do this, open a prompt with elevated rights on the target server. Change to the WSMT directory, and enter the following commands:

The IP address or the hostname for the ComputerName and the directory for updates must, of course, be adapted to your environment. Once this is done, assign a password. 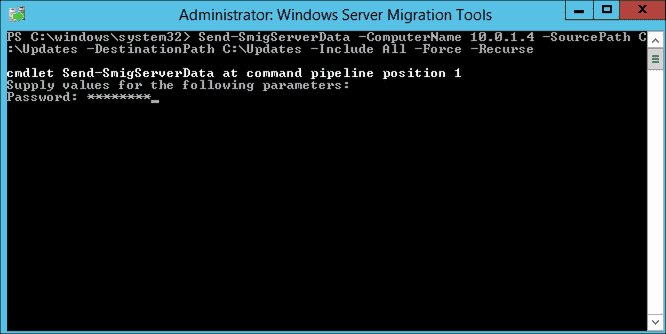 Start transferring the data from the source server

The source server is now ready for migration and is waiting for the signal from the remote machine.

On the target server, you now start WSMT and enter the following command: 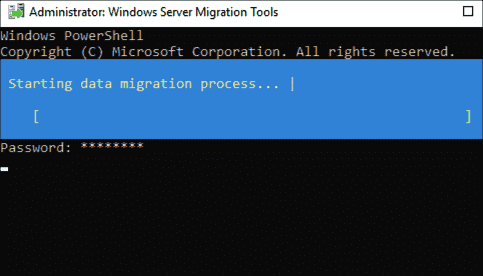 The WSMT can also synchronize the security groups. To do this, switch to the source server, open the WSMT shell, and execute the following command:

The IP or hostname should, of course, be adjusted again. The destination directory must also already exist on the target server. Here, the tool again requests a password, which is needed for receiving.

Export of the security groups with the WSMT

On the target server, the data is also fetched via the WSMT shell using the following command:

Back up and restore the WSUS database

WSUS can use either the internal Windows database (WID) or a SQL Server, the former being the most common. If you are not sure which one you have configured for WSUS, you can find out in the registry. The entry

contains the value MICROSOFT##WID or the name of the SQL database. With the latter, we don't have to do anything else because the new WSUS simply accesses the same database again.

For the migration of an internal WSUS-DB, a backup-restore procedure with the SQL Server Management Studio (SSMS) has proven to be best practice. This software is available here from Microsoft.

After installing it on both machines, switch to the source server and open the tool. In the Connect to Server dialog box, enter the Server name: 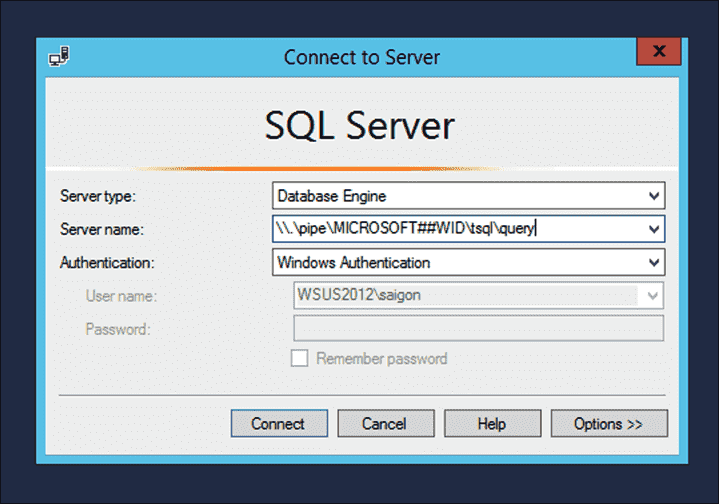 After the connection has been successfully established, SUSDB is located under Databases. There, select Tasks > Backup from the context menu.

You don't have to adjust anything in the backup wizard; only the path under which we want to save the backup on the disk has to be specified. 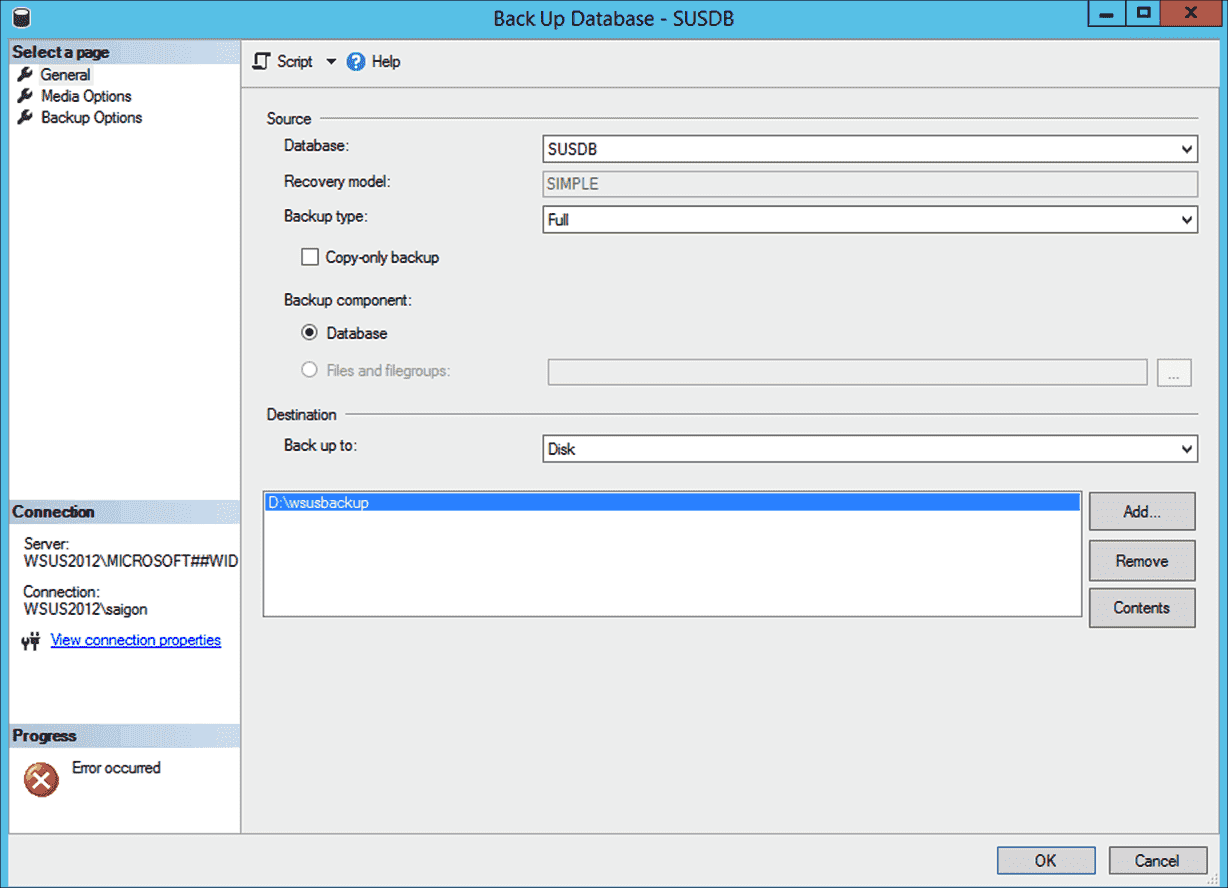 Saving SUSDB to a file on the source server using SSMS

The speed of the backup depends on the size of the database. You now copy the saved file to the target server, where you connect to the SUSDB using SSMS.

The existing SUSDB must first be deleted here. You can do this with the following query (right click on SUSDB and then New Query): 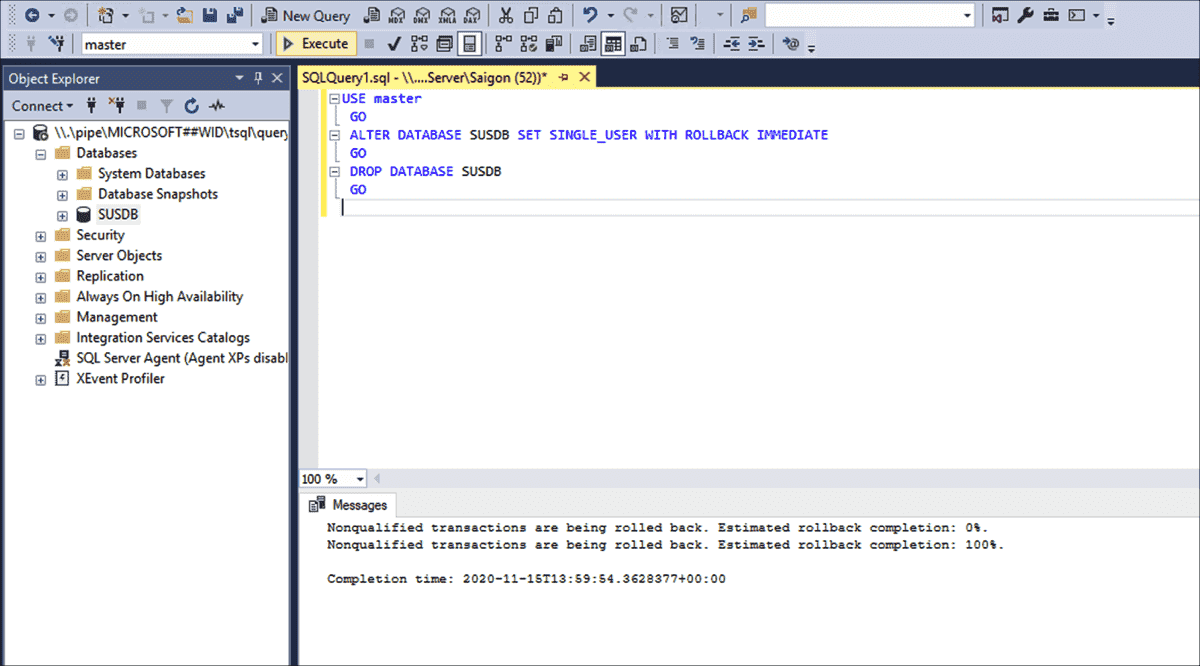 Deleting SUSDB on the target server via SQL script

You can then import the backup of the source server with the following query:

The path on the first line must of course be adjusted to your needs. 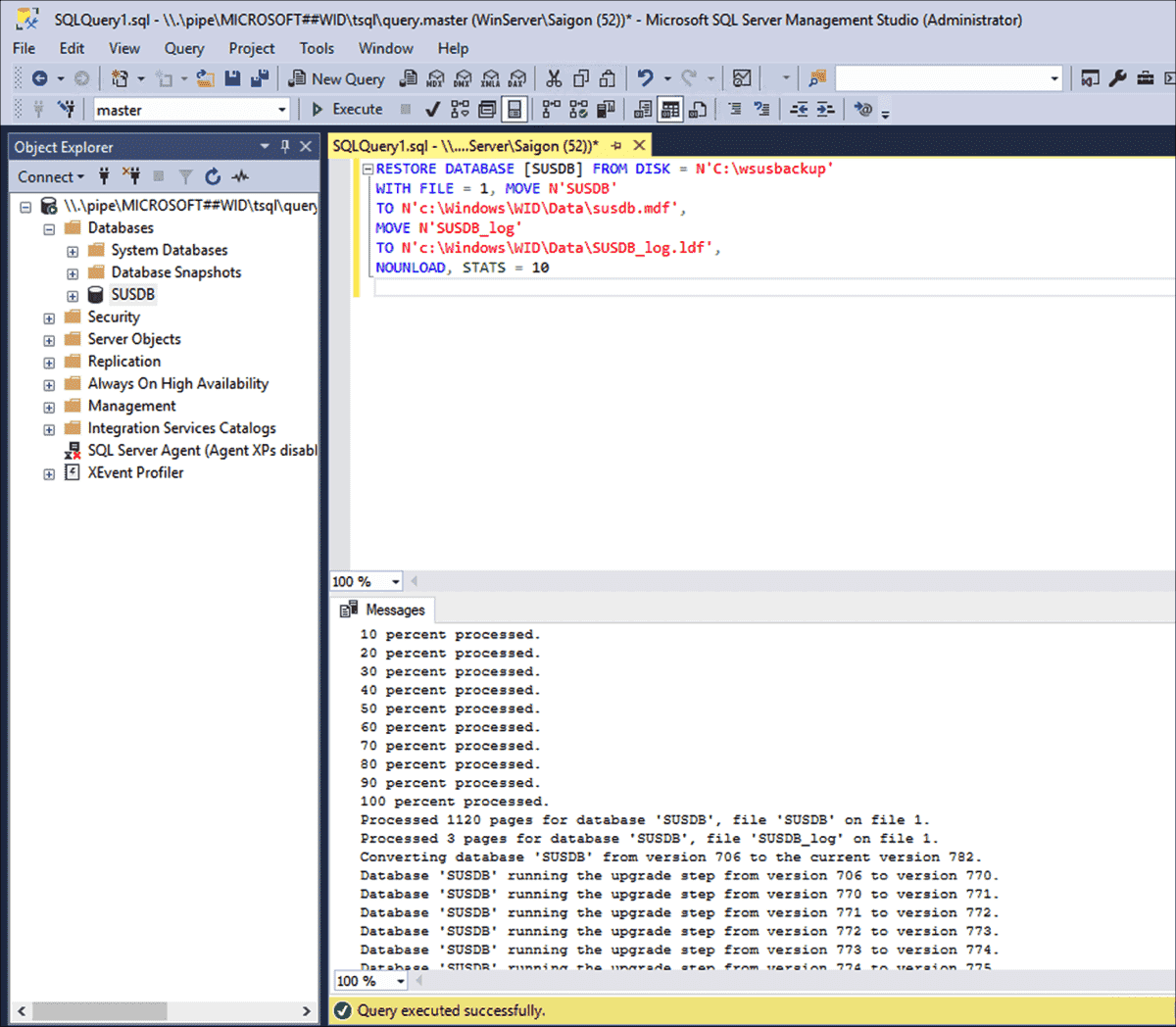 This completes the migration of the database.

Finally, post-installation should be carried out. The easiest way to do this is in PowerShell with admin rights executing the following commands:

To avoid problems later, you should adjust the ServerID of the new WSUS. This can also be done with PowerShell by accessing the WSUS configuration directly and generating a new GUID:

Change the ServerID for the new WSUS server

If the new WSUS server has a new hostname or IP, depending on your environment, you may also need to update this information on the clients so that they can get their updates from the new WSUS. There is usually a GPO for this, which has to be adapted.