Microsoft’s CEO on the significance of software – End of the devices hype?

Home Blog Microsoft’s CEO on the significance of software – End of the devices hype?

Michael Pietroforte  Thu, Feb 6 2014Thu, Feb 6 2014  microsoft  0
In his second interview, Microsoft’s new CEO, Satya Nadella, repeatedly stressed the importance of software. I wonder if this is the beginning of the end of Microsoft as a devices company.

Of course, Nadella is still chanting the devices and services mantra. However, if you read between the lines, emphasizing the importance of software could be intended to downplay the significance of hardware in Microsoft’s future. 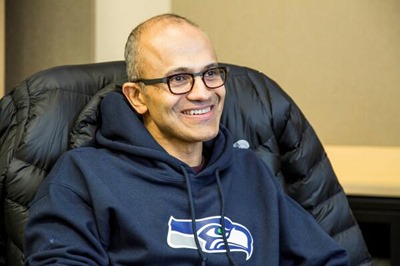 So far, Microsoft has only burned money with the Surface and the Nokia deal. I believe as soon as the mobile device market is saturated, profit margins will drop dramatically to the same level as those of PC vendors. Samsung and Apple are already beginning to feel this. I am pretty sure that Microsoft wouldn’t have a chance against the hardware giants after the gold rush in the mobile devices market is over.

My hope is that, after a grace period for the previous Microsoft CEO, Nadella and Gates will reverse Ballmer’s wrong decisions and drop the company’s hardware ambitions in favor of a focus on complex cloud-based enterprise software. Google is already a step ahead with the dumping of Motorola less than two years after the acquisition. I am positive that Microsoft could accomplish this with Nokia in less than a year.

The fact that it was not Nokia’s boss, Stephen Elop, but the head of Microsoft’s cloud who won the race for the CEO position could be another hint that the Redmond software giant sees its future as a software and cloud company. In the cloud, Microsoft can fully bring to bear its capability to create complex software, whereas the simple apps running on mobile devices leave little room for a software company to outshine its competitors.

And let’s not forget that Microsoft’s new technology advisor, Bill Gates, was never really interested in the hardware business when he still was Microsoft’s CEO. I doubt that he has changed this attitude. I also think that Nadella is not the type of person who will further alienate handset makers and push them more and more to Android. Instead, he will probably try to make up for the damage Ballmer has caused with the Surface and Nokia and find new allies in the upcoming war of Windows versus Android.

Of course, this is all wild speculation and mostly based on the gut feeling I get when I hear Nadella enthusing about the importance of software. What’s your take? Do you think Microsoft will ever make money with tablets and phones?