Michael is a Senior Technical Product Manager for VDI and Remote Desktop Services with Microsoft, based in Redmond. In this interview he discusses the advantages which RemoteFX will bring to Microsoft’s RDS and VDI solutions and compares the two technologies, looking at their relative advantages and disadvantages and what benefits they bring to business, while clearing up some common misunderstandings about VDI. 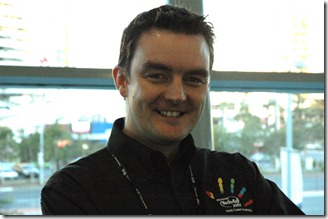 Michael’s blog can be found here.

JB: There’s been a quite consistent look and feel about Microsoft’s remote desktop/VDI technology to date, which has meant that the user is generally aware that they’re not using locally-installed software. The latest advances in the remote application user experience now seems to be at a point where the distinction between local and remote clients is blurring to the point of disappearing

MK: Certainly the traditional user experience has been very different from the rich client experience, but it’s not just about the user experience – we’re pushing strongly to enable businesses to implement different use case scenarios using RDS and VDI. For example, if I want a contract worker to come onsite and put intellectual property into my environment, I want to be able to control how they deliver that IP. With the new RemoteFX capability in Windows Server 2008 R2 SP1, we can deliver this controlled user experience to workers who need high-end computing and graphics performance, for example CAD users, through the VDI experience.

I don’t think we’re ever going to be able to fully replicate the experience of a physical machine, but there’s certainly a strong move towards that experience using VDI.

In Server 2008 R2, RDS Session Host (formerly known as Terminal Services) is able to make use of the server’s GPU and RemoteFX will enhance this by allowing the encode/decode to work more efficiently over RDP, resulting in efficiency gains. In VDI scenarios, RemoteFX will now allow support for the GPU to render video as well as 3D graphics. It’s worth noting that in Session Host scenarios the server CPU is still used to render video but 3D graphics are rendered through the GPU.

JB: This represents an interesting shift in the server hardware market. Traditionally when buying a new server, its graphics capability hasn’t been a consideration. Now, with the server GPU powering VDI technology customers are going to need workstation-class graphics in their servers, if not even better?

MK: Correct. But it’s important to remember that there are two parts to the capabilities which RemoteFX brings. GPU support is targeted at VDI as Session Host can already use the GPU. Quite often in a thin client environment, the graphics capability of the end machine is used to render the session, so in many cases the thin clients are actually not that thin. RemoteFX means that we can now do all the graphics rendering server-side and simply send flattened bitmaps through to the client. Consequently, customers can now utilise genuinely thin clients.

The other aspect to RemoteFX is the included encode/decode capability. At the moment, the encode/decode of the RDP stream is done using an RDP client. Using RemoteFX means that the server-side encoding can be done in software or hardware, and the client-side decoding can also be done in either software or hardware. We’re also working with OEMs to embed a RemoteFX encode chip in servers, and together with the potential for ASIC-enabled thin clients, we now have the potential to deliver a rich user experience to solid state, sub-$100 thin clients with no GPU requirements.

JB: Could this experience be delivered to portable devices like mobile phones?

MK: This sort of high-fidelity content does require high-speed, low-latency bandwidth, so Microsoft is really concentrating on LAN environments. However, our partners Citrix and Quest will be in a position to offer WAN acceleration using their client software.

JB: How much extra load does VDI place on backend systems?

MK: VDI requires a fair amount of horsepower. We do see businesses implementing VDI expecting to save on TCO, based on various third-party promises, but TCO really isn’t a good way of assessing VDI as you don’t change the TCO model simply by changing the desktop delivery method. It’s best to look at VDI as a business-enabler which allows different use scenarios, such as contract workers and users working from home. The hardware to drive VDI is significant, and the server requirements to support a reasonable number of VDI users is quite large – we’re not talking about single-use, low-end machines but high-end, expensive servers. Additionally, there’s a major need for robust, powerful and scalable storage systems such as high-end iSCSI or fibre channel SANs to deliver high-capacity disk I/O. With VDI we generally see that disk I/O is the biggest barrier to scalability and machine density, rather than processor or memory limitations. In terms of capital expenditure, that represents a significant outlay.

Compare that with Session Host. The typical business user needs access to productivity tools like Office, intranet/internet resources and often not much else. Business users needs tend to range from task-driven roles such as call center or data entry where the same few applications are needed each day and cover all the technical requirements of the role, up to the other end of the scale where the “knowledge workers” are – mobile users who need access to a wide variety of high-end products, often simultaneously. The majority of normal business users tend to fall somewhere in the middle of these two user types – users who need access to a variety of productivity apps, but who don’t use 3D-powered tools. We find that Session Host still more than adequately handles these scenarios.

So Microsoft’s advice to customers is to segment users according to their usage profile – if 80% of your users fit the traditional office user profile, then support them with Session Host (which is also easier to manage centrally using existing management tools like System Center), and use a personal VDI solution for the users who require a more personalised and isolated experience.

MK: Yes. When a personal virtual desktop is assigned to a user, when they connect via the Connection Broker they connect to that same VM every time, and it is managed like any other desktop within the organisation.

With pooled VDI, when the user logs in they’re not guaranteed to get the same VM as last time, but rather one of pool of available virtual machines. This is used in conjunction with roaming profiles to preserve the user’s desktop experience across VMs, but when the user logs off the VM is reset to a vanilla state – no changes are saved. Combined with roaming user profiles and potentially application virtualization, this is quite a powerful solution. The problem with the pooled VDI approach is managing the pool. Normally, every virtual machine in a pool of VMs runs off its own differencing disk which in turn hangs off a parent disk. This approach has the major advantage of rapid VM provisioning, but there’s a problem when it comes time to service the parent disk. The only options are to either service each VM, which is undesireable as this defeats the purpose of having the VMs return to a vanilla state once the user logs off, or service the parent disk. This is problematic because all the differencing disks have a hard link to the parent disk and if that goes offline for any reason it results in a catastrophic failure to VM. The only way around this is to do all the servicing offline and create a new pool of VMs each time.

This creates a new management paradigm whereby the VDI environment is managed differently from the rest of the physical environment. That’s why Microsoft suggests that the pooled VDI approach is best suited to the task worker/office worker scenario, but that Session Host can achieve the same end result but cheaper, better and much easier to manage.

JB: Session Host requires a TS CAL for businesses to license the technology. What does VDI require?

MK: The core of the Microsoft’s VDI solution is based around Server 2008 R2, so if that is already licensed along with the necessary TS CALs then you already own the fundamentals for VDI. If you’re not under Software Assurance then you will also need to purchase VDA licenses, which allows you to use Windows 7 in a personal or pooled VDI environment. If you do have Software Assurance then there’s no more to pay.

For a more holistic VDI environment, including management of the VMs and hosts, Microsoft has a license called VDI Suite Premium Edition which includes MDOP, SCOM, SCVMM, SCCM and App-V products as well as RDS CALs. There’s also a VDI Suite Standard Edition which does not include the RDS CALs, as well as a couple of other features. The VDI Suites are licensed per device.