Jeff is an IT Pro Evangelist with Microsoft Australia, based in Sydney. In this interview he explains how Microsoft’s virtualization solutions integrate and how multiple solutions can be brought to bear to assist IT professionals manage their environments, mitigate compatibility issues and accelerate deployments.

Jeff’s blog can be found here. 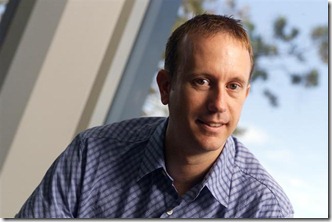 JB: The large range of virtualization options available to customers means that there’s pretty much a solution to fit every usage scenario.

JA: There’s certainly been a lot of confusion in the local market with businesses and IT pros, simply because Microsoft has so much happening in the virtualization space, and sometimes it’s not clear how it all fits together. That’s why May 2010 is Virtualization Month for Microsoft Australia, where we’re running lots of Live Meetings to give IT pros a comprehensive overview of the key solutions. We’re following that up with free virtualization workshops across Australia throughout June.

In addition to Hyper-V, App-V and VDI, we’re also seeing a lot of interest in user state virtualization. We’ve been speaking with one of our partners, AppSense, whose products allow customers to virtualize the user state as well as the rest of the operating system stack.

In my discussions with customers we’re taking a new look at the traditional SOE model, which is essentially tied to the hardware platform with the operating system, applications and user state layered on top. We’re explaining to customers now how we can de-couple those layers and treat them as separate, manageable entities. Although VDI allows businesses to make use of very thin clients, what I’m hearing from customers is that they are still going to be using traditional full-fledged thick clients running Windows 7, but then taking advantage of some of the features we have available in Remote Desktop Services in Windows Server 2008 R2.

There’s also still a lot of confusion surrounding VDI and what it can offer. Many customers still think that VDI solutions will reduce TCO, and we’re trying to explain that this is unlikely to be the case. Rather, VDI is a business flexibility solution. Interestingly, we’re seeing that the biggest deployments of VDI in the marketplace are providing solutions for offshore drilling platforms and software developers, and many more customers are taking advantage of the desktop parity features offered in RDS with Windows Server 2008 R2.

The big problem we have in Australia is bandwidth, and I’m always surprised at how little many customers have invested in WAN bandwidth. That’s a major problem when considering new technologies like VDI, which are excellent at supporting remote users but do require solid connectivity. This means that customers are often prevented from implementing technologies like VDI until they make the necessary (and generally expensive) infrastructure upgrades.

JB: This raises an interesting consideration, because a recent trend in Microsoft products has been the ability to squeeze more and more out of the base product without requiring constant infrastructural upgrades. However, unless you’ve made those investments over time you will hit a point where you can’t achieve anything more.

JA: Of course. And customers need to constantly assess their requirements and expectations in order to be able to scale solutions to fit the usage patterns the business needs and to implement technology like VDI. The Best Practises Analyzers which we’ve incorporated into Server 2008 R2 can help a lot with this. In fact, we do have a lot of guides and best practises out there which not many of our customers are aware of, and we do see many businesses trying to implement new technologies on a budget that’s too tight to do the job properly.

In fact, when technologies like VDI or RDS are implemented without the proper infrastructure to support it, it can end up resulting in greater cost to the company through lost productivity, user complaints and helpdesk calls. Best-practise deployment and end-user consderations really are important.

It’s also important to be able to state that VDI isn’t going to solve everything, but it can certainly give a business a lot of flexibility if they are prepared to implement and support it properly.

JB: How have IT pros responded to Microsoft’s message about de-coupling SOE layers?

JA: The biggest thing which resonates with IT pros is application virtualization, because most organisations have so many applications which require a lot of work to manage, in terms of both delivery and compatibility. Many IT pros don’t have the time or the resources to go through and mitigate all those applications, so App-V allows them to abstract that layer away from the SOE while removing barriers to deployment.

There’s also been a lot of interest in user state virtualization, but I have to say that I haven’t seen much interest in desktop virtualization using the MED-V product in MDOP. There’s certainly been a lot of interest in XP Mode, but that hasn’t translated through to MED-V. We’re also working with a partner called ChangeBase, who will be introducing an SME product which will assist customers to analyze their applications for compatibility issues. There will be some announcements on this shortly.

JB: I’m not surprised about the lack of interest in MED-V. It’s designed to mitigate issues with application compatibility, but as it turns out that’s something which App-V does incredibly well, possibly even better than it was meant to.

JA: That’s right. And it’s something which many customers didn’t expect. And App-V will help in the VDI discussion as well, because it’s another technology which can be brought in to assist deployment and enhance the user experience. It’s also another reason why customers really should be have Software Assurance.