Brandon Lee  Fri, May 28 2021Fri, May 28 2021  cloud computing, deployment  0
Microsoft officially released Universal Print for productive use in the first quarter of 2021. It not only complements Windows Virtual Desktop, but also allows companies to move their local print infrastructure to the cloud. However, most organizations are likely to use cloud printing only as an additional option for the time being.

Printing is considered a legacy technology, but it is still a business-critical IT function in most companies. Its operation not only requires a complex infrastructure of printers, associated drivers, and print servers, but also demands a great deal of effort from the IT department for maintenance and problem-solving.

Requirements due to increased mobility ^

As working conditions mean an increasing number of mobile users and employees work from home, the requirements to support these changes also increase. In such scenarios, it is common to send jobs to printers in the office via a VPN. The mapping of devices to users should then change depending on the user's location.

Cloud printing promises to simplify many of these tasks and reduce the complexity of the local infrastructure. As one of the pioneers in this segment, Google offered such a service very early on but shut it down again at the end of 2020. Apparently, the demand fell short of the provider's expectations.

Printing over the internet ^

With the recently released Universal Print, Microsoft is now trying to establish itself in this market. It is a completely cloud-based service that not only shifts the entire management to Azure. Rather, all print jobs are configured to run over the internet and use Office Data Storage for spooling.

The advantage of this solution is that users can print their documents to any printer in any connected branch of their organization without having to be connected to the corporate network.

In addition, Universal Print offers very flexible options for assigning an appropriate printer to remote users. This can be done traditionally using the address, building, and floor, or the GPS coordinates of the PC and printer.

In various constellations, however, this also entails disadvantages. For example, the jobs currently run via Azure, even if the user and printer are in the same subnet. Printing without an Internet connection is therefore not possible, even within the same building.

No driver installation on clients ^

Hybrid solutions, such as Ezeep Dash, which only move printer management to the cloud but send the print data directly to the devices, are more favorable under such circumstances. However, the endpoints then still need the appropriate driver for the respective printer. 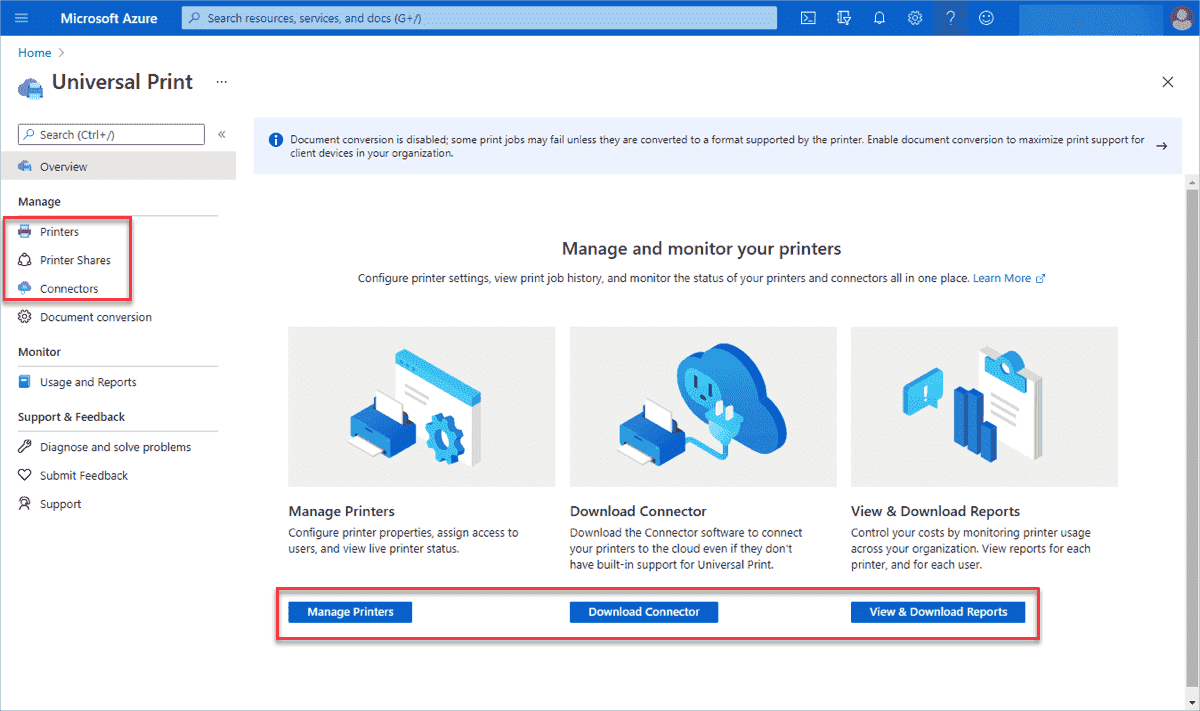 With Universal Print, Microsoft completely eliminates the need to install printer drivers on PCs. The service is based on the Internet Printing Protocol (IPP), which informs the client as to which options the printer supports (paper sizes, trays, print quality, sorting, stapling, etc.).

In addition, the PC learns which Page Description Language the printer accepts (Apple Raster, PCLm, PDF, etc.). Based on this information, it can prepare the job for the selected printer. Windows 10 already includes the functions required for Internet printing, so no additional software is needed for Universal Print. 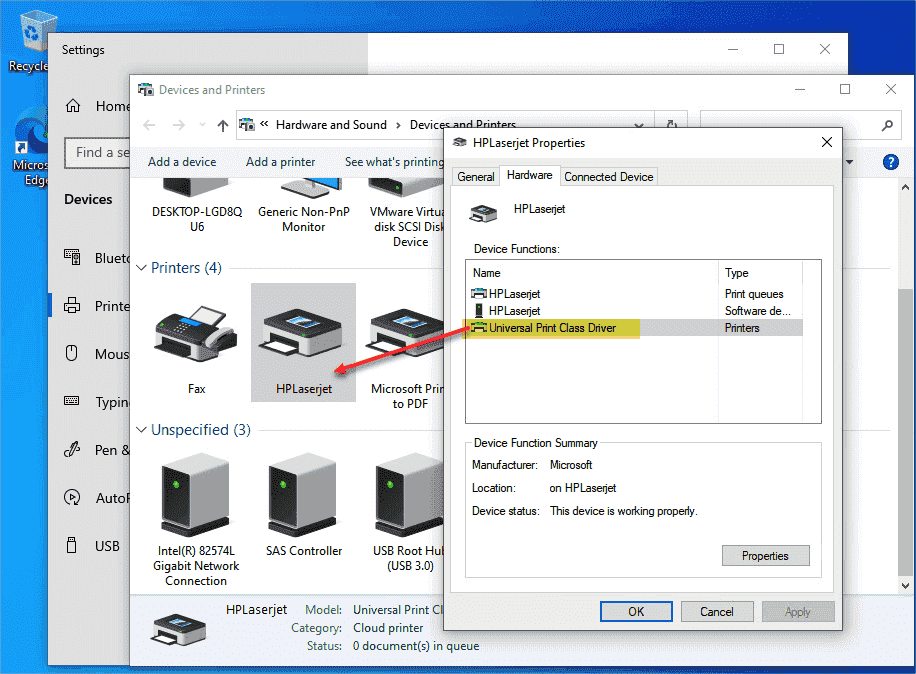 Windows 10 has all the requirements for printing via the cloud

On the other hand, not all existing printers are prepared for Internet printing. Newer models might be enabled by a firmware upgrade, but for many devices, this option will not exist.

For these printers, Microsoft intends to use the Universal Print Connector as a link between the cloud-based print service and the legacy hardware. It can be installed on Windows 10 or Server 2016 or newer. Since legacy devices are inaccessible without the Connector for Universal Print, it is preferable to install the software on a server that is permanently online.

The Connector polls the print queues on Azure at regular intervals and executes jobs when they are available. Modern IPP printers act in the same way, so all connections are initiated from the inside out and admins don't need to open a port in the firewall for Universal Print.

In most organizations, documents with confidential content are printed out on a regular basis. Clearly, a print infrastructure must be configured to prevent such data from falling into the wrong hands. For example, with certain printer models, admins can even force output to start only after a PIN has been typed in.

Cloud printing is further complicated by the fact that all print data leaves the company network. Therefore, print data should be protected with encryption in transit and at rest.

Microsoft uses encryption across the board with the service, and there is no way for the customer to use Universal Print without standard encryption protections. As mentioned above, the data is stored in the same secure storage platform Microsoft uses for Exchange data, Office, and Teams. The Universal Print service houses print data in the region of the customer's tenant and doesn't move it outside to other Azure locations.

Another important pillar for securing the print infrastructure is role-based permissions, for example, to manage queues or to be able to use certain printers. While on-prem environments use Active Directory for this purpose, Universal Print requires that machines join Azure Active Directory. This can also be done via a hybrid configuration with an on-premises AD.

Universal Print includes the following components required for the solution to work:

Microsoft also makes the service available as a standalone subscription service that allows customers who do not subscribe to Microsoft's SaaS to take advantage of the service.

The vendor has an interesting way of counting the number of prints that an organization is allowed with Universal Print. With the service, you get the following allowances for print jobs:

The Microsoft Universal Print service has the following prerequisites: