Microsoft Management Summit 2012 – What you missed

Bret Fisher  Fri, May 4 2012Fri, May 4 2012  microsoft  4
System Center 2012 is here and Microsoft recently held its annual MMS 2102 conference focusing on this expanding product suite. I’ll give you an overview of what was covered, and resources you can use to start evaluating this massive release. 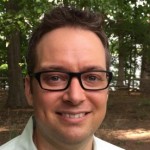 Bret Fisher
Bret Fisher has been a Windows admin for over 15 years.He has nearly 30 Microsoft certifications as well as previous Cisco, Citrix, and SANS Institute for security.

I recently attended the Microsoft Management Summit in Last Vegas with 5,000 fellow admins and engineers who specialize in the System Center product line. In its 14th year, MMS is still a unique Microsoft conference for sysadmins in that it’s focused exclusively on systems management using a pure Microsoft stack.

Good News! If you missed MMS, nearly all the sessions and keynotes are free online at the Digital MMS site (over 150 hours worth!). If you want to take the videos offline, someone’s written a PowerShell script to download them. Common topics beyond System Center 2012 include Hyper-V, PowerShell, Windows 7 deployment, MDT, and many more.

When you see session ID’s like EC-B101 in this article, search that ID on the Digital MMS site to watch it.

System Center 2012 is now a suite of eight products, but licensed as one suite. Even though Microsoft would like you to think it’s one product, they are still deployed as separate server apps… that is, you don’t have to deploy all of System Center 2012 to use just one component:

Microsoft is claiming that if you implement most of these products, then you’ll be on your way to enabling the “Private Cloud” in your sever room. Checkout session SV-B308 where Young Chou details what the private cloud really entails, which I found enlightening. The key takeaway for me is that virtualization of your servers is just the first piece in making your own Cloud infrastructure. You also need:

If you’ve ever seen the 4 stages of the Infrastructure Optimization Model (Basic, Standardized, Rationalized, Dynamic) which is a way to rate the maturity of your systems and processes, then just know that Private Cloud likely starts in the Rationalized stage. If your shop spends most of your days controlled by support tickets (reactive), and it takes you a day or more to set up a new virtual machine, then you’re likely in Basic (hey we all start there). Implementing the System Center suite could be one of the steps you take to mature your IT org toward the more advanced and automated stages where system admin life gets easier.

Are you a SCCM guru? Then Configuration Manager “State of the Union” CD-B102 will catch you up, and they also pitted common scenarios in SCCM 2007 R3 against SCCM 2012 (spoiler: 2012 killed it). A little quirky and fun.

The key takeaway is that all these products are “better together” as Microsoft likes to say: Data Protection Manager uses Operations Manager as a Central Console for multiple DPM servers. Orchestrator makes heavy use of Service Manager and Operations Manager. Service Manager pulls data from Configuration Manager for support tickets and some automation. The list goes on and on.

Microsoft has a Virtual Academy with a growing System Center syllabus of documents and videos.

“How do I evaluate System Center now?” you might ask. Microsoft has an Eval Center where you can download a trial of System Center 2012 and get a summary of all the pieces to this expanding puzzle. The bundled download includes a Unified Installer that lets you run the System Center suite installer on one server, and remotely installs the components on other servers. MS says the Unified Installer is only for simplifying test environment installs.

Each product requires its own Windows Server OS (or more) so you’re looking at a minimum of 9 (yep) lab virtual machines to test out the full suite. The User’s Guide and MMS Sessions FI-B330 “System Center 2012 Unified Installer” and FI-B328 “How to Build a Microsoft Private Cloud…” can help you out.

Have you been at the MMS 2012? Please share your impressions!