Michael Pietroforte  Fri, Jul 10 2015Tue, Jul 14 2015  microsoft  6
I admit that I was wrong. When Nadella took over, I predicted that Microsoft will dump Nokia in less than a year. But less than 15 months is quite okay, too. Google needed 19 months with Motorola. So Microsoft just beat Google.

Strictly speaking, Microsoft didn’t dump Nokia because Microsoft only acquired its mobile phone business. Nokia still exists as a company, and they will build phones again. I wonder how many of the 7,800 employees that Nadella just disconnected from Microsoft will go back to their former employer. 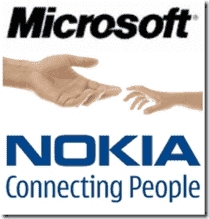 The devices that Redmond builds can be seen as templates for real hardware makers to demonstrate the potential of Microsoft’s operating systems. Microsoft is no longer a devices company. And that’s good. It is safe to say that Ballmer’s Nokia deal is the worst fiasco in the history of the computer industry. Google could at least sell Motorola to Lenovo. Microsoft can’t do anything other than dispose of Ballmer’s favorite toy.

Nadella’s email is an excellent piece of philosophical write-up. Jut like the great philosophers inspired generations of students to ask what the grandmaster wanted to tell us, computer journalists around the planet are now trying to interpret Nadella’s highly abstract text. And just as the great philosophers themselves often didn’t really know what their work actually means, I believe there is no hidden message in Nadella’s letter.

Some journalists speculated that Microsoft will now focus on the business side of IT and further abandon the consumer market. I doubt that this will happen. When Nadella took over with the blessings of Bill Gates, it was clear that Microsoft will return to its roots and become a company that focuses on building software for all major platforms. During the Gates era, it never really mattered for Microsoft if its clients were consumers or businesses or whether its software ran on a Microsoft OS or not.

What does this all mean for the IT pro? The fact that Microsoft is releasing Office 2016 for the Mac before Windows demonstrates that Nadella is deemphasizing not only hardware but also Windows. If you are at home in the Windows world, you should start deemphasizing as well. We now live in a heterogeneous IT world. The camp fights of the Ballmer era are over. Thus, you should no longer limit yourself to a brand or platform.