Michael Pietroforte  Thu, Jul 16 2015Thu, Jul 16 2015  azure, cloud computing, linux  0
Jeffrey Snover recently said that Azure will be the best cloud provider for Linux. Three announcements have to be seen in this context.

You have been able to run various Linux distributions in Azure for a while now. However, when you ran into a problem that was not directly related to Azure, you couldn’t expect much help from Microsoft. According to a new announcement, this is going to change. 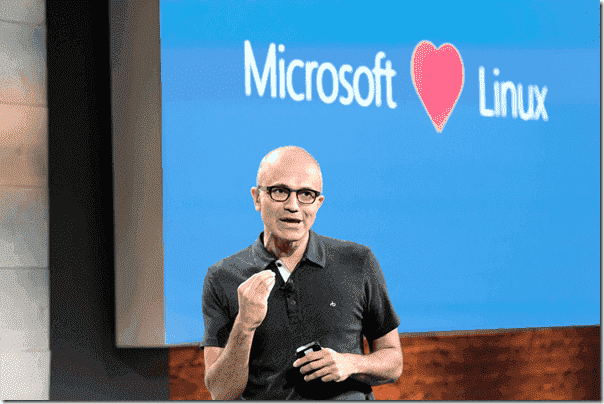 Microsoft also announced that you can now manage Azure Linux VM logs through the Operational Insights dashboard. Even more interesting, in my view, is the ability to manage SSH-enabled Linux hosts with Azure Automation.

Beginning on July 15, Microsoft will support installation, configuration, performance, and networking on Ubuntu, CentOS (OpenLogic), Oracle Linux, SUSE Linux Enterprise Server (SLES), OpenSUSE, and CoreOS” The support will include installation, configuration, performance, and networking. Security-related scenarios and third-party applications are not included in the offer. However, Microsoft will offer limited support for third-party technologies such as PHP, Java, Python, MySQL, Apache, Tomcat, and WordPress.

The support for Azure Automation comes with the new PowerShell module Orchestrator.SshClient.Cmdlets, which currently only offers the Invoke-AutomationSshCommand cmdlet.

Like Invoke-Command, the new cmdlet allows you to execute commands on remote machines. The difference is that the command is sent via the SSH protocol (instead of the WS-Man), and the command you execute must be supported on the Linux machine. Standard output is returned as a string and errors are written to the error stream. I speculated about running PowerShell via SSH just a couple of weeks ago.

The functionality of Invoke-AutomationSshCommand is currently very limited. It seems it doesn’t even support public key authentication. However, Microsoft plans to add new features in the future. There is even a survey where you can request new features.

Third-party PowerShell modules such as Posh-SSH already exist that support SSH and offer a lot more features. However, the fact that Microsoft is actively pushing the Windows–Linux integration is a good sign.

The other question is whether Azure is already a real option for running Linux in the cloud. Other cloud providers, most prominently AWS, obviously have a lot more experience with Linux. You can’t create a Linux culture in a behemoth like Microsoft overnight.

Microsoft’s main problem is that Linux experts who have experience with cloud computing are extremely hard to find. It is fair to say that Linux currently owns the cloud and that the boom in cloud computing in recent years has sucked up all the Linux geeks.

Of course, it is much more interesting for a Linux expert to work for Amazon than for the Windows maker simply because AWS is technologically more advanced and everything is totally focused on Linux. I think it will take quite some time before Azure can seriously compete with other established cloud providers in the Linux ecosystem.

Nevertheless, Windows shops that also have a couple of Linux machines will welcome Microsoft’s growing support for the open source operating system. It is also true that AWS can’t really compete with Azure with regard to hybrid Windows-based clouds. Other cloud providers are only recently beginning to take Windows seriously. Google just announced its intention to support Windows Server in its cloud platform.

The shortage of Linux experts is also a chance for Windows admins who want to expand their expertise. Considering that the integration of Linux and Windows will progress in the years to come, IT pros who have experience with cloud computing and both operating systems certainly have a bright future ahead.