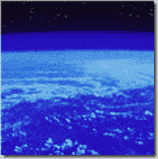 Yesterday, I blogged about Windows Azure, which is one of the four components of the Azure Services Platform. Today, I will give a short introduction to the other services and share my opinion about their significance for Windows administrators.

.NET Services is not really a new service. Microsoft just renamed the BizTalk Services, which were introduced a year ago. Perhaps they renamed it because many confused it with the BizTalk Server. I guess that many will confuse it now with Windows Azure because they are both related to .NET. The main difference is that Windows Azure is for hosting .NET applications whereas the .NET Services offer cloud-based infrastructure that helps integrate external applications. These applications can be cloud-based, i.e. they could run on Windows Azure, but they could also be on-premise applications, that is, apps running on your own servers. The .NET Services consist of three components: Access Control, Service Bus, and Workflow. Access Control is for identity federation (facilitates single sign-on), the Service Bus exposes application’s services on the Internet (makes them accessible via an URI), and Workflow implements the logic that coordinates the interaction of the applications. These components can be used by software vendors for their own applications.

The SQL Services were formerly called SQL Server Data Service (SSDS). Basically, it is a cloud-based service offering data storage capabilities. It is based on Microsoft SQL Server, but it only offers a subset of its data types and it is exposed as a web service, which means that it can be accessed over HTTP using the SOAP and REST protocols. “Cloud-based” means that Microsoft doesn’t just offer SQL Servers in its datacenters for rent. Users of this service would rather rent data storage. That is, you don’t have to manage the DBMS yourself. Therefore, you don’t have to worry about things like storage capacity, scalability, availability etc. Like .NET services, SQL Services can be used by software vendors for their own applications.

The Live Services encompass Microsoft’s Internet applications such as Hotmail, Live Messenger, or Live Search. These services, or more specifically the data behind these services, can be accessed by applications via the so-called Live Operating Environment. For example, a software vendor could offer a VOIP application, which accesses the user’s Live contacts to retrieve their phone number. As with all the other services of the Azure platform, HTTP is the only protocol supported.

Thus, one can say that the Azure Services Platform is Web-based. However, contrary to some other cloud service providers, it is not solely browser-based. Furthermore, Microsoft is not trying to replace on-premise computing like Google. Microsoft mostly targets ISVs (independent software vendors) with Azure, who will provide new kinds of applications that will run partly in the cloud and partly on conventional servers and desktops. Microsoft’s marketing dubbed this approach, already for quite some time as S+S (Software + Service) as opposed to SaaS (Software as a Service). With Azure, it becomes clearer what S+S really is. It is not just that they want to continue selling software licenses. Microsoft brings to bear its huge Windows ecosystem. Microsoft alone might not be able to stop the Googles and Amazons, but together with an armada of ISVs who will develop for Azure and for Windows, it is quite likely that Microsoft will extend its dominance to the cloud.

For Windows admins, this means that the complexity of their environments will grow significantly within the next few years. You will have to manage software that runs on computers within your organization and also software that runs in third-party datacenters. In addition, you have to make sure that they interact properly. Contrary to many others, I believe that cloud computing will require more IT staff in most organizations, not less. Cloud computing certainly will rationalize IT tremendously. However, IT became more effective since Konrad Zuse invented the first computer almost 70 years ago. Ever since, the number of IT pros has been growing. The reason for this is that more effective computer technology always made new kinds of applications possible. This extended the complexity of IT, which increased the need for IT pros. I believe that this also applies to cloud computing. Within the next few years, we will move some of ours apps to the cloud, some will stay in our server rooms and completely new kinds of applications will be invented.