The Microsoft Desktop Optimization Pack (MDOP) was just updated for 2014. MDOP contains Microsoft’s latest desktop technology and can allow an IT department to automate some very complex tasks. MDOP 2014 updates two core products in the management suite: Application Virtualization (App-V) and BitLocker Administration and Monitoring (MBAM). Let’s see what is new in App-V. 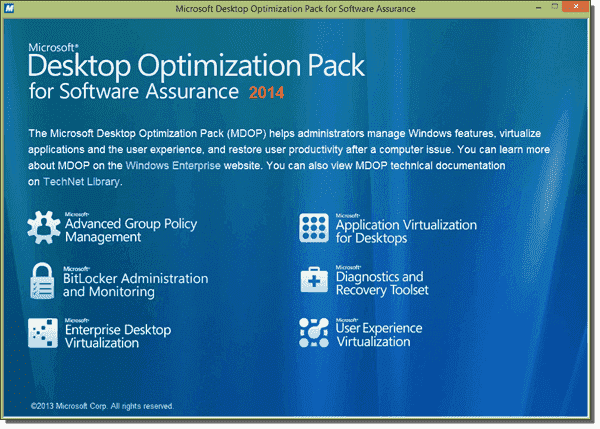 Setting up components in MDOP 2014

Microsoft App-V has received its spring update. This update brings the version up to 5.0 SP2 and introduces several noteworthy features. First, the App-V package converter has been reworked to detect and fix many of the reported conversion issues. This makes migration from App-V 4 to App-V 5 much simpler! 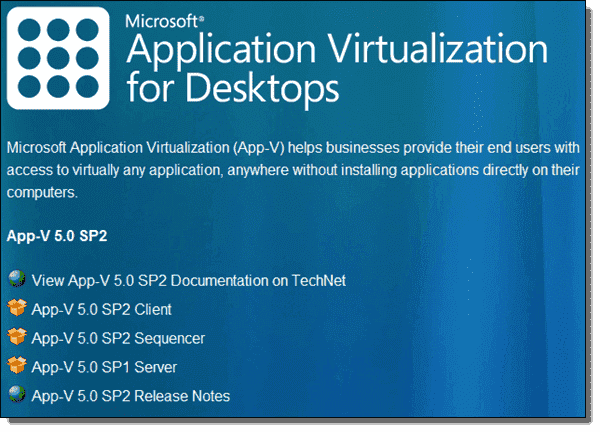 App-V 5.0 SP2’s client received co-operating support for other virtualization and networking technologies. The client can now take advantage of UE-V when accessing virtualized user data. New packages can also use alternative credentials to access shares. This can allow IT administrators to remove extra share permissions that were previously required for App-V.

Another notable upgrade is full support for parallel packages. This allows you to support an application, deploy an application update, and run both packages at the same time. Being able to run two versions of the same application, in the same environment, while accessing the same data, is a huge plus! This capability allows you to fully test an upgrade before deploying it.

MBAM has been upgraded again! This is the second big release for MBAM in six months, and the third update in just a year. Clearly, Microsoft is serious about BitLocker management. 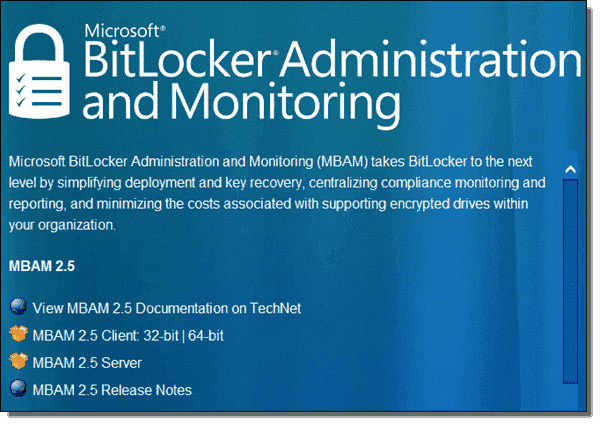 MBAM 2.0 brought SCCM integration and reporting, a user self-service portal for recovery, and Windows 8+ support. The biggest change in MBAM 2.5 pertains to the additional compliance and enforcement policies. An IT administrator can now define a grace period for drive encryption. This allows a device to be imaged quicker, handed to the user, and encrypted after first use.

The encryption process can be set to prompt users over a period of time and begin encryption when the deadline has elapsed. In function, this setup is very similar to application installations in SCCM 2012. This is logical, considering the ability to integrate MBAM into a System Center environment.

As you know, BitLocker can operate in a few different modes, including PIN mode. One potential security concern with a user-selected PIN is a PIN that is simple to guess (for example, 123456). MBAM 2.5 now has basic complexity requirements to prevent this exact scenario.

The final big update to MBAM will certainly make larger organizations happy. MBAM now fully supports multiple forests under a single MBAM environment. When an organization upgrades to MBAM 2.5, the separate MBAM infrastructures can be consolidated.

What’s next for MDOP?

For MDOP to remain relevant, Microsoft will have to continue its regular bi-yearly update. Products such as AGPM will have to be updated with features (such as PowerShell support). Other possible products could also include granular support for the newer UI in Windows 8.

If you don’t have MDOP, don’t worry too much. As the technologies age, their features are incorporated into other products. My bet? MBAM will soon have a starring role in the next release of System Center.