Roland Eich  Mon, Oct 12 2020Mon, Oct 12 2020  microsoft teams, office365, powershell  1
End users can mostly manage Microsoft Teams themselves, but the IT department still has some administrative and supporting tasks to cope with. As with all other Microsoft 365 services, there is a dedicated PowerShell module that allows administrators to automate many tasks.

Latest posts by Roland Eich (see all)
Contents of this article

In the first step, as with most external services and applications, you have to add the appropriate PowerShell module to the system. For Teams, the command used to do this is as follows:

To install the module, you may need to agree to update your NuGet provider and confirm that you want to download from an unsafe source. PSGallery is still not considered trustworthy.

Installation of the PowerShell module for Microsoft Teams from PSGallery

Occasionally, the following error may occur:

This is usually because PowerShell Gallery no longer accepts connections with TLS 1.0 and 1.1. Some versions of PowerShell still use them by default. I was able to solve the problem by configuring the registry keys with the following commands:

In this case, you need to restart PowerShell and run the Install-Module command again.

To verify the success of the installation and get an overview of the available cmdlets, you can issue this command: 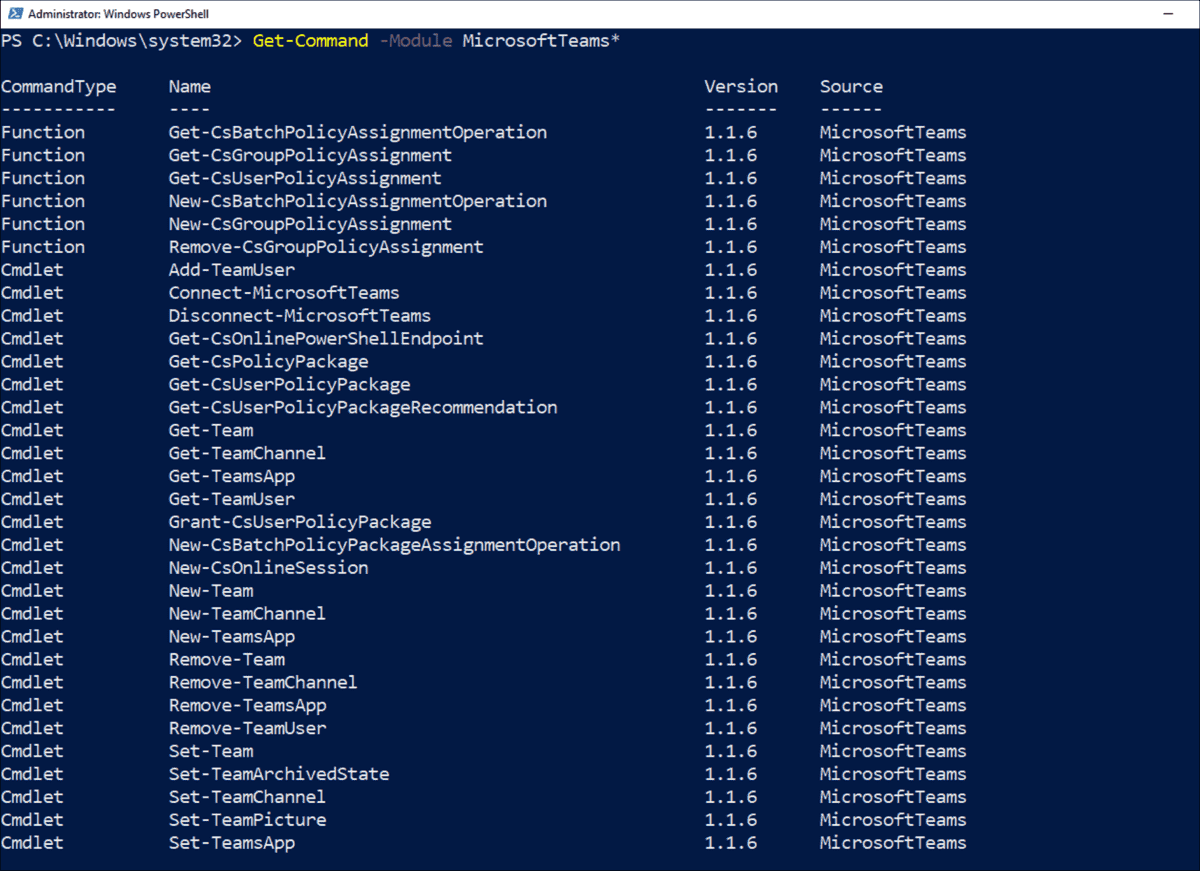 List of cmdlets included in the PowerShell module for Teams

As with PowerShell for Exchange and other online services from Microsoft, you have to connect to Teams first before you can manage them via scripts. For this purpose, enter the following command: 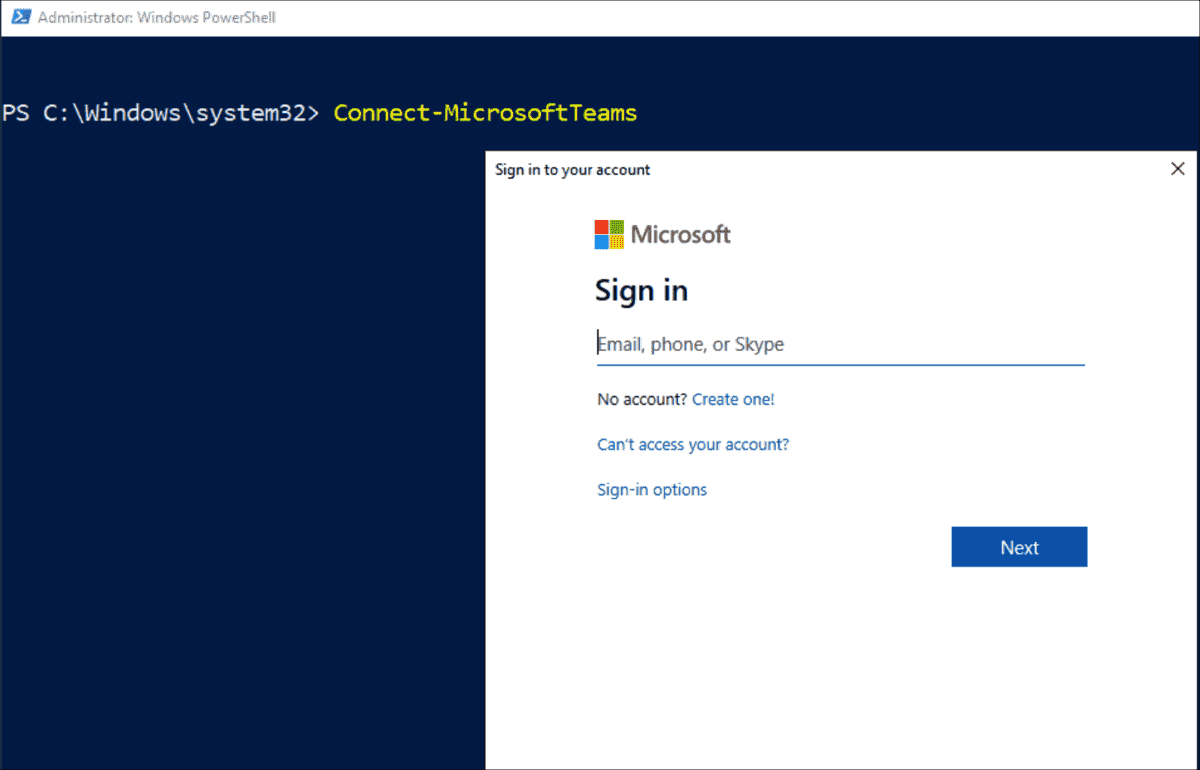 Logging on to the tenant is possible with or without multi-factor authentication (MFA).

With the following command, you get an initial overview of the teams that have already been created: 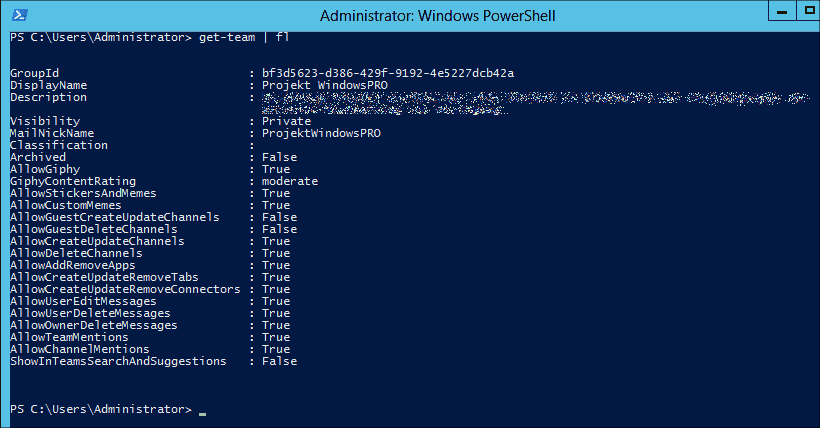 You can create a new team using the following command:

Corresponding to the options available in the Teams client, you can pass several parameters to the cmdlet.

If you want to change the settings of a team afterward, you can do this using Set-Team.

It essentially supports the same parameters as New-Team, so you can use it to subsequently change or add values to the properties of a team if you did not configure them when you first created it.

In this example, I will just change the name of the team:

As you can see, you refer to a certain team using the parameter GroupId.

Members can be added when creating a team with New-Team or later on with Add-TeamUser. Conversely, you can remove them again with Remove-TeamUser.

Add members to an existing team

Get-TeamUser then displays all users of a team, whereby the latter is again specified via the GroupId.

If the team is no longer needed and should, therefore, be deleted, it can be done using the following command:

Deleting a Team via PowerShell

This command is useful for automation, such as removing teams that no longer have an owner or have no remaining members.