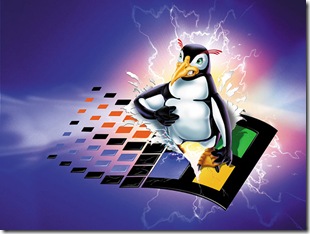 These are certainly interesting numbers. The article also explains why the downtime of Windows Server 2003 went up. It seems as if there were more Windows updates in 2007 requiring reboots. Hence, one cannot conclude that Windows Server 2003 systems are crashing more often than Linux systems.

However, downtime is downtime. These results match more or less with my own experience. Most of our servers don’t reboot, automatically. So I am quite aware of the downtimes of our Windows servers. I am even a little surprised that the average downtime was only increased by 25%. I’d say that the number of reboots was much higher than in 2006.

With every new operating system version, Microsoft promised to reduce the number of required reboots. Thus far, it seems to me that they were unable to keep this promise. Let’s see if it will be better with Windows Server 2008.

However, I am not sure if these results really speak for Linux. I think, the main reason why the number of reboots increased is because Microsoft is more serious about security than before. So the patches come faster and therefore reboots are more frequent. There have been quite a few studies that show that Microsoft is patching faster than Linux distros. Usually, Linux vendors reject those statistics. I never found their arguments convincing though.

One thing is for sure. The number of patches will go down with Windows Server 2008, simply because Microsoft’s developers value security more than ever. There is already a significant difference between Vista and Windows XP. The number of security updates in the first year after Vista’s release was almost twice as high for Windows XP. This does not only mean that Vista is more secure than XP, it also implies that the costs for patch management are higher with XP.

Since Vista and Server 2008 share about 70% of their code, it is quite probable that we will see a similar development in the server field. I even expect that the difference between Windows Server 2003 and Server 2008 is bigger than with XP and Vista. Many of the teething troubles of Vista RTM were fixed in Vista SP1. Thus, the reliability of Server 2008 should benefit from these improvements, too.