Is Server Core really a GUI-less operating system? Or how to run Firefox on Server Core

Home Blog Is Server Core really a GUI-less operating system? Or how to run Firefox on Server Core

I seriously doubt this now. Inspired by CoreConfigurator, I tried a couple of other tools with a GUI on Windows 2008 Server Core. I was surprised that most of them worked. I tried two file management tools, a Registy Editor, Microsoft’s Process Explorer, and (that was the fun part) Firefox. I was also tempted to install Office 2007, but I left this exercise to other jokers. 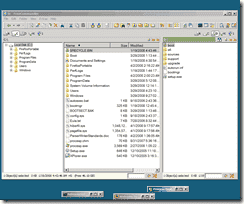 Installing those tools wasn’t a big deal. All you have to do is to launch the setup files. As file managers, I tried FreeCommander and Xplorer. Both are free Explorer alternatives. Most of the features worked flawlessly. With some I had problems though. For example, I wasn’t able to map a network drive with both tools. However, when I mapped a share on the command prompt I was able to access it with both file managers. 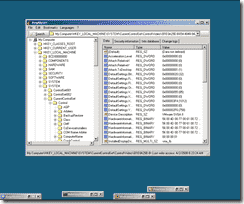 Microsoft’s Process Explorer worked as well without problems. I suppose, most of the other Sysinternal tools can be used on Server Core, too. So I started wondering if there are any GUI-based programs that don’t work. There are certainly such tools. For instance, I wasn’t able to install Terminals, an RDP client. But I somehow think that it won’t be a big deal to adapt it to Server Core. 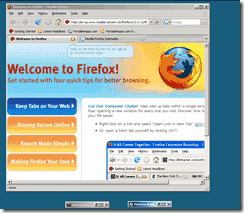 I was quite surprised, though, that I was able to launch Firefox on Server Core. The other tools were rather simple management tools, but a web browser is something different. However, I only tried the portable edition of Firefox. I know, it comes close to a sin to install a web browser on a system that was developed to offer better security. Well, you know me, I am into graphical user interfaces.

When I first heard that Microsoft plans to offer a GUI-less Windows version, I wondered how this could possibly work. Their first operating system having a GUI (Windows 1-3) were DOS-based and the graphical interface was just an add-on. Later, Microsoft decided to give up this concept and created an OS that was unthinkable without a GUI. This move was quite smart and lead to Microsoft’s monopoly.

With Server Core, they are trying somehow to turn back the clock. But now we have the opposite situation. Windows Server 2008 is an operating system that was designed to be managed by a graphical user interface, but Server Core is supposed to be operated only with a CLI. And like the first Windows versions that were unable to deny their DOS-based nature, Server Core can’t hide that it is still Windows. In my post about Server Core and VMware, I demonstrated how an easy thing such as changing the mouse pointer can get quite complicated. All Windows settings are stored in a database, i.e. the Registry. This makes sense as long as you have GUI tools to access this database.

This is quite unlike Linux where you don’t need GUI tools because all settings are in simple text files. Basically, Linux is a GUI-less OS and X-Windows is just an add-on. I have read a couple of times that Microsoft came out with Server Core because customers were asking for it. The truth is, however, that Server Core was born at a time when Microsoft was afraid of Linux. So they tried to copy some of its features. Componentization, Server Manager and PowerShell are other products of this process. Whereas those solutions were more or less successful adoptions, Server Core is not.

All they did was to delete some GUI tools. GUI tools need a lot of disk space and memory, so Server Core seems to be a slim OS. This is supposed to reduce attack surface, Server Core’s alleged biggest advantage. However, I doubt somehow that removing a couple of GUI tools will improve security significantly. Server Core is still Windows, it is not Linux. Windows admins will surely get tired of messing around with the Registry and with typing longwinded commands and will just install GUI tools from third parties. This will probably weaken security.

Coming back to my question in the heading of this post, no, Server Core is not really a GUI-less OS. Like other current Windows versions, it is a GUI-based operating system which just lacks some GUI tools that can be added easily.