Is Chrome OS now a real threat to Windows?

Michael Pietroforte  Tue, Jan 20 2015Tue, Jan 20 2015  browser, chrome os, microsoft  2
During the holiday season, the top three computers sold on Amazon.com were Chromebooks. Does this mean that Chrome OS has become a real threat to Windows?

Search for “computer” in Amazon’s press release in which they celebrate another record-breaking holiday season. Chromebooks had been doing well on Amazon before, but I think it is also a record that the first three places in the computer category are going to laptops running Google’s PC operating system. 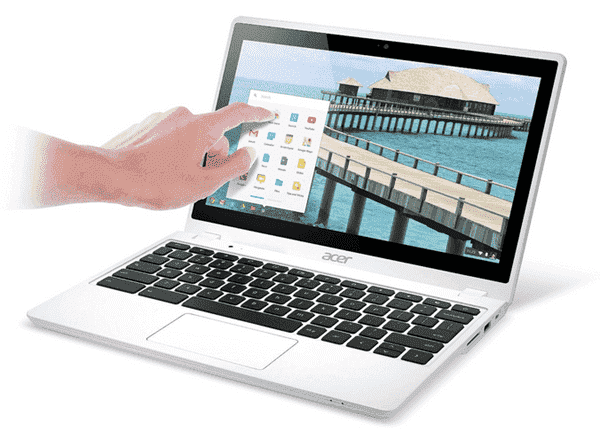 The first question that comes to mind is whether the sales numbers of the online retailer are representative. Considering that the top three sellers in the tablet category (because Amazon tablets are not computers) were Fire tablets, I think we have to take these rankings with caution. Of course, the main reason Fire tablets are doing so well in these statistics is because Amazon is heavily promoting their own tablets on its website. They don’t do this for Chromebooks; however, Amazon has many ways to influence buyer decisions.

We also have to take into account that we are talking about Christmas presents here. People tend to give presents in a certain price range that are original and special in some way. Not too many business executives found their $2,000 Ultrabooks under the Christmas tree.

Nevertheless, I find this success of Chrome OS quite amazing, especially if we consider that Windows 8.1 laptops are available for low prices comparable to Chromebooks. Previously, analysts argued that Chromebooks are doing so well because they are cheaper than Windows laptops. It appears Microsoft’s strategy to allow OEMs to install Windows 8.1 with Bing, without royalty costs on cheap laptops, didn’t really work out.

Microsoft’s other theory was that buyers are often fooled into believing that a Chromebook is a full-powered PC, and they later regret their purchase when they find out that a Chromebook is only good for surfing the web. After all, a Chromebook looks just like a normal laptop on the web page of an online store. However, I think this theory is also incorrect.

In general, Chromebooks are getting very good ratings on Amazon. If you skim through the comments, you’ll notice that buyers were quite aware of what they were getting before they made their purchase decision. I also read comments from Chromebook buyers who gave a low rating; it appears only a very small number really believed that they would get a full-powered Windows PC. Most complaints I found were about the hardware, not the software. 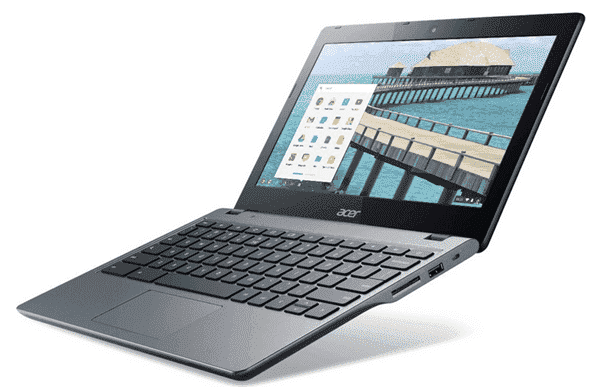 So why do many laptop buyers prefer a Chromebook over a Windows laptop? You can find the answer to this question if you read comments from buyers who rated their Chromebooks with five stars, and you can summarize their reason with one sentence: It just works!

Many Chromebook fans are tired of installing apps, fending off malware, and troubleshooting their operating system. This is why they defend their decision, not only against Windows laptops but also against Android tablets. As long as you mostly consume content and don’t want to use your computer as a gaming device, a Chromebook is probably good enough for many home users.

Does this mean that Microsoft is doomed to lose this battle against Google? Can you imagine a Windows laptop that just works? If you can, you must have rich fantasies. It is an irony that Linux-based computers appear to win against Windows PCs because the latest incarnation of the Torvalds OS is easier to use than the Gates OS. Is the worst nightmare of the Microsoft founder—that is, that Windows has to compete against a free OS—coming true?

I think the answer to Redmond’s trouble lies in the paragraph above. Heck, how can it be possible that Linux has become easier to use than Windows, overnight? Google’s pony trick is very simple. Teach the pony only one trick and make sure that it can do this trick better than other ponies.

Perhaps Microsoft’s previous CEO, who was a pony trick expert, would have seen the solution to the Chromebook problem earlier. Of course, you can teach Windows the same trick. All that Microsoft needs to do is offer a Windows version where only a web browser can be launched. I like the name “Spartan PC.” Windows without malware, troubleshooting, and software updates is possible. If the only thing you can do is launch a browser, you don’t have many options to run into any kind of trouble. Windows updates could be installed automatically in the background without bothering users.

Why would consumers prefer a Spartan PC over a Chromebook? I think if Microsoft adds the option to convert a Spartan PC into a Windows PC without much hassle, many buyers would go for the Microsoft version of a hardware-based web browser because they know that if they ever realize they need more than just a few simple web apps, they can transform their computer into a full-blown PC.

Perhaps there are other solutions for Microsoft. One thing is for sure. Redmond should now take this threat very seriously. Microsoft once won the war against the mainframe industry with low-end computers. Windows is now not only in every home, as Bill Gates once dreamed, but also in every datacenter because, once PCs were widely available, many third-party software and hardware makers jumped on the bandwagon and created this huge Windows ecosystem. 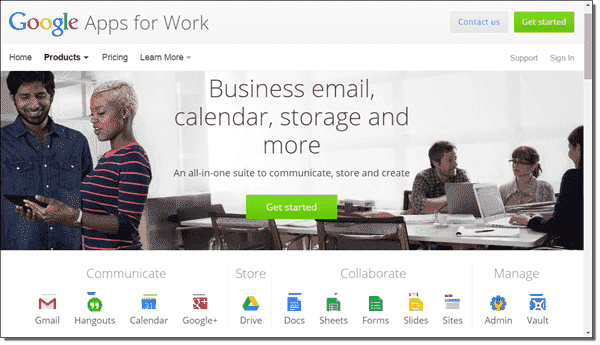 The same could happen with Chromebooks. If Redmond keeps losing these battles at the low end, in the long run they could also lose the war. The more Chromebooks are sold, the more interesting it becomes for software makers to switch sides and develop HTML5 apps instead of Windows applications.

Of course, the problem with a Spartan PC is that this approach would still mean that many software vendors will switch to HTML5. However, the point is that Microsoft could put links to its cloud apps on Spartan PCs. The IT industry’s main battle is fought in the cloud and the access paths are important territories worth defending.

If Redmond now makes the mistake to neglect the low end consumer market, you might find Chromebooks conquer your networks sooner than you can imagine. Yup, that would mean you no longer need your PowerShell and Group Policy skills. No more Hyper-V and no more System Center. Just let your users unpack their Chromebooks, and the OS deployment is done. All your company then needs is one admin that ensures that the right links to the web apps in the cloud appear on the user’s PCs.