In the last post of my IPv6 series, I outlined the main reason why you should now get started with IPv6: IPv6 will come soon to your network whether you like it or not. Network engineers have a few other reasons to offer, and this is the topic of the next two articles. The new IPv6 features are not really new because the protocol has already existed for more than 10 years. For this reason, I won't just repeat the feature descriptions, which you can read on countless other sites, but I will outline my view about the significance of these enhancements. 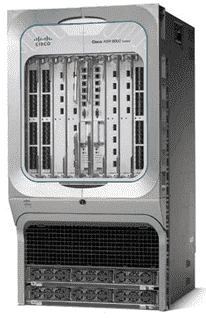 To be honest, I am not really impressed by these numbers. We are now entering the nano technology age, which means that we will have more and more, much smaller, communication devices than the IPv6 inventors have anticipated. Considering that a cubic meter of ideal gas contains around 1025 atoms, the number of 1023 IP addresses per square meter appears to be relatively small. I know this sounds like science fiction, but, for the inventors of IPv4, the Internet as we know it today certainly was science fiction at their time. We needed about 30 years to use up all of the IPv4 addresses. My gut tells me that the IPv6 addresses won't last that long.

The Internet address classes of IPv4 allow hierarchical addressing to a certain extent. Hierarchical addressing makes routing more efficient because it reduces the size of routing tables. However, considering that the computation power of routers increased at a higher rate than the growth of the Internet, this was not really a problem.

Nevertheless, it is quite likely that the Internet will now grow at a higher rate than ever before, not only because the total population of the emerging markets (especially China and India) far exceeds the population in the developed world but also because the new type of devices (mobile phones, tablets, ebook readers, TV sets, etc.) also require IP addresses. Thus IPv6's new hierarchical addressing capabilities are certainly important. And here the IPv6 inventors did not really scrimp. Of the 128 bits of an IPv6 address, 64 bits are used for hierarchical addressing, 48 bits for the public topology, and 16 bits for the site topology. The latter means that you can work with hierarchical addresses within your organization.

IPv4 has limited support for Quality of Service (QoS)—that is, real-time delivery of data through the Type of Service (TOS) field. One problem of QoS in IPv4 pertains to TCP and UDP port identification, which is not possible if the IPv4 packet is encrypted. The other problem is that QoS in IPv4 is not really standardized. The IPv6 header has the Flow Label field, which allows QoS handling that is independent of the payload.

While this new feature is technically interesting, in practice QoS is quite problematic for traffic on the public Internet. You might have heard of the stir that the alleged Google-Verizon deal caused. Google intended to pay Verizon to prioritize their traffic.

The main question is how you decide which traffic has priority. Is it justified that you have to wait for the latest 4sysops article to show up on your screen just because some teens clogged the net with their YouTube videos? And if you pay for QoS, how can you measure that your traffic really has a higher priority? One thing is for sure, if QoS really comes, then the complexity level of the Internet will be raised again by one or two bars, which means more work for IT pros.

In the next post I will talk about IPv6 IPsec and the IPv6 LAN features.