You've probably heard the news that the Internet is in trouble. The last block of IP addresses has been assigned by the Regional Internet Registries. However, considering that NAT is an efficient mechanism to remedy the shortage of public IP addresses, we won't really experience problems any time soon. 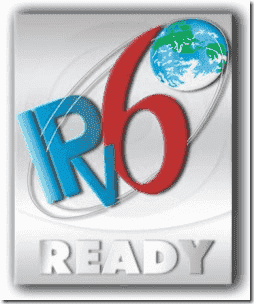 But this is only true for the developed countries. Developing countries, especially the emerging markets, are only at the beginning of building up their Internet infrastructure. For them, NAT probably is not really a solution because you need at least a certain number of public IP addresses to be able to communicate efficiently with the rest of the world. Hence, these countries probably will start introducing IPv6 quickly now.

This will also increase the pressure on those countries that already have a developed Internet infrastructure. Although there are ways that IPv4 and IPv6 networks can communicate, the fact that IPv6 introduces quite a few new features will cause problems when IPv6 traffic has to be transferred to IPv4-only networks.

All of these problems are certainly solvable, but there is no doubt that the complexity of the Internet will increase rapidly now, and this won't make life easier for system administrators. While network engineers will tell you that IPv6 will simplify networking, the truth is that it will only make things easier for computers but not for humans. It is not only that we will have to manage IPv4 AND IPv6 for quite some time, and that during the transition the interoperation of IPv4 and IPv6 will produce countless error messages in our networks, it is also because IPv6 is certainly more complex than IPv4. All of these new features come at a price. Many new organizations will need to hire new network administrators to manage these new complexities.

As a Windows administrator, you probably don't have to know all the details of IPv6 as long as you are not responsible for your organization's routers and firewalls. However, since networking issues are often the cause of Windows administration problems, you need at least a basic understanding of IPv6 and, from what I have seen so far, you will have to invest more time than you invested in learning IPv4.

I think now is a good time to start learning IPv6. This will probably be a long process because you also have to do your regular work. As to my experience, you can't really learn such a technology by just reading some papers or books. You really have to play with IPv6 for some time until you get a feeling for which things you really need to know for your work. Hence, even if you most certainly won't switch your productive network to IPv6 within the next months, it can't be wrong to make the transition now in your test network.

In the next two posts of this IPv6 series, I will give an overview of the new features of IPv6.