Since I wrote the IPv6 tutorial almost four years ago, I never again had to deal with IPv6. I think I forgot almost everything I learned when I wrote the guide. This article by the IPv6 evangelist Tom Coffeen reminded me that the alleged IPv4 successor is still out there.

I was always a bit skeptical about IPv6, but in 2011, I somehow believed that the breakthrough of the new Internet protocol was imminent. If you regularly read 4ysops, you know that I always supported the aggressive adoption of new technologies. If someone gave me a switch that allowed me to block IPv4 traffic worldwide, I wouldn’t hesitate to push the button (maybe with a few months forewarning).

However, the Internet community obviously has little interest in IPv6. Of course, Tom Coffeen sees this different. He presents data from a few US Internet providers that appear to indicate that IPv6 adoption is growing rapidly. According to Coffeen, Verizon’s IPv6 traffic reached 54 percent, Comcast’s 30 percent, AT&T’s 21 percent, and Time Warner Cable’s 10 percent.

These numbers seem to be a bit high for me, considering that Wikipedia states that IPv4 still accounts for 96 percent of the worldwide Internet traffic.

Anyway, the Internet traffic as such tells little about the adoption of IPv6. I don’t have statistical data, but my guess is that most of the IPv6 traffic is server-to-server or router-to-router communications, because the vast majority of end user devices still run on IPv4. Naturally, servers exchange a lot of data. Hence, the sheer amount of traffic has little informative value with the regard to IPv6 adoption.

This is somewhat ironic, because the major motivation behind IPv6 once was the alleged shortage of IPv4 addresses for end user devices. About 20 years after IPv6 was developed (between 1993 and 1994), all those scenarios of the Internet’s demise never happened.

20 years is a lot in our technological world. In 1996, when the IPv6 RFCs were released, the first “mobile web” was introduced by Nokia (Nokia 9000 Communicator) in Finland (four years before the first Blackberry). Do you remember how those mobile phones with Internet access looked at this time? The “Internet speed” of the Nokia 9000 Communicator was 56 Kbit/s. 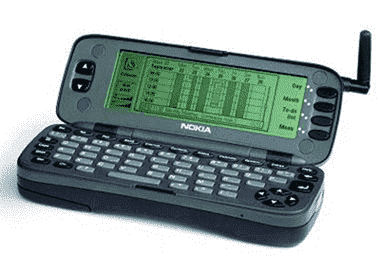 It seems a century has passed since then, and this is the timeframe in which IPv6 was created. It is a truly old fashioned technology. Modern smartphones are already working with the fourth generation of the mobile Internet, whereas one level higher in the OSI model nothing has really changed. Obviously, the mobile Internet and IPv6 showed varying developments. After 20 years, four percent IPv6 traffic is indeed embarrassing.

What went wrong with iPv6? ^

So what went wrong with IPv6? Obviously, the prophecies that the IP address shortage would cause the Internet’s demise were hopelessly exaggerated. Nobody seems to be really interested in the other advantages of IPv6, because higher-level protocols can step in where IPv4 falls short.

Those long IP addresses just look ugly, and managing IPv6 is much more complicated than managing IPv4. This is an important factor, because end users still have to deal with IP settings. Even in corporate environments, IPv6’s complexity means higher costs, while offering only limited benefits.

I am no networking expert, but I think IPv6 was a step in the wrong direction. The slow adoption is essentially a verdict of the Internet community. In my view, low-level protocols should be as simple as possible, and high-level protocols should be responsible for complex networking tasks. Different applications, such as video and audio streaming, VOIP, web applications, etc., have different networking requirements that can be better managed at the application layer.

The mere shortage of IP addresses didn’t really justify the introduction of a completely new protocol. It would have been enough to extend the length of IPv4 addresses. This solution once worked well with phone numbers. For instance, we could have just added country and city codes to IPv4 addresses, and the address shortage would be no more. With such a simple extension of IPv4, by now, the transition would have already been accomplished.

The extremely slow adoption of IPv6 probably means that it will never really replace IPv4. It is more likely that both protocols will be replaced with something completely new that will come more or less overnight.

This doesn’t mean that I don’t support the adoption of IPv6. I am one of those progress addicts who like change just for the sake of change. IPv6 offers few benefits, but it is better than IPv4. IPv6 is the best IP protocol we currently have, so we might as well use it.

One thing is for sure, though: at the moment, no organization needs an IPv6 adoption strategy as Coffeen recommends. I felt my head shaking when I read this:

Does your organization understand how this might impact the services you offer? For example, is your competitor’s website available over IPv6 today, while yours isn’t?”

So I have a competitive advantage if my web server supports IPv6? Really? That is a strong claim, considering no end user devices are currently running on IPv6. In mv view, such assertions are highly dubious, and FUD doesn’t really improve the reputation of the protocol or of the organizations that benefit from its adoption.

The truth is that almost no website runs on IPv6. For instance, the leading cloud provider Amazon does not even support IPv6 for its EC2 instances (only Elastic Load Balancers are IPv6-capable). If there really was a demand for IPv6 in the Internet industry, the most aggressive and forward thinking infrastructure provider would certainly support it. Of course, it doesn’t look much better at other providers. Microsoft also doesn’t see IPv6 support as a competitive advantage for Internet services, as Azure runs on IPv4 only.

So how is the situation in your organization? Do you have an “IPv6 adoption strategy”?