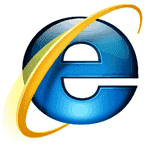 In my last post I covered the arguments usually heard when people compare Internet Explorer and Firefox. From my perspective however, other factors have to be considered when comparing the two vis-a-vis the corporate environment. I outlined these issues in my previous posts, which dealt with earlier versions of the two programs. For this article, I reviewed the situation, and I must admit I was a little surprised that not much has changed. It appears that the guys and gals at Mozilla are not really interested in giving Firefox a chance in corporate networks.

Deploying Firefox is not a big deal but you certainly have to invest some time in it, depending on the number of computers within your network. The Frontmotion project offers the MSI files for the latest Firefox versions. Thus, you can use Group Policy, or any other software deployment solution, to install Firefox on your network. Deploying IE7 on XP machines is not a big deal either, though. As Internet Explorer 7 is just a Windows update, you don't even have to lift a finger to install it if you already have a patch management solution such as WSUS (I hope you do). Of course, Vista already has IE7 installed, so there is no extra cost involved, and no extra work either. Internet Explorer 8 will also be a Windows update. Therefore, in most Windows environments, IE is the less labor-intensive web browser.

When it comes to patch management, Firefox's position is even worse. Yes, you can always deploy the latest Frontmotion MSIs, but this certainly is much more time consuming than letting WSUS replace a DLL or two. There are third party patch management solutions that support Firefox, but they cost extra. In response to my previous posts, some readers mentioned that Firefox has an integrated update feature. However, using this feature is not an option in corporate environments. You really don't want end users install software on their PCs.

I was most disappointed by the developments made to Firefox's central management features. I wonder why the Mozilla team continues to neglect this area. Frontmotion offers ADM templates which allow you to manage Firefox through Group Policy. I also found a second project offering an ADM template for Firefox. When I tried to load these templates on Windows Server 2003, however, both triggered error messages. These are probably related to minor syntax errors, but certainly didn't make a good impression on me. I didn't bother to fix them, because as I skimmed the contents of the files, it became obvious that they were absolutely no match for IE's capabilities.

The first time I configured IE centrally was more than ten years ago, using Internet Explorer 4 on Windows NT 4 machines. NT's system policies were quite limited compared to today's Group Policies. However, IE 4's central management features were already much more sophisticated than those of Firefox 3 today. Since then, Microsoft has continuously improved IE's corporate related features. The latest enhancements have arrived with the Windows Server 2008 Group Preferences, which allow you to pre-configure all kinds of IE settings that can be modified by end users. It is now possible to centrally preset every tiny switch.

Please note that I haven't discussed all of the arguments that speak against Firefox. Check out my earlier articles for more information on these. As far I as I can see, they are all still valid.

By the way, I am a passionate Firefox fan boy. I use Internet Explorer only whenever I come across a web site that doesn't work properly in Firefox.