Wolfgang Sommergut  Fri, Sep 18 2020Fri, Sep 18 2020  deployment, linux, web server  0
The Subsystem for Linux 2 (WSL2) includes its own Linux kernel and is able to run numerous programs natively for the open-source OS. It therefore makes sense to use this environment for web development and to install Apache, MySQL, and PHP.
Contents

To run a LAMP stack under Windows, Linux can, of course, be installed on a virtual machine. In addition, there are ports for Apache, PHP, and MySQL or MariaDB for Windows, so that they can also be set up there using XAMPP, for example.

Advantages of LAMP in WSL

Compared to Linux in a VM, WSL2 offers much tighter integration with Windows 10, enabling you to start Windows applications from bash or navigate through the Linux file system with the Explorer.

It is also interesting to note that Linux services can be accessed from Windows via localhost, for example, if you run a web application on Linux and want to display it in the browser on Windows.

The Windows ports of the LAMP components are not ideal if you develop a web application locally, but the production environment runs on Linux. Again, WSL2 is a good compromise because it provides native Linux in the familiar Windows environment.

Microsoft offers several Linux distributions for WSL2, which can be installed via the Microsoft Store once the subsystem has been activated as a Windows feature (see Install Subsystem for Linux 2 (WSL 2) on Windows 10 2004).

This guide shows you how to set up a LAMP stack using Ubuntu, which is currently available in versions 18.04 and 20.04. After starting the program for the first time and specifying the root password, enter these commands to install the latest updates: 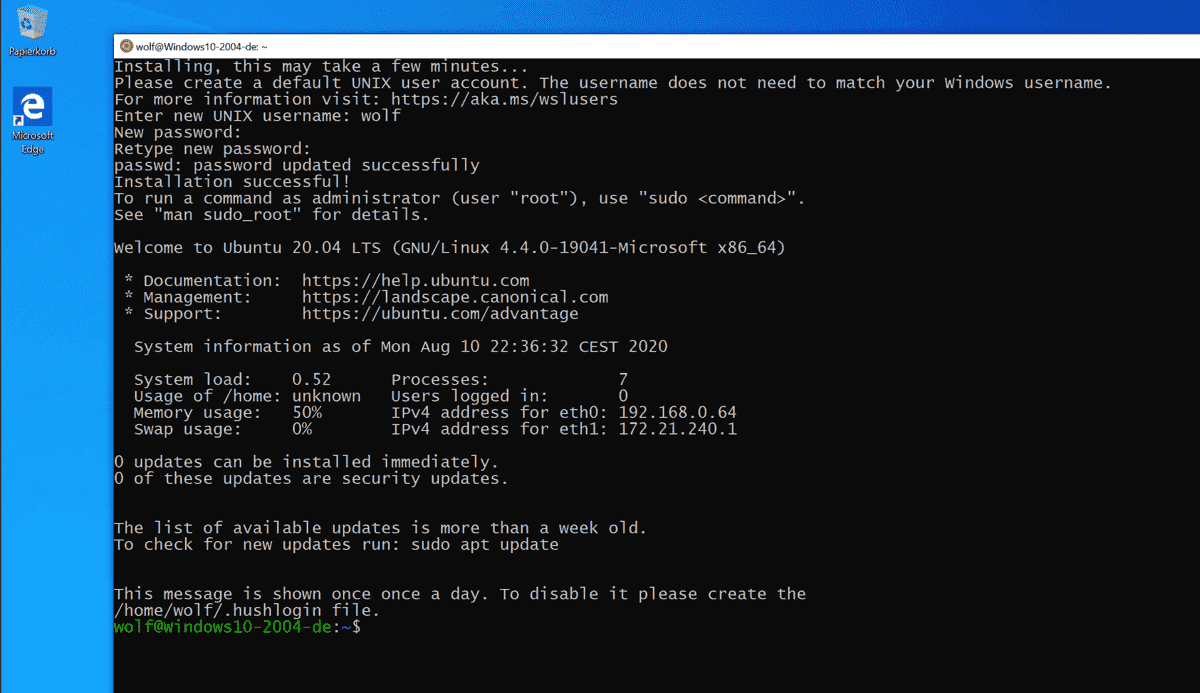 Then you can start installing Apache, MySQL, and PHP.

Some instructions on the web pass the names of all components to apt-get. It is easier to use the lamp-server meta package, even if you don't have control over the installation down to the last detail:

The caret after the lamp server is required because it marks a meta package. 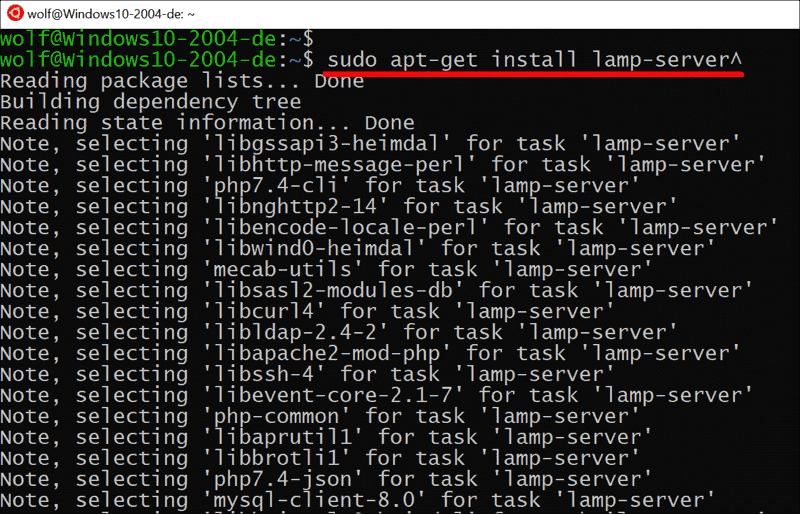 Installing the meta package for the LAMP server

If you use the distribution of Ubuntu 20.04 in WSL2 the installation of MySQL 8.0 fails

Several forums discuss this problem, but at the moment there seems to be no solution. The only way around it on this version of Ubuntu is to remove the installed MySQL components and then set up MariaDB as an alternative:

If you start the Apache server immediately after a successful installation, it will issue the following warning:

Therefore, you should first open the configuration file with

Then, insert the following lines: 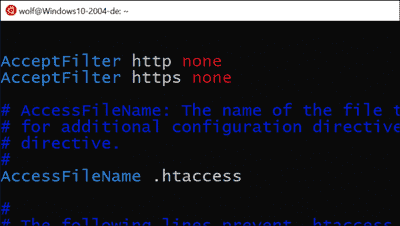 Adjusting the configuration for Apache to avoid the warning at startup

The first time you launch the HTTP server, the Windows firewall appears, in which you have to allow apache2 to connect to the network.

Checking the functionality of PHP

In the next step, it is recommended to test the correct function of PHP (Ubuntu 20.04 uses PHP 7.4 by default, Ubuntu 18.04 version 7.2). To do this, create a file with the name phpinfo.php under /var/www/html and add the following content:

The information about the installed PHP should be displayed here:

Output information about PHP to check its functionality

MySQL also requires customization before the initial start to avoid a warning from the wsl-integration.sh script. It ensures that the account under which the database runs is assigned a home directory:

Depending on the security requirements of the development environment, you can execute the security script by issuing the command

Then you start MySQL with

A popular tool for managing the database is phpMyAdmin. You can install it and some of the PHP modules it requires with this command:

Installing phpMyAdmin including some PHP modules

Subsequently, you can start the tool using: